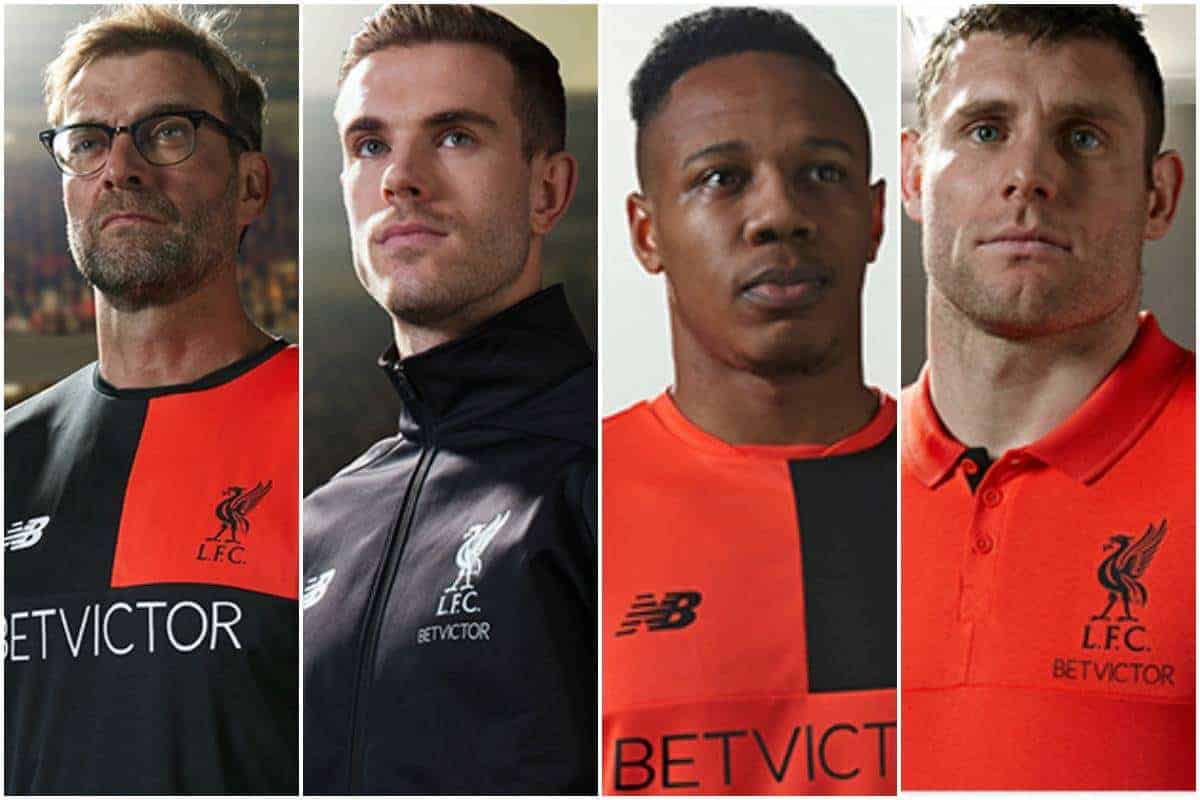 Liverpool have unveiled their new training kit range, just in time for the Reds’ squad returning for pre-season training on Saturday.

The new range is sponsored by Bet Victor, who are confirmed as the club’s new “principal partner” – replacing airline Garuda Indonesia – for the next three years.

The new range, produced by New Balance, will be worn for the first time when the players begin pre-season at Melwood on Saturday.

Images below show the new ‘walkout’ jackets which players will wear before Premier League games.