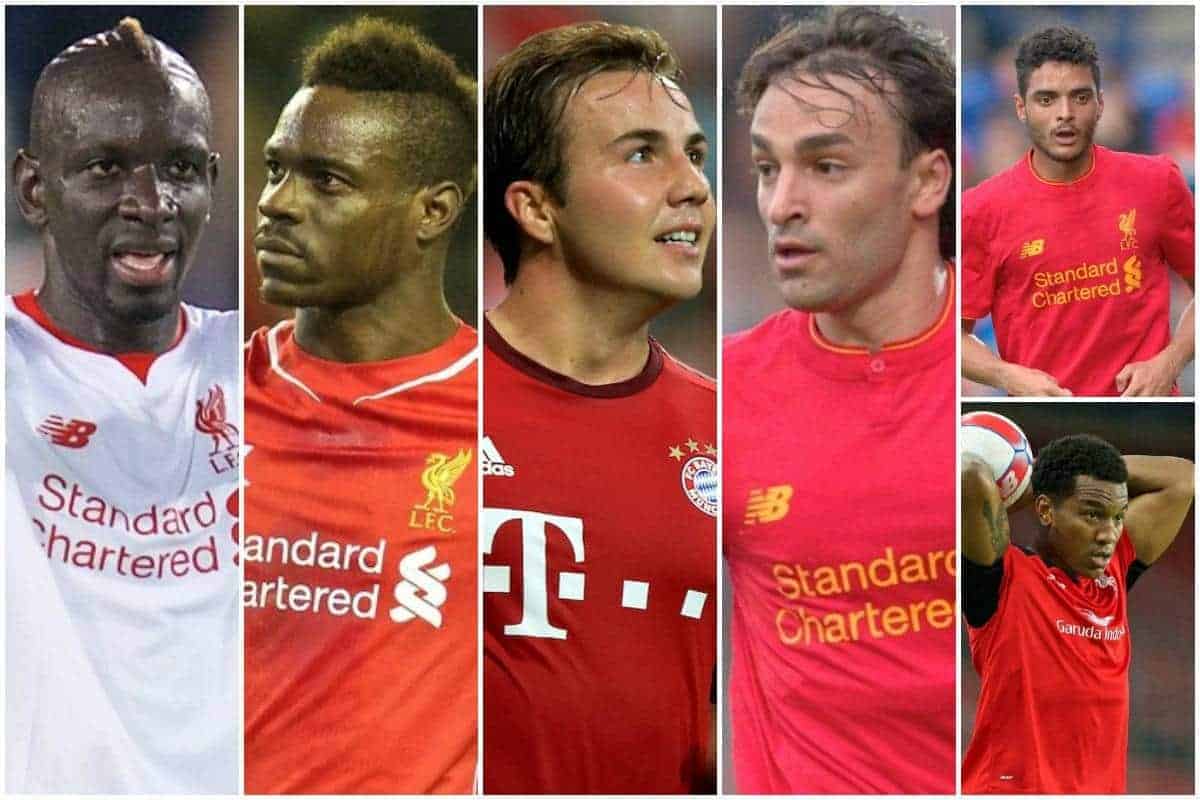 We round up the latest Liverpool transfer news, including developments following the dismissal of Mamadou Sakho’s UEFA hearing.

The Reds began their pre-season schedule with a 1-0 win away to Tranmere Rovers on Friday evening, with Danny Ings‘ 79th-minute strike ensuring a positive start to the summer.

Manager Jurgen Klopp signed a new six-year contract hours beforehand, and with the German’s future secured, he can continue to look to the transfer market as he remoulds his squad for 2016/17.

With a number of outgoings likely, and a handful of incomings rumoured, it could be a busy summer for Klopp and the transfer committee.

Here’s the latest Liverpool transfer news, including a boost for Klopp and Sakho.

Liverpool supporters rejoiced midway through Friday night’s win at Prenton Park, as UEFA announced it had dismissed a case against Sakho following a hearing on Thursday.

The 25-year-old faced the UEFA’s Control, Ethics and Disciplinary board after testing positive to a suspect fat-burning drug, but after questioning whether the substance should even be on the World Anti-Doping Agency’s banned list, Sakho was cleared to return to action.

When Sakho’s future was still up in the air, Klopp was reported to be exploring the possibility of signing a replacement, with Borussia Dortmund’s Neven Subotic regularly linked.

But with Sakho able to take up his role in the Liverpool defence once again, the Reds are now unlikely to add to their centre-back ranks.

While Klopp can call upon Sakho once again—with the Frenchman likely to come into contention for Wednesday night’s clash with Fleetwood Town—he has seemingly made his mind up about Mario Balotelli.

The 26-year-old striker returned to Melwood at the beginning of July following an unsuccessful loan spell with AC Milan, but is unlikely to remain with the club for much longer.

Despite taking part in pre-season training under Klopp, Balotelli was omitted from the 49-year-old’s matchday squad against Tranmere, with academy forward Ben Woodburn among those preferred.

According to the Express‘ Paul Joyce, this could mark the end of Balotelli’s Liverpool career, though the Italian may leave the club on loan again this summer.

One option mooted is the agreement to cancel his contract with the club, though with Balotelli earning a considerable wage, this would likely involve a sizeable compensation fee.

While one Mario is set to depart the club this summer, another could still be on the way in, with Mario Gotze said to have set his sights on a move away from Bayern Munich.

Liverpool’s pursuit of the former Borussia Dortmund midfielder were spurned back in May, when Gotze insisted he would “do everything possible to compete in top shape during my first training under Carlo Ancelotti.”

But with Ancelotti arriving at Bayern and seemingly informing Gotze he wouldn’t feature heavily in his first team, the 24-year-old stock fell further with a poor showing at Euro 2016.

Now, according to German newspaper Bild, Gotze has told his Germany team-mates he is looking to leave the Allianz Arena.

Predictably, Dortmund and Tottenham Hotspur are listed as interested, but it remains to be seen whether Klopp revives his interest, having already signed Sadio Mane from Southampton.

Mane was replaced by 22-year-old Serbian winger Lazar Markovic midway through Friday night’s win at Prenton Park, and while the former Benfica star drew criticism from supporters after missing an open goal early in the second half, his performance was hugely promising.

Markovic returned to Melwood early this summer, in a bid to prove his fitness and earn a long-term role under Klopp, and on paper his pace, work rate and direct style of play suit the German’s attacking system.

But according to Goal’s Melissa Reddy, there remain “question marks” over Markovic’s future, with Klopp looking to trim down a squad that he admitted was “100 percent” too big.

Last season’s loan club Fenerbahce were reported to be looking to re-sign Markovic at the end of 2015/16, and the winger may need to convince Klopp of his value this pre-season.

Sakho’s return has sealed Klopp’s centre-back ranks for 2016/17, leaving two of his second-half options from Prenton Park pondering their futures.

Klopp brought on Tiago Ilori and Andre Wisdom in place of Dejan Lovren and Joel Matip, but neither are expected to remain on Merseyside beyond the summer.

While Markovic’s future is unclear, Reddy reports that Wisdom and Ilori are “likely to leave,” as Klopp clears out his squad.

Both could offer something to Klopp in 2016/17, but having moved in a different direction with the addition of Matip and the nurturing of Joe Gomez, Ilori and Wisdom are surplus to requirements.