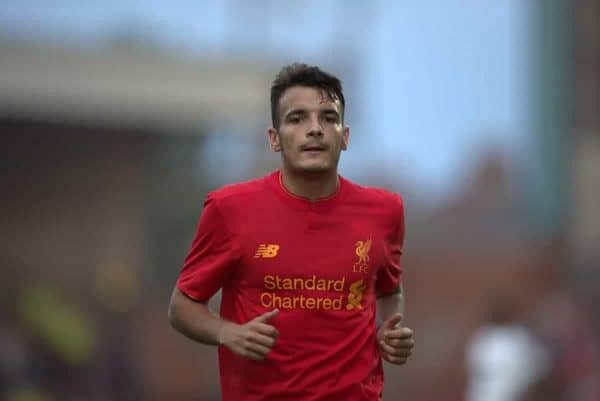 Liverpool could receive loan offers for a number of their young stars, leaving Jurgen Klopp with a summer quandary.

But without European football to contend with in 2016/17, and after admitting on Friday night that his squad was “100 percent” too big, the German may shift his stance on the loan market.

The scrapping of the emergency loan window ensures Klopp will need to make a definitive decision on the futures of his young players this summer, whether to keep them at the club or send them out to gain further experience.

According to the Liverpool Echo‘s James Pearce, if he opts for the latter, he won’t be short on offers.

Goalkeepers Ryan Fulton and Danny Ward will spend the campaign away from Merseyside, joining Chesterfield Town and Huddersfield Town respectively.

But aside from the high-potential duo, academy luminaries Stewart, Brad Smith, Ryan Kent, Pedro Chirivella and Connor Randall are said to be among those garnering interest.

Kent is on the radar of newly promoted Championship side Barnsley, while Smith is said to have received interest from a number of clubs from the English second tier.

However, Smith will remain with the club until Klopp is able to draft in another left-back, with pursuit of Leicester City youngster Ben Chilwell proving fruitless so far.

Chirivella, Stewart and Randall would also likely join Championship sides given their proven quality, with each impressing with their performances in 2015/16, and the former in particular would benefit from time away from the club and regular first-team football.

Three young players who won’t be leaving the club, however, are Ojo, Cameron Brannagan and Marko Grujic, who will all play regular roles under Klopp this season.

Klopp is unlikely to decide on whether to sanction a plethora of loan departures until late in pre-season, with a large number of his senior players still away on holiday.