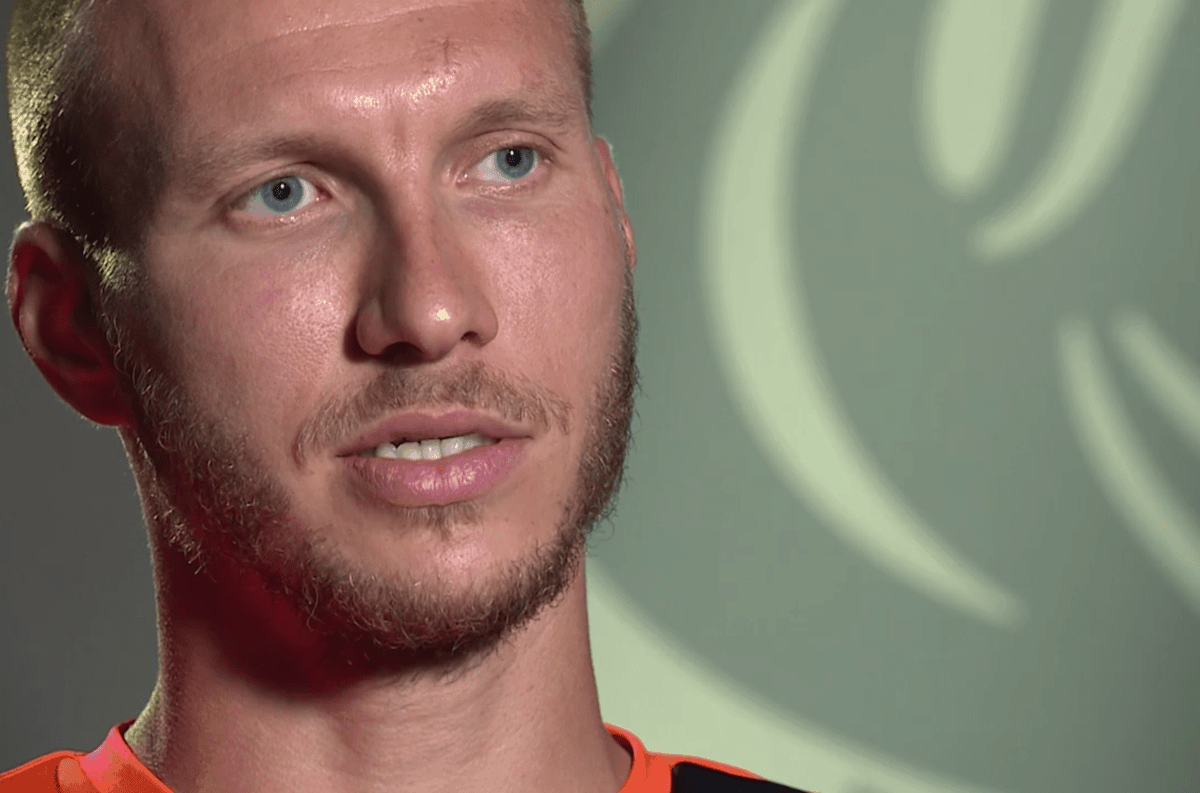 Liverpool’s latest signing Ragnar Klavan, said he jumped at the chance to join Liverpool and operate under Jurgen Klopp.

The 30-year-old completed his £4.2 million move from Augsburg on Wednesday afternoon, signing a three-year deal with the Reds.

Having spent the past four seasons with the Bundesliga side, Klavan was clearly a player who former Borussia Dortmund manager Klopp valued.

Moving to add cover to his centre-back ranks, Klopp has added a strong, reliable defender in Klavan, and speaking on his move to Liverpool, it is clear the admiration is mutual.

“He knew me from when I played in the Bundesliga when he was still there,” Klavan told LFCTV.

“When I heard about this chance to represent Liverpool and work with Jurgen Klopp, there was no doubt in my mind.

“Something really, really good has come out of it.

“You didn’t get a break from the Dortmund strikers, they were always after you.” Klavan won’t be required to deal with Klopp’s hardworking strikers beyond the training ground now, however, and will instead be tasked with slotting in alongside his fellow centre-backs.

The Estonia captain is set to compete with Mamadou Sakho, Dejan Lovren, Joe Gomez and fellow summer signing Joel Matip for a starting role in defence.

While he took the time to hail Matip’s move from Schalke to Merseyside, Klavan insisted “team effort” was the most important.

“He’s a good young defender, and at Schalke he was a really important player,” he explained.

“Now he’s here, I’m really happy. But for me, the most important thing is the team effort.

“Whatever is needed to be done for the team. I’ve always been a team player and will be until I retire.

“We will see. If you come to this big and amazing club of Liverpool, there’s a lot of really good players. This will no doubt endear Klavan to Klopp immediately, and with the German looking to secure success in his first full season as Liverpool manager, this work ethic will be crucial.

When asked about Liverpool’s prospects for 2016/17, however, Klavan remained coy, stressing that a strong pre-season campaign is needed to ensure a positive season.

“It’s difficult to say. I only know the team on paper and what happened last season,” he continued.

“With my former clubs I always see what kind of feeling you have in pre-season.

“Even if you have really good players in the team, you need to have that click, and that everybody is working together.

“For me having not trained yet, it’s really hard to say about it.

Klavan is unlikely to feature in Wednesday night’s friendly clash with Huddersfield Town, but will go into Klopp’s squad for the Reds’ tour of the US.

With Matip currently suffering from a bruised ankle and both Sakho and Gomez out with Achilles injuries, Klavan can expect considerable game time throughout pre-season.

This should provide the former AZ Alkmaar man with the time to find that “click” with his new colleagues.