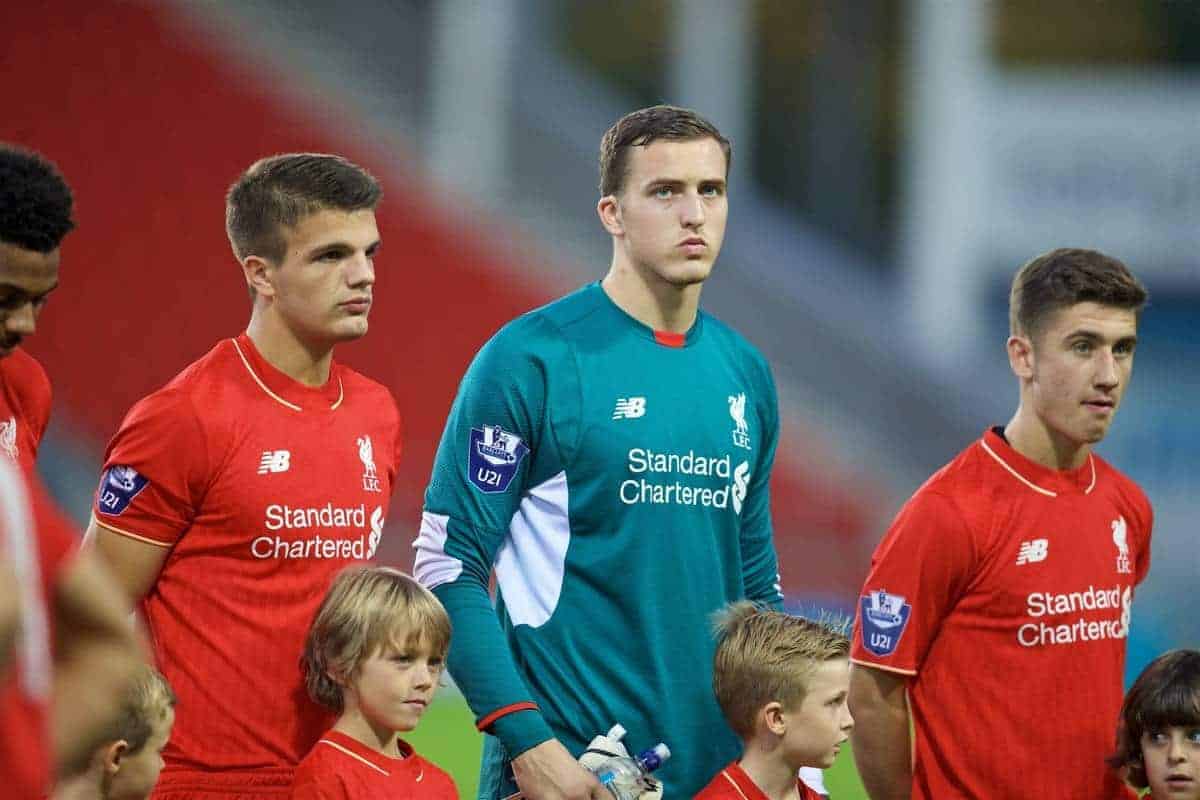 Liverpool academy goalkeeper Ryan Fulton is to join League One side Chesterfield on a season loan.

The 20-year-old enjoyed an impressive spell on loan at Portsmouth during the second half of last season – including a spectacular double save from a penalty on his debut. He made 13 appearances for Pompey.

The highly-rated Scottish youth international has been training at Melwood alongside Adam Bogdan and Loris Karius since pre-season began, but now seems set for a season at The Spireites.

“I want to be a regular and enjoy my time playing football,” he said.

“Liverpool is a great club to be at but it’s a lot different when you start playing first-team football, you realise it is so much bigger and better.

“Liverpool want me to go out on loan, which is great as it’s a chance for me to try to impress, but at the same time show my worth to Liverpool.”

Whether Fulton will team up immediately at Chesterfield or spend more time training under Jurgen Klopp at Melwood isn’t yet known.

A move up from League Two to League One is good for Fulton’s development this coming season.