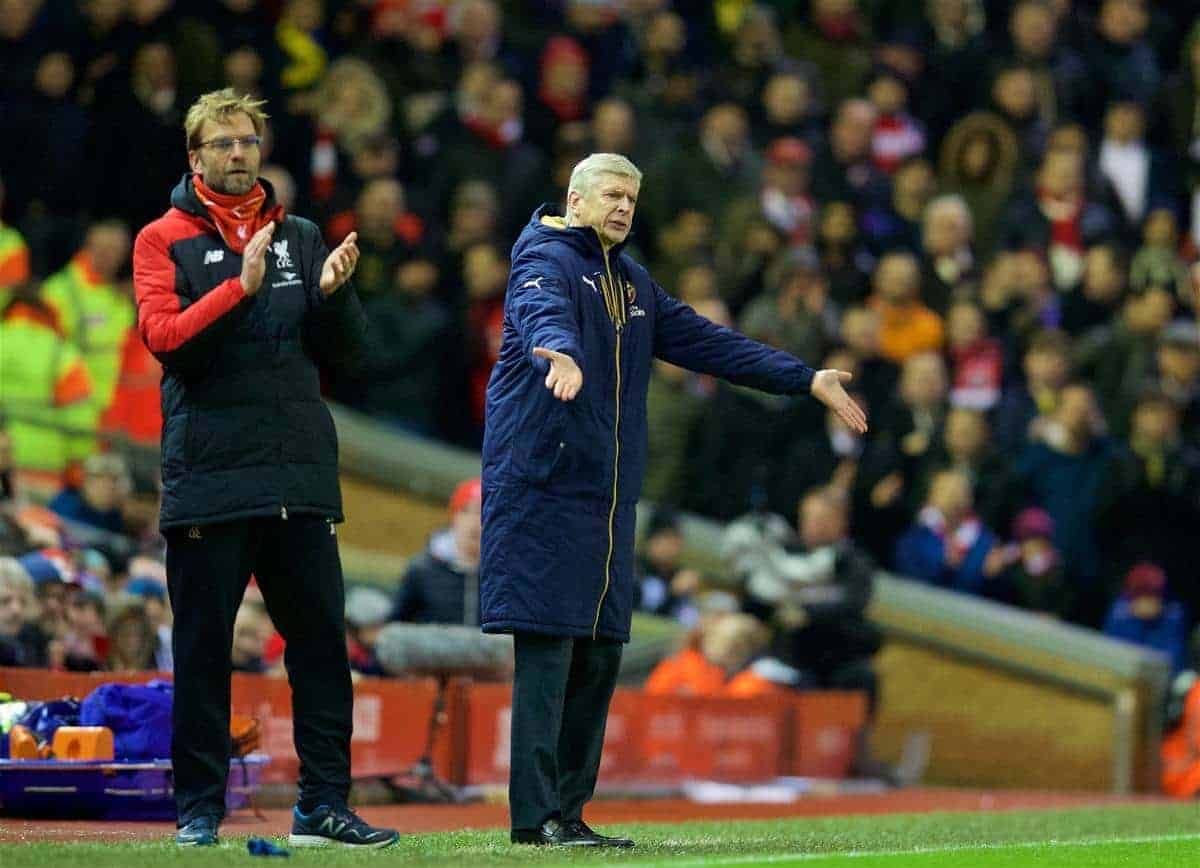 With Liverpool kicking off the new Premier League campaign at the Emirates Stadium, we take a look at how Jurgen Klopp’s first XI of the season could look on Sunday afternoon.

The wait is finally over. After a summer of reflection, busy transfer activity and intense preparation, an exciting, and hopefully rewarding, Premier League season is about to get underway.

The Reds head to the Emirates Stadium for the first time under Klopp, as they begin at one of the toughest venues they could to take on Arsene Wenger’s injury-stricken side in a huge first clash.

Klopp will hope to mark that maiden trip with the perfect start and an instant upturn in fortunes at a ground where the Reds have notoriously struggled – winning just once in the last 16 trips.

Though with a few injury concerns, Klopp has a strong squad available to pick from as he attempts to make that happen.

• Klopp facing a number of injury concerns for the season opener
• Sturridge and Milner unlikely to feature
• Karius, Sakho, Gomez and Lucas all unavailable
• But Lovren is fit and set to start at centre-back
• Grujic also fit and in contention after injury not as bad as initially feared
• Klopp facing decision over 4-2-3-1 or 4-3-3 formation
• Mignolet to start in goal
• Klavan in line to make Reds debut with Matip unlikely to start after pre-season niggles
• Moreno set for left-back role
• Decisions aplenty for Reds boss in midfield and attack
• Can, Grujic, Wijnaldum, Henderson and Lallana all available
• Mane, Coutinho, Firmino, Origi all hopeful of attacking starts Klopp has intriguing decisions to make for the season-opener, with set-ups and selections of real quality aplenty.

One of the likely ways Liverpool could line up is in the 4-3-3 formation heavily utilised throughout pre-season, including in the Wembley acid test against Barcelona.

Having shown signs of real promise that day, Klopp could keep confidence in the same XI that started at Wembley – though the injured Milner is set to be replaced by Moreno.

That would see Can, Lallana and Wijnaldum form an offensive and energetic midfield, which would have no place for Henderson, thus opening an interesting pick over who captain’s the side – likely to be Lovren or the German midfielder.

With Mane and Coutinho flanking Firmino in attack, the Reds could lineup like this against Wenger’s men:

Klopp could, though, resort to the tried and tested and deploy the 4-2-3-1 formation used last season.

Matip may feature in the back-four, should he prove his fitness, while Henderson could come in to re-establish his central partnership with Can, with Wijnaldum and Lallana making way.

Mane, Coutinho and Firmino seem nailed on starters and the trio could form the support cast for Origi who would lead the line.

The Reds could then open the Premier League season with this team:

Opening at Arsenal is a tough test, but having stated his team “will be ready”, it’s time for Klopp’s Reds to prove it by making the perfect start to a hopefully successful campaign.