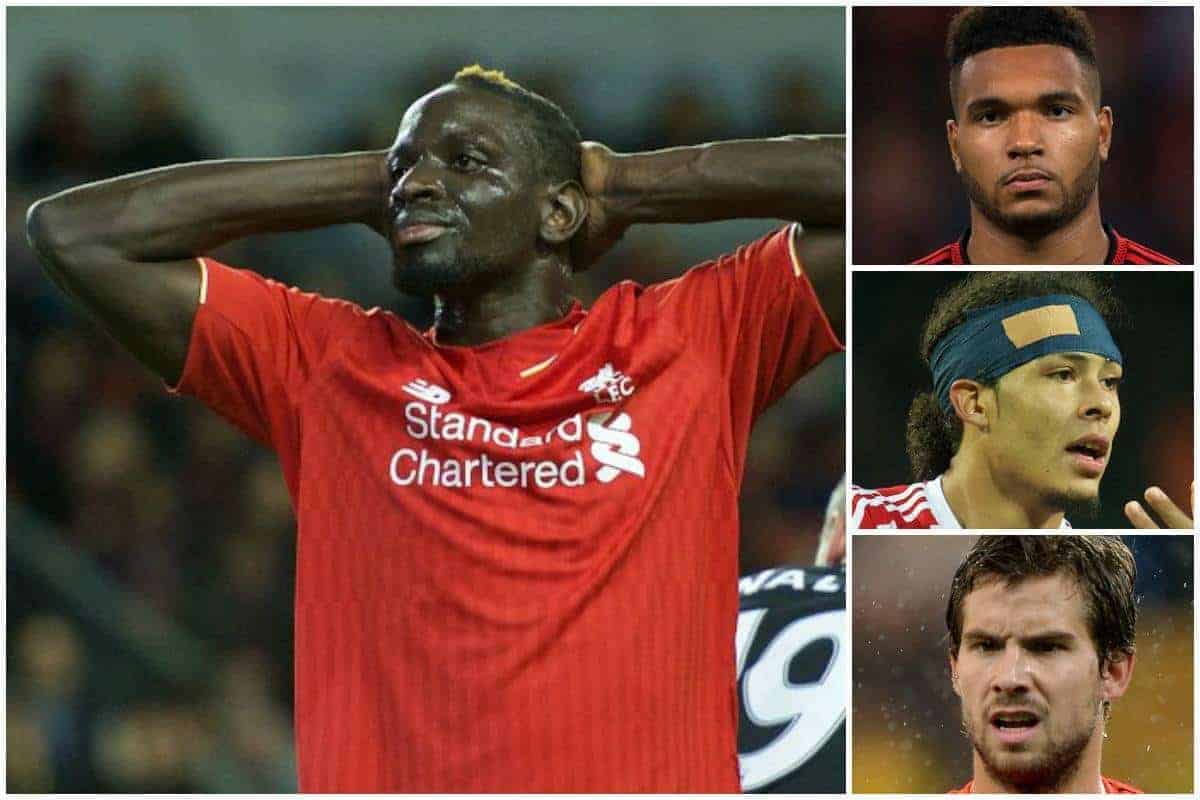 If Mamadou Sakho is to leave Liverpool on loan this summer, Jurgen Klopp would be wise to identify a replacement centre-back.

Asked about the possibility of loaning Sakho out ahead of this summer’s August 31 deadline, Klopp said there were “no secrets,” suggesting he had discussed the future with the Frenchman.

While he is behind on fitness, and was sent home early from Liverpool’s pre-season tour of the US, losing Sakho would still be a big blow to the Reds.

With Joel Matip, Dejan Lovren, Ragnar Klavan and Joe Gomez as his primary centre-back options at this stage, and only Lucas Leiva likely to remain as cover, most supporters would like to see Klopp enter the market again.

Having recouped more money than spent this summer so far, plus the new TV deals, the money is certainly there should Klopp want to sign a high-quality centre-back.

Here are five options Klopp should go all out for to replace Sakho, whether that’s this month or in the near future. German centre-back Niklas Sule is said to have already turned down a move to Merseyside this summer, telling Bild: “I need playing time and a coach who trusts me [and] I have that in Julian Nagelsmann.”

However, a renewed bid from Klopp, following a change in stance over Sakho, could convince the lofty defender to part ways with Nagelsmann in favour of a key role with Liverpool.

Sule, a 6’5″ stopper, secured a silver medal at this summer’s Olympic Games, with Germany falling to a penalty-shootout to defeat in this month’s final, and acquitted himself well throughout.

A more measured, physical centre-back, Sule could operate well alongside the progressive Matip, and is already built for life in the Premier League, as well as boasting enough experience to transition well.

Alongside Sule as one of Germany’s hottest young prospects, Jonathan Tah is on course to become a top-level centre-back, and it comes as something of a surprise he hasn’t attracted more interest this summer.

The Hamburg-born talent only joined Bayer Leverkusen last summer, but in 45 appearances last season, including six outings in the Champions League, showcased his vast potential.

Tall, strong, front-footed and possessing a fine ball-playing ability, Tah is the ideal modern centre-back in the making.

As Jerome Boateng continues to underline his credentials as one of the world’s best centre-backs in Joachim Low’s Germany side, Tah will follow the same trajectory in his shadow.

Klopp should move quickly to secure his services before Europe’s elite swoop in.

Liverpool have garnered an unwelcome reputation for plundering Southampton in recent years, with this summer’s £30 million signing of Sadio Mane only exacerbating this portrayal.

But as Mane is quickly proving under Klopp, players are able to make the step up from St. Mary’s Stadium and thrive, and the same can certainly be argued if the Reds were to target Virgil van Dijk.

Making the move from Celtic to Southampton last summer, Van Dijk made the adjustment to Premier League football effortlessly, as a ready-made solution at the heart of defence.

Like Tah, Van Dijk is physically dominant but also technically superior, and would be comfortable operating in a high defensive line at Liverpool. It is often said in football that you should never go back, and while the likes of Kenny Dalglish and Robbie Fowler enjoyed fleeting success on their returns to Liverpool, this can be related to life on Merseyside.

But one former Reds youngster would provide the perfect solution to the gap in Klopp’s centre-back ranks: versatile Spanish defender Mikel San Jose.

San Jose spent three years on the books at Liverpool at the end of the last decade, but failed to make a single appearance for the first team, and promptly joined Bilbao in 2010, going on to establish himself as a key player at San Mames.

Now 27, San Jose is a fully formed defensive talent, equally comfortable in midfield as he is at the back, and moving for the seven-cap Spain international would solve a lot of problems for Klopp this summer. One of the key attributes Liverpool will be losing if Sakho leaves this summer is the Frenchman’s ability to operate as a left-sided centre-back.

With left-footed defenders something of a rare commodity, Real Sociedad’s Inigo Martinez would provide a comfortable alternative.

Martinez is in his sixth season as a first-team regular in San Sebastian, and could prove difficult to prise from La Real, but would be an excellent signing for the Reds.

Blessed with a high tactical intelligence and reading of the game, Martinez is a refined, modern centre-back, but despite standing at 5’11” is also physically adept, and a move to the Premier League would likely suit his talents.