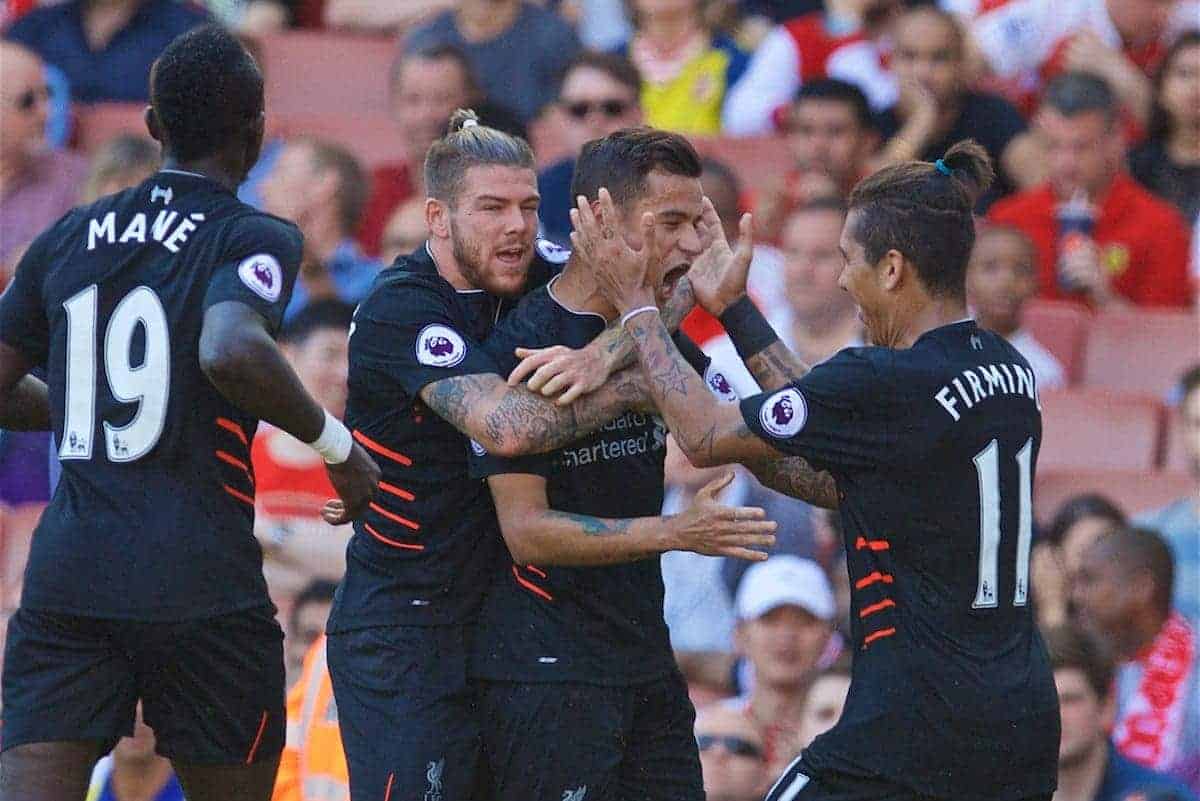 Philippe Coutinho believes his stunning free-kick in Liverpool’s 4-3 win over Arsenal on Sunday was the best of his career to date.

As has so often been the case throughout his Reds career, Coutinho proved to be the difference on an unforgettable afternoon at the Emirates.

The Brazilian scored twice and played a major part in Adam Lallana‘s goal, as Jurgen Klopp‘s recorded an amazing win in north London.

While the 24-year-old admits the performance wasn’t always perfect, he was delighted with the win and claims his free-kick was the best of his career.

“I think it was my best one. I keep trying,” Coutinho told Sky Sports.

“[It gives us] confidence, not only for me but the whole team.

“We played a difficult game and played really well. Now we have to focus on the next game, step by step and keep going.

“In the first 20 minutes we didn’t play very well, in the way the manager wanted. Then we showed we are fit, we were training hard in pre-season. We had a good second half.

“It was a good game, a tough game and we are happy because we won. Now we have to focus on the next game.”

Coutinho also discussed his potential goalscoring exploits in 2016/17, admitting he wants to improve on the 12 he scored last season.

“Yes, I think I can score more this season,” Coutinho told the Liverpool Echo.

“I always said that the one thing I really needed to improve was to score more goals. I did that last season and now I want to keep on improving.”

The 4-3 triumph was arguably the most dramatic opening game in Liverpool’s history, and it should give them a huge amount of belief.

Admittedly, they did their best to throw away a seemingly unassailable lead, but winning away to a top-four rival is a big early statement of intent.