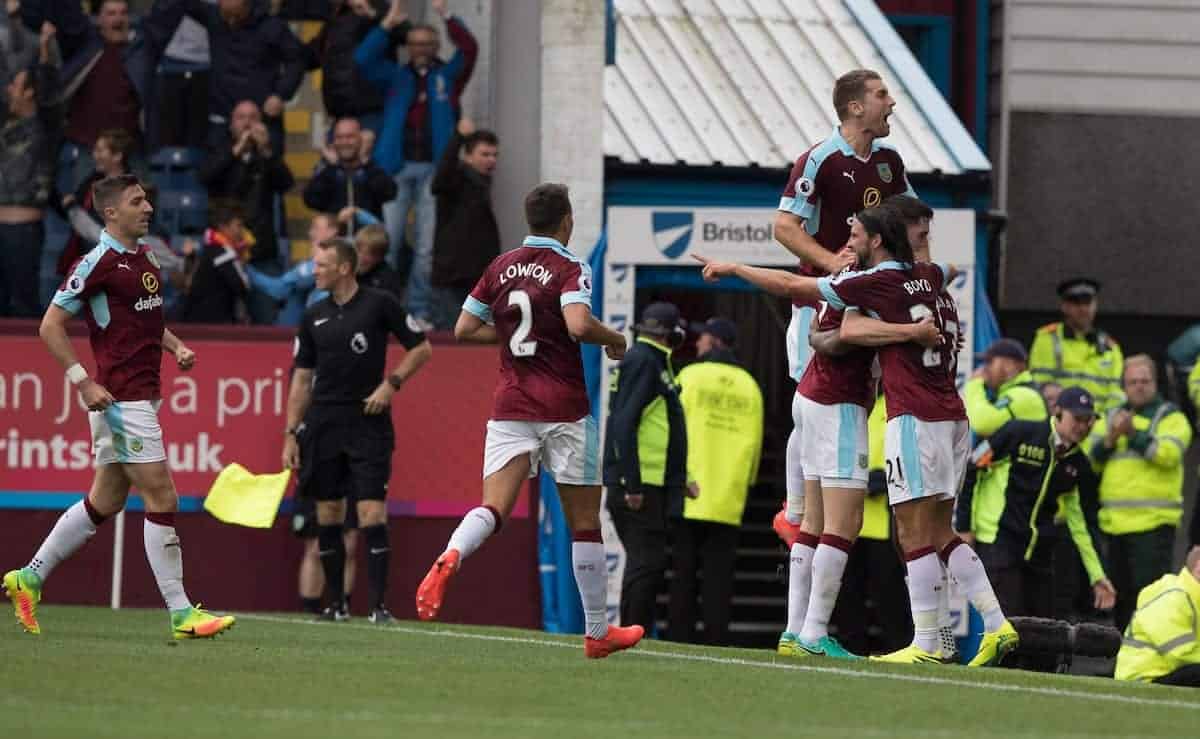 Burnley‘s 19.4 percent possession was the lowest total by a winning side in the Premier League since the statistic was first recorded in the 2003-04 season.

The Clarets sealing a convincing victory at home to Jurgen Klopp‘s side in their 3pm kickoff, with goals from Sam Vokes and Andre Gray grabbing the three points.

Sean Dyche’s side were deployed in a stubborn low block that Liverpool were unable to break down, despite their dominance throughout.

Liverpool saw 80.6 percent of the ball at Turf Moor, and had 26 shots on goal, but only tested goalkeeper Tom Heaton with five attempts on target.

The German won’t be buoyed, therefore, by the knowledge that Burnley‘s rate of 19.4 percent possession was the lowest recorded by a winning side in the Premier League since Opta began collecting statistics for the 2003/04 campaign. Speaking after the game, Dyche stressed that “possession has to lead to something,” hailing the stability of his side.

“We spoke to the players about the realities of this division. [Liverpool] are a fine side and have players everywhere who can keep the ball,” he explained.

“Possession has to lead to something and I don’t think they opened us up too many times.

“It was a myth that came out about five years ago that possession wins you games and Leicester disproved that last year.

“We knew the midfield would have to work hard and we could produce a good performance with two banks of four.

“I think the organisation and belief of the players was unbelievable.

“To come off their result last week and then for us to win 2-0 I think is a coupon-buster for most people.”

It was perhaps fitting that the Turf Moor support appropriated Iceland’s Viking chant from Euro 2016 when midfielder Johann Berg Gudmundsson was brought on, with their approach mirroring the summer’s surprise package.

In July, Klopp highlighted Iceland as “the best example of how football can work,” with their unity something he was trying to capture in his Liverpool side.

After Saturday’s loss in Lancashire, Klopp may begrudgingly add Burnley to his list of inspirations.