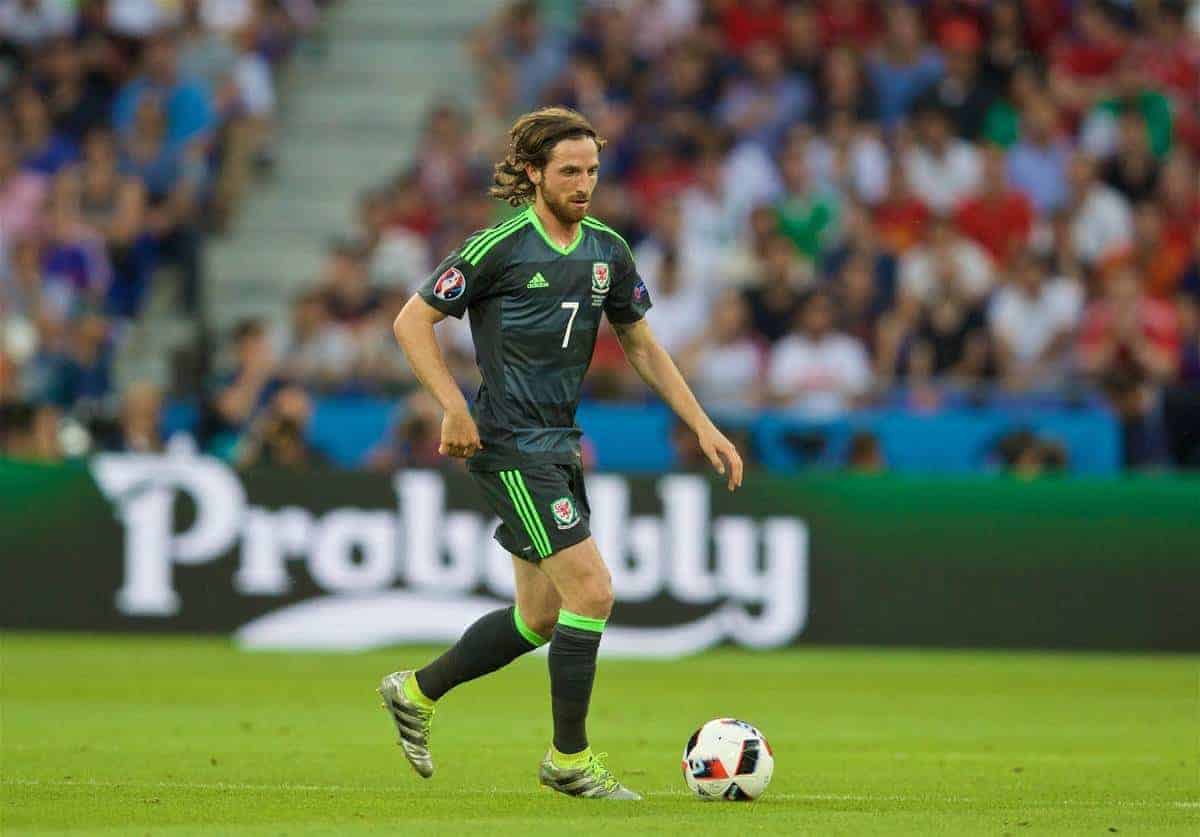 Former Liverpool midfielder Joe Allen says he found out about his transfer to Stoke via a friend, which the Welshman admits he found “disappointing”.

Allen had some excellent performances in the latter half of last season, leading to him becoming something of a cult figure among supporters.

But the 26-year-old exited Anfield for the Britannia Stadium for £13million at the end of July, having not been promised regular first-team football by Jurgen Klopp.

Allen has revealed that he found out about his move to Stoke via a congratulatory text message from a friend, which he says left a bit of a bad taste.

“I actually had a text message off a friend congratulating me about making the move when I didn’t even know it was happening at the time,” Allen explained.

“Not knowing whether the club intend to sell you or keep you, especially when you’re trying to ask the question, is disappointing.

“If I’m honest, to find out they accepted an offer through the press isn’t the best way of going about business, I don’t think.

“The communication wasn’t great but as soon as Liverpool accepted an offer I knew what their intentions were for me. It was a bit strange but that’s how things happen sometimes.

“There was no real goodbye, but I’m not the most sentimental person anyway. It’s irrelevant now because sitting here I’ve got the move I wanted.”

Speaking about his Liverpool exit, Allen says it was something of a no-brainer, given his age and the standard of players at Anfield.

“Being a regular wasn’t going to happen and that’s fair enough,” he added.

“If you look at the quality Liverpool have got in midfield, and maybe the age of the players, I think I’d have been waiting for injuries and suspensions. Realistically, if you’ve been there four years you expect more than that.

“I’m not going to be happy unless I’m on the pitch on a regular basis. I’m 26 now and the next four or five years are going to be my best.”

Despite his obvious qualities, it became abundantly clear that Allen would not be a key man under Klopp, with huge competition for places in midfield.

He will be remembered fondly by supporters, though, and is sure to receive a warm welcome when Stoke visit Anfield on Boxing Day.