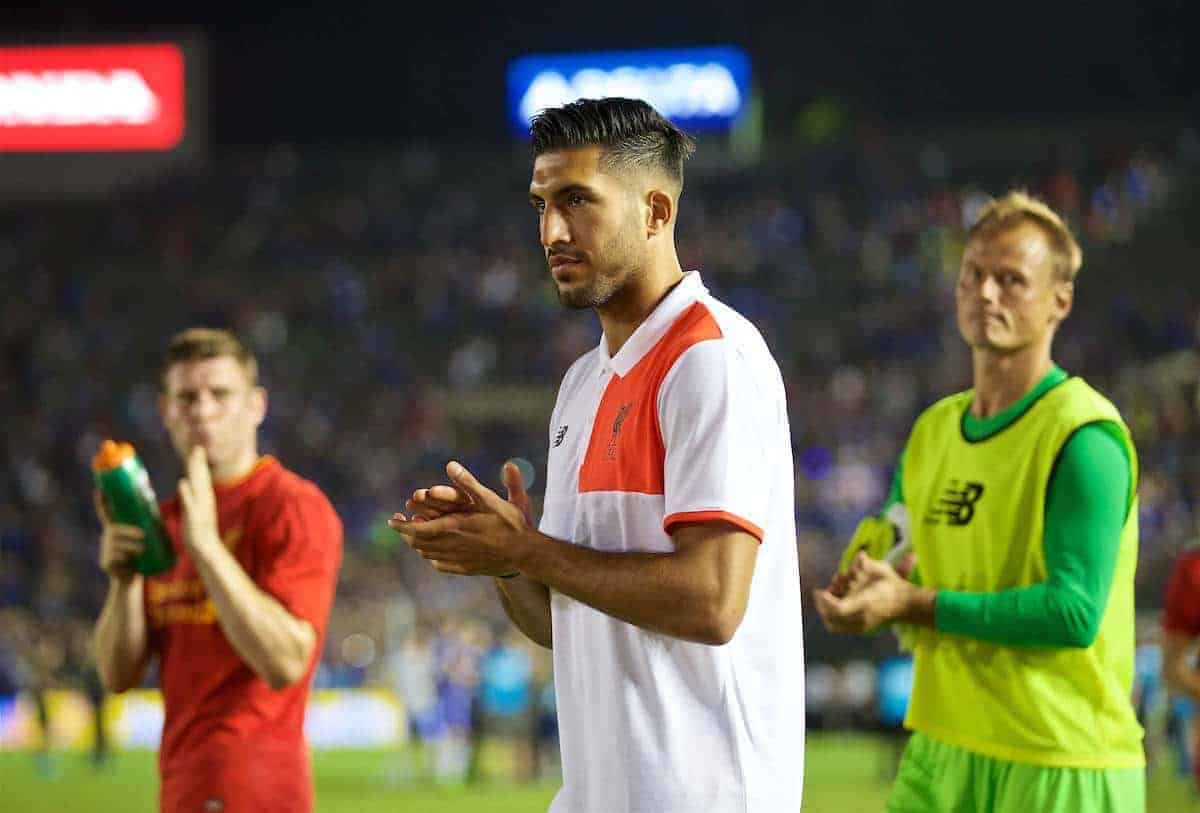 Despite calls for Liverpool to sign a new defensive midfielder this summer, Jurgen Klopp seems content with his current options.

The Reds struggled to dominate in the middle of the park during Saturday’s 2-0 defeat to Burnley, with a three-man midfield of Jordan Henderson, Adam Lallana and Georginio Wijnaldum.

Henderson’s role as Klopp’s deep-lying midfielder came under questioning in particular, with the captain struggling to dictate play with incision.

Furthermore, Henderson and Wijnaldum both struggled in the defensive sector, proving more passive than progressive off the ball.

But while with under two weeks left of the summer transfer window there has been a widespread clamouring for Klopp to add both a defensive midfielder and a left-back to his squad, speaking at the weekend the German insisted one defeat would not change his plans.

“If one game should change my mind then I would be a real idiot,” he said, “I know you [reporters] would all buy a left-back, but a midfielder [too]?”

“I love your job because we can have the ball and then we need to be the best fighters.

“Emre Can was on the bench, he had a back problem, Lucas Leiva is injured and you ask me for a hard midfield player.

“The answer is I don’t know—we will see.”

With Klopp naming both Can and Lucas as options at the base of his midfield, it seems unlikely that he will dip into the market to add another before August 31.

The Reds were tentatively linked with a move for AS Roma’s Leandro Paredes on Sunday, but the Liverpool Echo‘s James Pearce has suggested there is little substance to these claims.

Adding a player like Paredes would be a positive move for Klopp, with Liverpool lacking bite in the midfield.

But the German seems more focussed on developing Can as his first-choice holding option, with the 22-year-old’s back issues keeping him from reaching full fitness in the first weeks of 2016/17.

Can is likely to start Tuesday night’s League Cup clash with Burton Albion, however, and could be joined by the likes of Marko Grujic and Kevin Stewart.

Klopp could ring the changes for his starting lineup at the Pirelli Stadium, with Joel Matip, Trent Alexander-Arnold, Danny Ings, Lazar Markovic and Divock Origi among those hoping to feature.

This lineup should highlight the options at Klopp’s disposal, but there remain concerns over the quality of his defensive-midfield ranks.