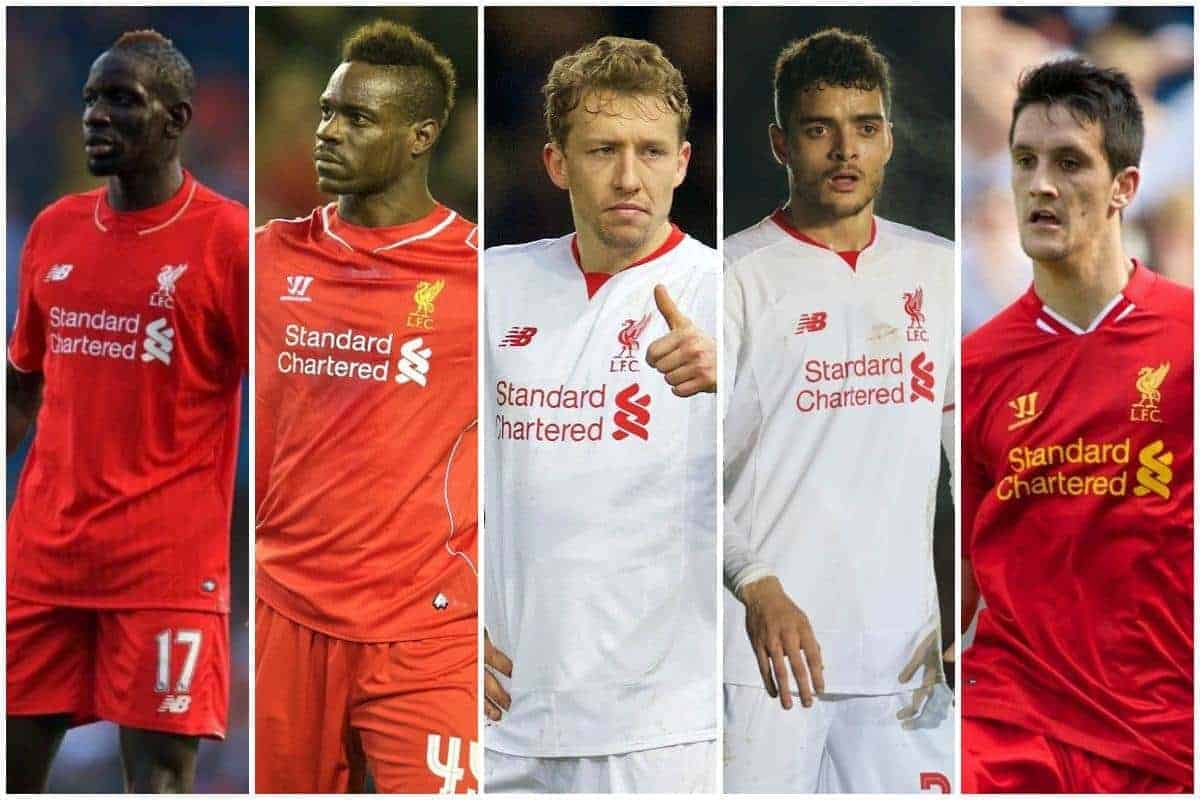 With just nine days to go before the transfer window slams shut, we round up the latest Liverpool transfer rumours.

Reds manager Jurgen Klopp was eager to seal the majority of his business early in the window, looking to welcome his 2016/17 squad to Melwood at the beginning of July.

But as the German has found out, this is a difficult approach to take in the shifting landscape of the Premier League.

The transfer window closes on August 31, with plenty of moves still in the offing on Merseyside—and, largely, these involve outgoings.

Here’s the latest in Liverpool transfer rumours, including a major development with Mamadou Sakho.

Monday night brought the news that Klopp was willing to allow Sakho to leave the club on loan, to get his career “back on track,” after a miserable four months on the sidelines.

However, no destination has emerged as likely at this stage, with David Moyes’ Sunderland already reportedly ruling themselves out.

According to the Mail, Moyes is content with summer signing Papy Djilobodji as his left-sided centre-back, and is exploring his options as he looks to flesh out his back line.

Barnsley’s Alfie Mawson is on the Scot’s radar, but he is seemingly not keen on welcoming a half-fit Sakho on a temporary deal.

Meanwhile, Moyes is pushing for a deal to sign former Liverpool loanee Javier Manquillo from Atletico Madrid, with the Spaniard an excellent target for Premier League sides this summer.

Liverpool have already recouped up to £80.5 million in sales this summer, with Christian Benteke (£32 million), Jordon Ibe (£15 million) and Joe Allen (£13 million) making up the majority of this.

Klopp is seemingly comfortable working into the black as he remoulds his Liverpool squad, and this profit could increase with the departure of Mario Balotelli, among others.

However, the Italian striker has so far struggled to find an interested club, with Serie A side Sassuolo the latest to rule themselves out, according to club CEO Giovanni Carnevali, who said they “refused” the opportunity to sign Balotelli.

But Sassuolo’s league rivals Bologna could offer the 26-year-old a lifeline, as reported by Corriere di Bologna.

However, they would be looking for a loan deal, with Liverpool paying 70 percent of his £90,000-a-week wage.

UPDATE: Some bookmakers are now making EVERTON favourites to sign Balotelli! There’s some suggestions of genuine interest from Goodison in the Italian.

Lucas Staying Put With Sakho Out Klopp’s decision to allow Sakho to leave on loan has impacted the future of another Liverpool player, with Lucas Leiva now primed to stay with the Reds for 2016/17.

The manager had already blocked Lucas’ move to join Turkish Super Lig side Galatasaray this summer, owing to an injury crisis in his defensive ranks.

But now Klopp has opted for the versatile Lucas over Sakho, with the former supposedly more dependable in terms of fitness.

That is according to the Liverpool Echo, who claim that Lucas will now only leave the Reds if he pushes for a move this summer himself.

Lucas’ contract expires at the end of the campaign, however, with this season likely to be his last with the club.

Another defender set to leave the club this summer is Portuguese talent Tiago Ilori, who has failed to settle on Merseyside since his £7 million move from Sporting Lisbon in 2013.

Ilori has made just three appearances for the Reds in three years, spending much of his time either out on loan or on the treatment table.

He has endured muted spells with Granada, Bordeaux and most recently Aston Villa, but if he is to leave this summer, Liverpool will be hoping to secure a permanent deal.

As reported by the Liverpool Echo, the Reds value Ilori at £3 million, with a host of suitors emerging in Greece, Spain and Germany.

Eintracht Frankfurt, Freiburg, Granada and Olympiakos are all listed as holding an interest in Ilori, though the latter are seemingly looking to agree loan terms with the Reds.

Finally, Liverpool are also looking to move on another peripheral figure signed during the summer of 2013, with Luis Alberto set to leave after three uneventful seasons.

Alberto signed for £6.8 million ahead of the 2013/14 campaign, but like Ilori, has only made a handful of appearances for the club.

Instead, he spent 2014/15 on loan with Malaga, and last season with Deportivo de La Coruna, with the latter proving hugely fruitful as he scored six goals and laid on eight assists in 31 games.

With no place for the Spaniard in Klopp’s first-team squad, however, Alberto is likely to leave this summer.

Sevilla have already pulled out of a deal, however, but Villa, Wolverhampton Wanderers, Queens Park Rangers and Valencia have all been linked with late moves for the 22-year-old.