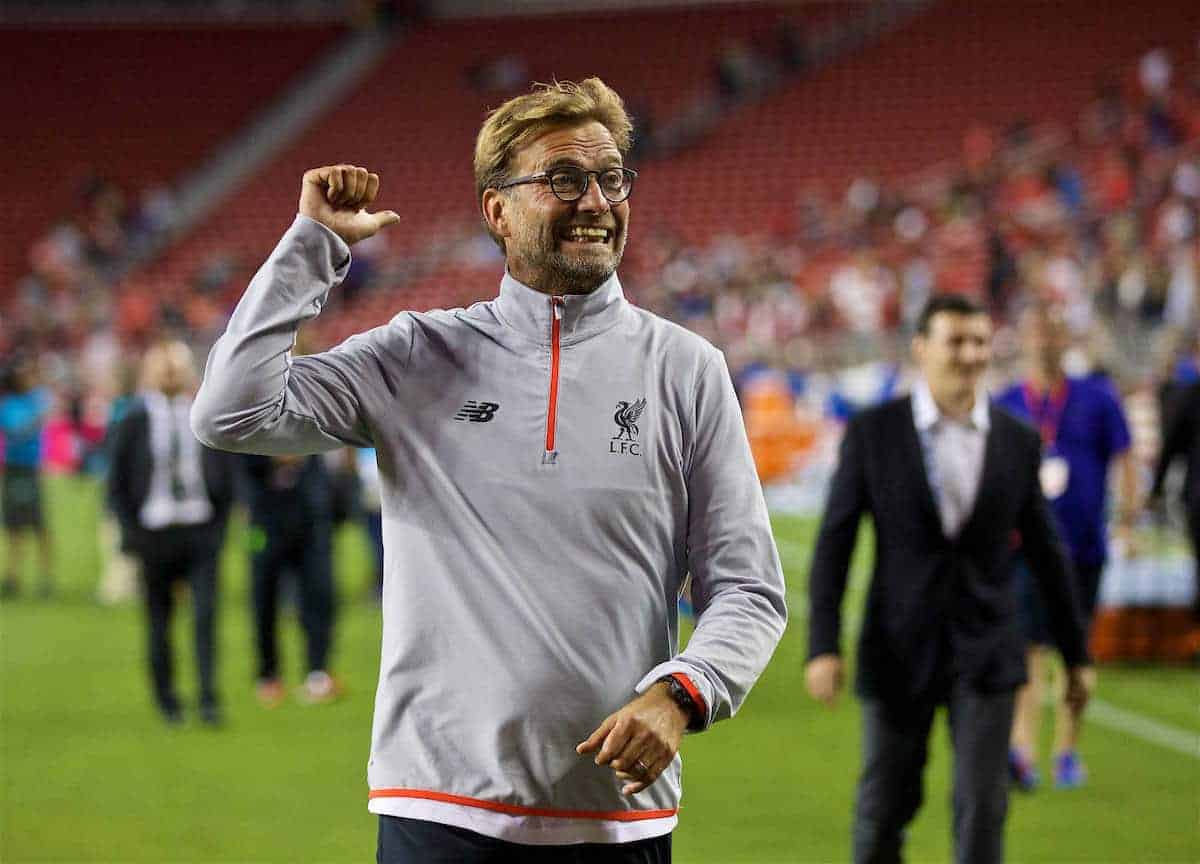 Liverpool manager Jurgen Klopp says inspiring the Reds to a maiden Premier League title would be “one of the greatest things” he could experience.

Speaking to young Liverpool supporters at the Levi’s Stadium in Santa Clara, the 49-year-old was grilled on various things, whether it be his favourite footballer, pets or Celine Dion.

When asked about how much it would mean to him to clinch a first ever Premier League title for Liverpool, Klopp couldn’t play down its importance.

“It would mean everything,” he said.

“To be really successful and win a title with a great club like Liverpool would be 100 percent one of the greatest things I could ever imagine.”

The enormously popular German also spoke glowingly about the club as a whole, having been asked about why an American should choose to support Liverpool.

“It’s the best club in the world,” he added.

“If you have no idea about football you can convince them. If you are born as a Dortmund fan then it’s difficult to say come to us.

“If you are young and open, and start loving football and really think about it then there are not a lot of alternatives to Liverpool.

“If you are a fan of another club it’s okay too, but if you want to be a fan of the club, then it’s Liverpool.”

Klopp has been a dream for the media during Liverpool’s tour of the US, conducting various interviews with Reds-based podcasts and websites.

He clearly loves being the manager of such a prestigious club, and it is genuinely hard to find a more perfect footballing fit than Klopp and Liverpool.

The way in which he has united a divided fanbase has been quite admirable, and given the giant strides already made, Reds supporters should be feeling hugely optimistic about the future.