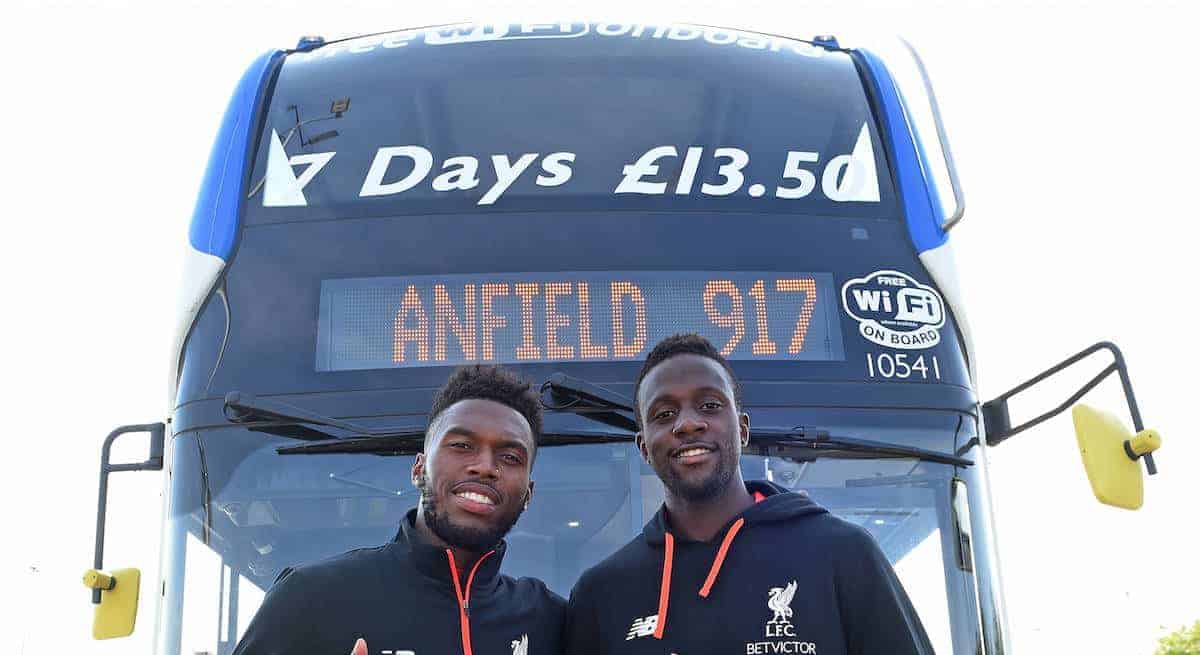 Liverpool FC have teamed up with Stagecoach Bus to offer supporters a more efficient way of getting to and from Anfield this season.

Fans will be able to access the 917 express bus service, which will run direct from Liverpool City Centre to Anfield, up to every 10 minutes on matchdays.

To celebrate the launch of the new service, Reds duo Daniel Sturridge and Divock Origi joined forces to take part in the ultimate challenge which saw the strikers try their hand at driving the Stagecoach 917 double decker bus.

The 917 service will depart Liverpool City Centre from St Johns Lane, opposite Lime Street Station and will be ready to depart from Walton Breck Road after the final whistle.

Matchday staff will also be on hand to assist supporters using buses departing after the game. As part of the new transport offer, fans can take advantage of a new £12 return ticket for groups of four and £2 single tickets.

The service will run approximately 3 hours before and after the game with Reds supporters encouraged to plan how they will travel to and from games, as Anfield gets ready to welcome thousands more through the turnstiles, with the opening of the Main Stand.

The additional capacity will mean more fans travelling to and from the stadium – using public transport will be the easiest and most efficient way to reach the game due to no additional parking being available in the local area.

Andrew Parkinson, Operations Director, Liverpool FC said: “The 917 is a great initiative for fans which will provide safe and efficient transport to and from Anfield Stadium.”

Elisabeth Tasker, managing director of Stagecoach Merseyside and South Lancashire said: “We’re delighted to be providing fans with a quick, comfortable and reliable service to and from Anfield.

“Match days attract LFC fans from all over the world, so it’s great to be able to offer home and away fans an affordable and sustainable transport option that allows them to get into the spirit of the game as soon as they board the bus.“