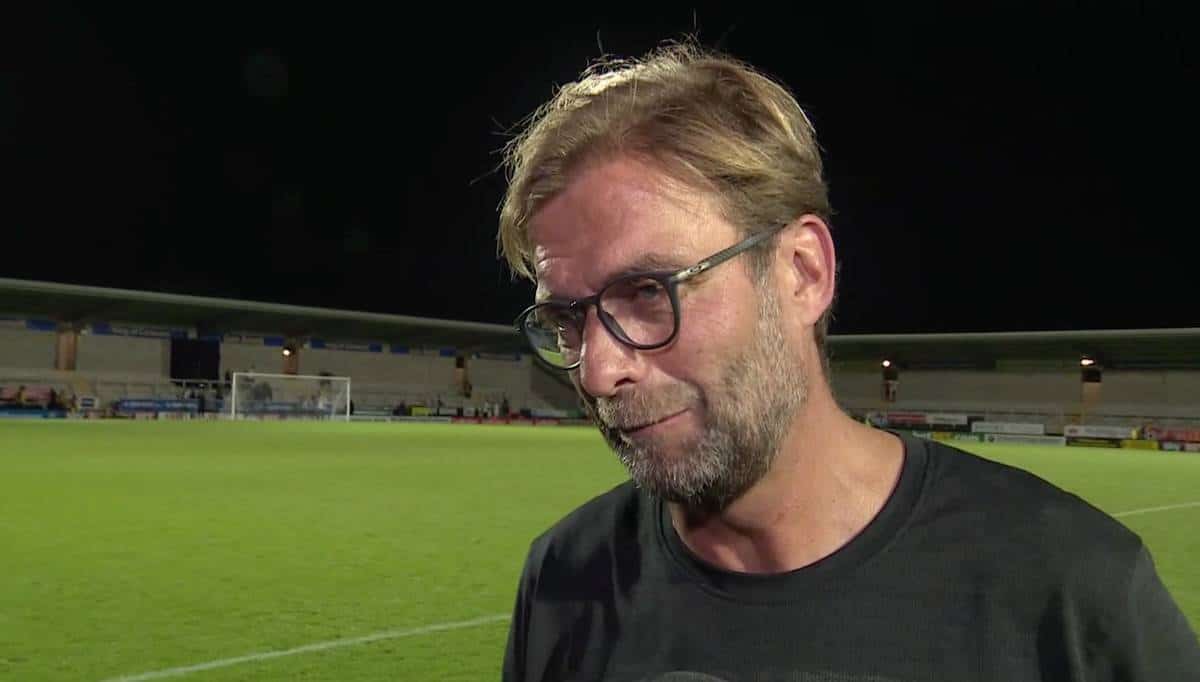 The German saw Liverpool seal an emphatic win at the Pirelli Stadium, securing passage to the third round of the League Cup, with the draw to be held on Wednesday night.

Two goals from Daniel Sturridge rounded off a comprehensive display that also saw strikes from Divock Origi and Roberto Firmino, as well as an own goal from Burton’s Lee Naylor.

Speaking after the game, Klopp was understandably pleased with the way in which the Reds responded to Saturday’s 2-0 defeat to Burnley in the Premier League.

The 49-year-old discussed the performance of £30 million summer signing Sadio Mane, but also revealed a potential injury to midfielder Emre Can.

Can was forced off midway through the second half with an ankle problem, and could face a spell on the sidelines, though Klopp hoped it would not be as bad as initially feared.

This left Klopp unable to introduce Danny Ings, with the 24-year-old left on the substitutes’ bench throughout despite his manager’s plans.

However, Klopp praised Mane’s relentless attacking play, saying “in the 90th minute, he ran again like this!”

“I saw a few breaks between the 90th and his last sprint,” he added, “but that’s no problem—of course it’s good!”

Liverpool next take on Tottenham Hotspur at White Hart Lane (August 27) as they continue their league campaign.

Klopp will no doubt be looking for more of the same after an excellent cup display.