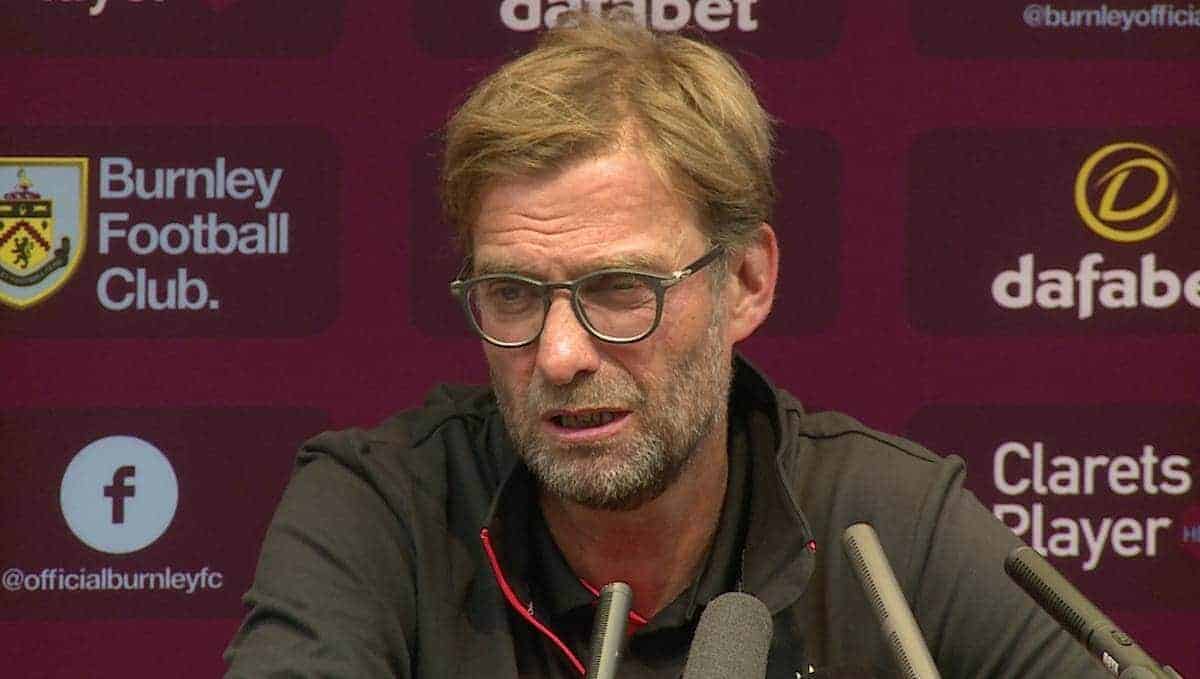 “[Possession] is what we did well, but in the end you have to use it,” said Klopp, after first-half goals from Sam Vokes and Andre Gray gave Burnley the three points at Turf Moor.

“It’s not allowed that you suffer under your own ball possession, that makes no sense. It’s not that we didn’t want it – six or seven times Phil [Coutinho] alone was in the right position to shoot.

“In England you use the word ‘clinical’ – in a lot of situations I saw we were clinical but even then we didn’t score. That’s how it is and we have to accept it.

“I will watch the game again and I am pretty sure I will not see a lot of surprises in this game, I saw everything. When we conceded the first goal, we had a lot of time to win the game.

“Even at half-time I felt there was still a possibility to do it. In the last moments, we were not where we should have been and that was a little bit of the problem, in the box, around the box.

“I saw crosses – really good crosses – when nobody was in the box. I saw shots when the whole box was full.

“Our timing and decision-making today was not really good. It might have been forced by the result and by the passion of the opponent, but it is how it is.”