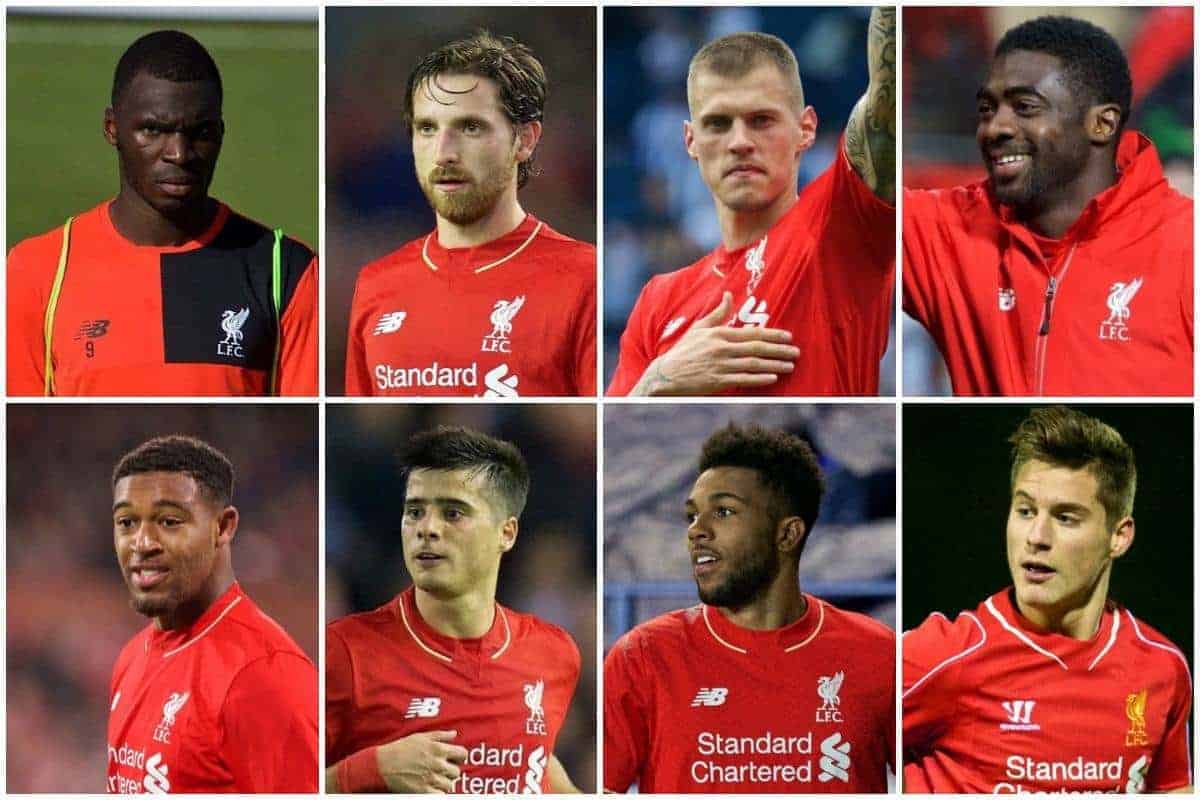 The summer transfer window saw numerous players depart Liverpool for a new challenge, and we look at how their careers have begun elsewhere.

With six new faces brought in—seven including January signing Marko Grujic—and no European football commitments in 2016/17, it was clear that a big squad wasn’t needed.

There have been a number of Liverpool players to have headed out on loan too, but here we focus on how those who have left permanently have fared since leaving.

Mario Balotelli and Luis Alberto joined Nice and Lazio on deadline day, respectively, so are yet to play for their new clubs, but what about the rest?

It was always clear that Christian Benteke wasn’t going to be part of Klopp’s future plans, and he made a £32 million move to Crystal Palace on August 20.

The Belgian is yet to really fire in an Eagles shirt, however, with just two appearances to his name—one in the Premier League, one in the League Cup.

As time passes, with his fitness improving, Benteke will prove to be a good acquisition for Palace, assuming he can stay fit. By the end of Joe Allen’s time as a Liverpool player, he had become a real cult hero.

Despite this, it made sense for both parties for the Welshman to join Stoke City, in order to enjoy first-team football on a weekly basis.

He has immediately slotted in nicely at the Britannia Stadium, shining against Manchester City in an eventual 4-1 defeat, and he will be a key player for Mark Hughes’ men moving forward. When Liverpool received £15 million from Bournemouth for the services of Jordon Ibe, it felt like Christmas had come early.

The 20-year-old never kicked on during his time at Anfield, and he is now at the level he should always have been at, in hindsight.

Ibe has struggled in his opening three matches for Eddie Howe’s men, with his lack of end product all too evident in the losses to Manchester United and West Ham United.

There is obvious raw quality in the youngster’s game, but far more substance is needed if he is to make it in the Premier League.

Like Ibe, Liverpool did well to receive the £6 million they did for Brad Smith.

The young Australian was a solid enough backup left-back last season, but it never really felt as though he had a long-term future on Merseyside.

Smith has been second choice behind Charlie Daniels in the Premier League for Bournemouth, although he played all 90 minutes in the 2-1 win at Morecambe in the League Cup.

He will have to go up a gear if he is to usurp the impressive Daniels.

Martin Skrtel’s popularity diminished as the years went by at Liverpool, and not too many were sad to see him leave for Fenerbahce in the summer.

At 31, the Slovakian’s best days are behind him, and some freshening up in the centre of the Reds’ defence was much needed.

Skrtel’s Fenerbahce side have conceded four goals in their opening two Super Lig games, and he has won just 31 percent of his duels and made one key defensive error.

The former Liverpool man will have some good days at the office for the Turkish giants, as he did during almost a decade at Anfield, but he will also be an erratic presence.

The hugely popular Ivorian gave three years of good service to Liverpool, but at 35, the time was right for him to leave.

The ex-Arsenal and Man City man joined up with former Reds boss Brendan Rodgers at Celtic, which feels like a perfect move for all concerned.

He has already notched up five appearances this season, as the Scottish club have made it through to the Champions League group stages. Like so many young British Liverpool players down the years, we were all willing Jordan Rossiter to make the grade at Anfield.

It became obvious that he just wasn’t at the level required, though, and his move to Rangers will be far more beneficial to him in the long run.

The 19-year-old has featured in all four of the Gers’ Scottish Premier League games to date, as Mark Warburton’s side remain unbeaten.

The general consensus from Rangers fans is that Rossiter looks a very good signing.

Sergi Canos made his Reds debut on the final day of the last season, in the 1-1 draw at West Brom, but moved to Norwich City for an initial £2.5 million in the summer.

The young Spaniard scored twice in the 6-1 mauling over Coventry City in the League Cup last month, outlining the quality at his disposal, and he could really shine in the Championship.

Reports have claimed there is a buy-back clause in his contract in Carrow Road, so don’t completely rule out seeing him in a Liverpool shirt again one day.

As the years passed, and Joao Teixeira reached an age where he needed to playing regular first-team football, a move elsewhere was required.

He returned to his homeland of Portugal to sign for Porto, but he is yet to play in the Primeira Liga this season. The young striker’s Liverpool future was in question throughout a large chunk of last season, and he eventually signed for Watford on a free transfer in May.

With Odion Ighalo and Troy Deeney leading the line at Vicarage Road, though, Sinclair’s chances are sure to be limited. He is yet to make an appearance in 2016/17. Despite having been released from his Liverpool contract early, leaving the club in May, Jose Enrique remains a free agent.

That says all you need to know about his quality these days.