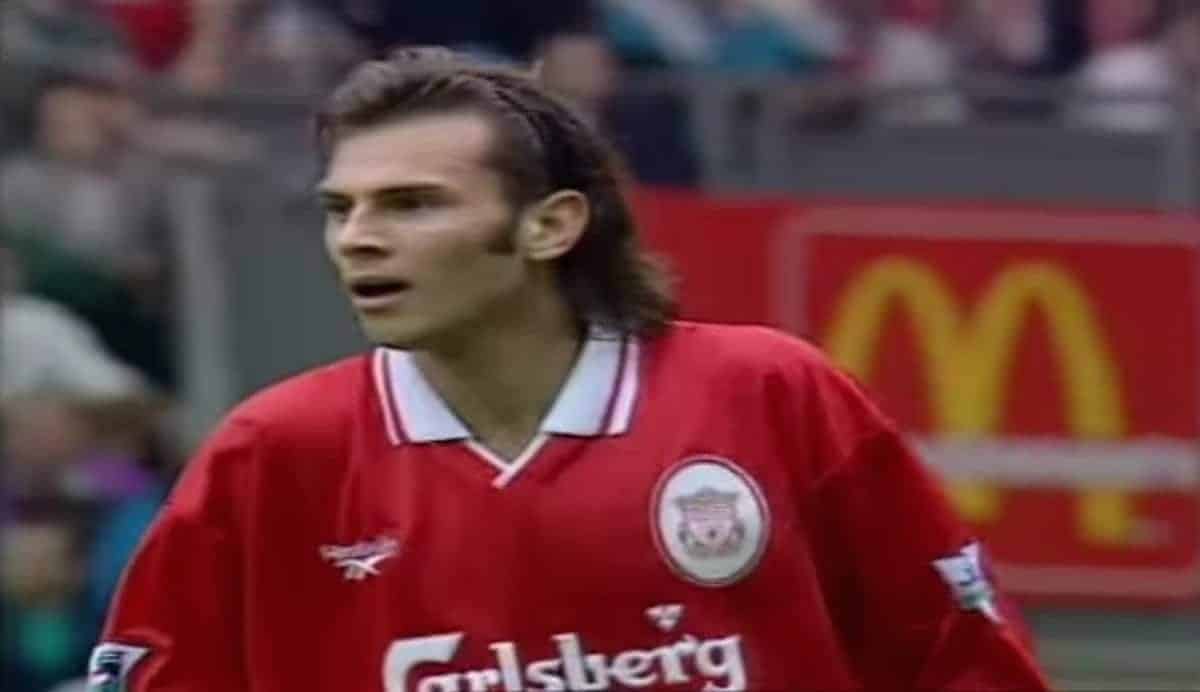 Ahead of Friday’s trip to Stamford Bridge, Jeff Goulding’s classic match takes us to an absolute mauling of Chelsea back in Roy Evans era.

As a kid growing up I can remember dozens of cliches and ‘parentisms’. When, on rare occasions Liverpool lost, I would be treated to the classics, such as “you can’t win them all”. There were other old standbys, such as “nothing ever lasts forever” and “all good things come to an end.” Little did I know how depressingly prophetic those phrases would turn out to be; especially in relation to my beloved Liverpool F.C.

The end of the 80s ushered in a period of mediocrity for the Reds that was hard to bare for spoiled Reds like me. The decade was made even harder by the emergence and eventual dominance of our rivals from the other end of the M62.

They say never judge anyone, until you’ve walked a mile in their shoes. Well, after Kenny delivered number 18, in 1989, it was the turn of Kopites to do the equivalent of the ‘long march’ in Manc’ shoes. All of the pain felt by our old enemy throughout the 70s and 80s was now being visited upon us.

Manchester had even stolen the march on Liverpool musically. Bands like Oasis were doing a roaring trade ripping off the Beatles, and Take That were doing their best to make a mockery of everything The Smiths and The Stone Roses stood for. Bitter, me? Well, yes.

After watching Liverpool win everything over the previous two decades, the 90s as a Red were tough to take. We would have to make do with some great attacking football, an FA Cup under Graeme Souness and a League Cup under Roy Evans. The League title was turning from birthright to a holy grail. These were slim pickings compared to past glories.

Annoyingly Chelsea thought they could join the party too. Even before the ego-maniacal Jose Mourinho, they flirted with the equally eccentric Ruud Gullit, who flounced into English football, and immediately delighted headline writers with promises of “sexy football”.

His Chelsea side would actually end up on the receiving end of some pretty hot football, when they visited Anfield on Saturday, 21st September, 1996.

The Reds side boasted the likes of John Barnes, Steve McManaman, Robbie Fowler and Patrik Berger. From an attacking point of view we were a real threat, but there were eerie parallels with more modern Liverpool teams, in that, defensively, ‘The class of ’96’ were worryingly fragile at the back. Something that would end up costing us the title, with David ‘Calamity’ James shouldering the lions’ share of Reds’ ire.

Chelsea had brought in France star Frank Leboeuf, and Italians Gianluca Viali and Roberto Di Matteo. They were unbeaten prior to the visit to L4 that day.

Liverpool meanwhile had lacked ambition in the summer, with Berger the only high profile capture, costing £3.5 million. They added Mark Rizzo on a free, an Australian youngster who did nothing at the club, and Bjorn Tor Kvarme. To balance the books, almost, John Scales left for Spurs recouping £2.6 million.

However, we got off to a fairly decent start, having won 5 and drawn 2 of their opening 7 games, scoring 16 goals and conceding just 5. A home win would see us top of the table.

This was Berger’s home debut and he wouldn’t disappoint, scoring a brace and endearing himself to a generation of Liverpool supporters. Paddy was a great player, but blighted with injury.

It took The Reds just 15 minutes to get off the mark. Fowler headed home from a great cross by Stig Inge Bjornebye. The Londoners seemed shell shocked and had no response as Liverpool took control of the game. The debut boy would open his account just before half-time racing on to a pass from Dominic Matteo, and then calmly taking it round the Chelsea Keeper, before finishing sweetly.

Gullit’s boys simply fell apart after that and the half ended comically as their defender, Andy Myers, inexplicably turned home and innocuous Bjornebye centre. The Reds’ wing back had delivered his second assist of the game and Liverpool went in 3-0 up at the interval. It had been one of those games where everything Liverpool touched turned to gold and it wouldn’t end there.

Gullit took Myers off for the second half, but it made no difference at all. Just three minutes into the second half, Berger was at it again, capitalising on some careless play in midfield by Dennis Wise and drilling the ball past Kevin Hitchcock. Cue a complete meltdown by the boys in blue as one by one seven of them entered the referee’s book.

4-0 up the Reds were purring and Barnes was majestic in his role as captain. The Kop chanted we want five, and Digger duly obliged on 57 minutes, unleashing a fierce shot from the edge of the box. It may have took a deflection, but the skipper took all the adulation. This was a rout, but then, inexplicably, we just seemed to switch off.

Maybe it’s churlish to complain, but Chelsea were hopeless that day. It could have been 6, 7 or more. Instead, with more than half an hour to go, we seemed to settle. Leboeuf would end up notching a late consolation that was scarcely deserved in my opinion. Evans was right in his post match analysis. Liverpool could and should have done better. Still, at the final whistle Liverpool sat at the summit and an expensive Chelsea side languished in 7th.

Our dominance would prove to be short-lived though. After a great start Liverpool would slump to an all too familiar inconsistency. They would win just three of their next seven games, scoring eight and conceding as many in the process. They would also give birth to one of the earliest Sky Sports catchphrases; ‘Nightmare November’. Liverpool would win just one of their four games that month.

When I remember the ’90s, I inevitably think of Fowler, McManaman, Jamie Redkanpp and of course white suits at Wembley. I think of some sublime football and some woeful defending, but ultimately I think of a decade in the wilderness.

Souness tried to change too much too quickly and seemed to lack the quality in the dugout, he undoubtedly had on the field of play. His tenure felt like a blip and Evans seemed to represent a return to days of yore. The unbroken thread to the bootroom.

In reality Liverpool massively underachieved under Evans. Whether that was due to lack of investment, or his inability to play bad cop to a group of unruly players, we may never really know. All I can say is Roy deserved better from his charges, than a League Cup Final victory over Bolton Wanderers.

In 1996-97 we would ultimately finish fourth, 7 points behind champions Manchester United. However, maddeningly, on the final day we still had a chance of taking second spot and securing Champions League football. Had we beaten Sheffield Wednesday, Liverpool could have been dining at the top table in 97-98.

Instead we served up a hugely disappointing 1-1 draw. Second spot was taken by Kenny Dalglish‘s Newcastle on goal difference. They were one of three teams, including The Reds, to finish on 68 points.

Evans would give birth to a catchphrase of his own, and perhaps it would define his era as manager. Gullit may have described our style going forward as ‘sexy’. However, Evans had a different assessment when it came to our defensive frailties, Evans’ verdict was damning. We can’t go on playing “Kamikaze football”.

He was right then, and at times, in the years that followed, I found myself wishing his successors had felt the same way.