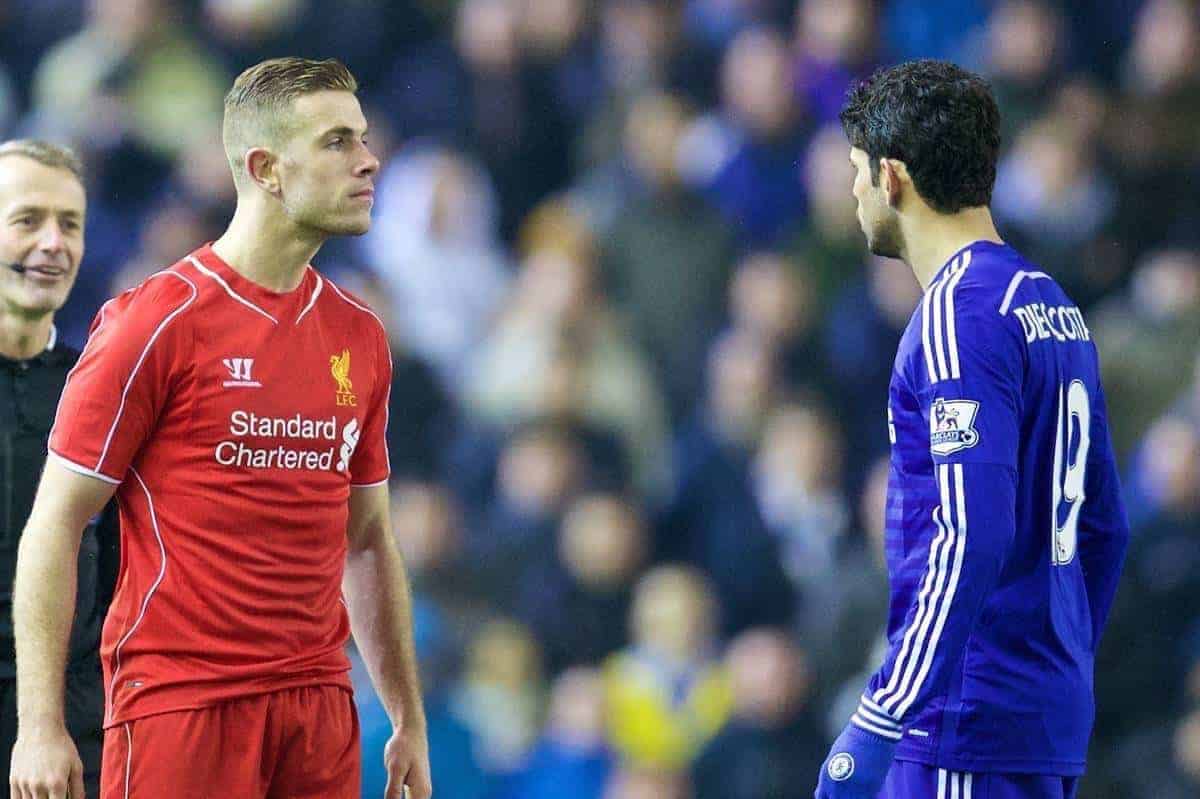 Ahead of Friday’s clash with Liverpool, Chelsea striker Diego Costa has registered more goals and assists combined than any other Premier League player so far this season.

The 27-year-old was denied the opportunity to return to Atletico Madrid over the summer, as the LaLiga side’s president, Enrique Cerezo, confirmed this week.

This came despite a change in manager at Stamford Bridge and the big-money acquisition of Michy Batshuayi from Marseille.

Antonio Conte’s arrival cast doubt over Costa’s future, with the Italian even suggesting he could leave the club in July, but he ultimately decided against sanctioning the striker’s move back to the Vicente Calderon.

It is easy to see why, and Costa’s bright start to 2016/17 may be a concern for Liverpool as they prepare for the trip to southwest London. With Batshuayi turning up at Chelsea’s Cobham training ground at the beginning of the summer transfer window, Conte seemed to throw down the gauntlet to Costa.

The Belgium international was signed for £33 million, and having earned a reputation as one of Europe’s finest young strikers while in Ligue 1, this posed a considerable challenge to Costa.

But starting as a lone centre-forward in each of Chelsea’s four Premier League outings so far, Costa has proved his worth to his new manager.

It only took until the closing stages of his first appearance to find the back of the net, notching the winner in a 2-1 victory over West Ham United at home, but it was his display up against centre-backs James Collins and Winston Reid that proved most impressive.

Costa harried and harassed the defensive duo throughout, chasing down loose balls, leaping to challenge for headers and constantly demanding possession when Chelsea pushed forward.

His penchant for a late intervention continued in his next outing, away to Watford, when he scored in the 87th minute to seal a dramatic late win for the Blues at Vicarage Road; again, his persistence providing Chelsea with the late surge that Conte’s passion demands. While he didn’t beat the goalkeeper in Chelsea‘s following game, a 3-0 win over Burnley, Costa showcased his ability as a lone striker, serving as a stubborn, physical pivot, with his attacking support of Eden Hazard, Willian and substitute Victor Moses all converting.

Costa laid on Willian’s strike, feigning to shoot after interchanging with Hazard before laying the ball out to the Brazilian on the right, who was on hand to power home.

Finally, Costa was on hand to claw back a draw away to Swansea City last weekend, once again scoring in the final 10 minutes—his second of the game.

So far this season, Costa has scored four goals and registered one assist in four games, with this combined total more than any other player in the Premier League in 2016/17.

Costa is a man in form, and will be looking to add to his tally against a side he shares considerable history with. Prior to Costa’s £32 million move to Stamford Bridge in 2014, the Spaniard was heavily linked with a switch to Liverpool, with the Reds meeting the £21.8 million release clause in his contract a year earlier.

It proved to be Chelsea‘s intervention that hampered Liverpool’s bid, foiling Brendan Rodgers’ plan to form a relentless three-man attack along with Luis Suarez and Daniel Sturridge.

The Blues are believed to have approached Atletico and their prized asset at the time, offering to sign him for a higher fee if he waited until the following summer.

Turning out against Liverpool on a regular basis, rather than for them, Costa has proved to be a thorn in the Reds’ side on a number of occasions.

Though he has only scored once in his four outings against Liverpool, Costa has enjoyed relative success in the majority of these games, with two wins, one draw and a loss.

Most prominently, Costa’s performance against Rodgers’ Reds in the League Cup semi-final in 2015 showcased his ability as a snarling, big-game centre-forward. After the two sides played out a 1-1 draw at Anfield in the first leg, which saw him involved in a standoff with Jordan Henderson, the second leg highlighted a key aspect of Costa’s play, with studs-up challenges on Emre Can and Martin Skrtel and a tussle with Steven Gerrard—as is often the case, overlooked by the referee.

That day, Chelsea got the better of their opposition, sealing a place in the final by virtue of an injury-time header from Branislav Ivanovic.

It can certainly be argued that Costa’s physical brand of attacking play put Liverpool off their game, and it is something the No. 19 has made a habit of during his time with the Blues so far.

In three different games already this season, Costa could have feasibly earned a sending off.

Paired with his excellent form in front of goal, this is something Klopp must factor in when he prepares his side for their trip to Stamford Bridge.

How Can Klopp Deal With Costa? “If other supporters love you, it’s not a good sign!” Klopp told reporters ahead of Friday night’s clash, explaining how he thought the 27-year-old was “world class”:

“He’s a real warrior on the pitch. He uses his body all the time, that’s a quality.

“He was nearly unstoppable against Swansea [City on Sunday].

“It was a good game with the whole team, but I would say he could have been Man of the Match in this game. He’s strong, no doubt.”

Klopp is clearly aware of the challenge posed by a physical striker like Costa, but the German is unlikely to show the same level of respect during the game.

With Emre Can not yet available, Klopp is set to continue with Henderson at the base of his three-man midfield against Chelsea, with Dejan Lovren restored alongside Joel Matip in defence.

The inclusion of Henderson may work to his advantage, with the captain boasting experience of countering Costa’s psychological threat, while the return of Lovren, who has averaged more headers won per 90 (four) than any other Liverpool player so far this season, should be a boost.

Costa has seemingly struggled more when facing up against a similarly physical defensive line—something Skrtel previously succeeded in—and this is the approach Klopp must take on Friday.

Otherwise, Liverpool run the risk of falling to the myriad talents of Chelsea‘s warrior-like centre-forward in a similar manner to how Didier Drogba used to get the better of Jamie Carragher.

Liverpool will need to stop the balls to Costa, and stay calm when there’s inevitably a heated altercation involving the forward. Keeping cool heads will be vital and not playing to his antics.