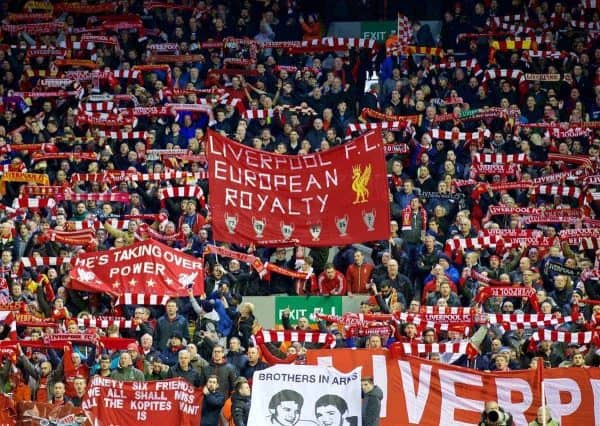 Liverpool without Europe: 2016/17 offers something new, but something familiar

What are you up to this week? That stigma of a lack of European football is revisiting us this season.

Since Liverpool FC returned to European competition after the ban was lifted in 1991, the club has missed out on qualification on six occasions. That’s 20 times out of a possible 26 that we’ve been in attendance. For a football club which has lived through a succession of peaks and troughs during that time, it isn’t too shoddy.

In comparison, Tottenham Hotspur, the club which has arguably taken over our role as ‘the great what might be’ entity of English football, has qualified 13 times over the same period of time.

While we’ve carted off a European Cup and a UEFA Cup in that span, playing in two further finals and coming close on a handful of other occasions, our north London compatriots have come nowhere near ordering in the bumper bucket of Brasso that we’ve needed.

I’m not ‘dissing’ Spurs here. As rival clubs go, I’ve a lot of respect for the team from White Hart Lane. They just strike a fair modern day comparison in many ways.

The best of luck to Spurs in Europe this season I say. In fact, a prolonged run in the Champions League this season will impact on their chances of retaining a place in the top four of the Premier League. There is a multi-purpose reason for wishing them well in their European endeavours.

What interests me more within all of this is how we tend to respond to those seasons when we don’t have a European campaign to juggle with the pre-requisite domestic one. I’m a great believer in that history repeats itself. Nothing in football is new, it is always something which revisits something which has unfolded before.

I mean, what sort of condition was the club in during those other post-Heysel ban Europe-free seasons? What were we really primed to achieve or endure? What can we take from the patterns of the past? As much as the game might change, the patterns tend to be repeated.

Try and remember this article at the end of the season and tell me I was wrong.

1993-94 was fractious. We can’t draw a genuine comparison to the Liverpool of 2016-17. Graeme Souness was on borrowed time, having alienated a large section of the support both on and off the pitch.

It was very much the end of an era and the beginning of the new. The passing of the baton from Souness to Roy Evans brought wild fluctuations. We were actually in the top six of the Premier League when Souness resigned, but in the wake of an FA Cup exit at home to Bristol City he was out.

Yes, managers really used to resign or find themselves sacked on the back of a domestic cup result.
Honest like.

Ron Atkinson was sacked by Manchester United on the back of a League Cup defeat at Southampton, despite an upturn in league fortunes. Alex Ferguson famously faced the sack by the very same club when they travelled to Nottingham Forest in the 3rd round of the FA Cup in 1990, while Howard Kendall’s position as the manager of Everton hinged upon a League Cup quarter final at Oxford United.

If anything, 1993-94 was mirrored last season for us, in the passing of the baton from Brendan Rodgers to Jurgen Klopp. Reaching two cup finals should really be seen as a transitional miracle act.

Changes in goal, defence and midfield were there to see. In goal, Bruce Grobbelaar finally departed the club, leaving the stage free to David James. In defence, John Scales and Phil Babb were brought in, and Jason McAteer was the much anticipated midfield addition. It was a season which felt like renewal.

2016-17 feels like renewal. Loris Karius was a broken bone away from starting this season as our new first choice keeper. Joel Matip and Ragnar Klavan have come in to contest the central defensive roles and Georginio Wijnaldum is the much anticipated midfield addition.

Like I said, history has a habit of repeating itself. Nothing is new.

1999-2000 is another season which has similarities to 2016-17. A new keeper in the shape of Sander Westerveld and new central defenders in the visages of Sami Hyypia and Stephane Henchoz. Didi Hamann playing the role of the much anticipated midfield addition.

How Liverpool fared when not in Europe:

Like I said, history has a habit of repeating itself. Nothing is new.

The two other seasons when we’ve slipped into the European twilight zone have arguably fallen into unique categories all of their own though. At least within the context with which they find themselves.

2011-12, two domestic cup finals, one won, one lost, in collaboration with a league campaign that hit you in in the stomach as much as it brought you joy, a season which once again had more in common with last season as it hopefully does this.

In many ways we need 2016-17 to offer us something which gives us ‘closure’ on the 2013-14 near miss on the Premier League title. That very last season when we set sail on a campaign without European football. We still hadn’t quite got over that near miss as we reached last May. League Cup final penalty shoot-out, and 1 up to 3-1 down UEFA Cup final defeats stung. All very in-keeping with the title fumbling heartbreak of 2013-14.

This season offers us something different, but familiar however. There are enough positive new elements to outweigh the old negatives now. We are 1994-95 once again. We are 1999-2000 once again, just hopefully with a more pronounced killer instinct.

1994-95 and 1999-2000 had their vulnerabilities. Not enough punch in the final third being the glaring issues. Both campaigns saw the goals dry up during the run-in.

Jurgen Klopp isn’t Roy Evans or Gerard Houllier however. The demands are higher, the kid gloves off. Evans and Houllier’s Liverpool’s were marked by tentative aspiration and muffled hope. Klopp’s Liverpool is heavy metal, no matter what the man himself says about that famous comment from his Borussia Dortmund days.