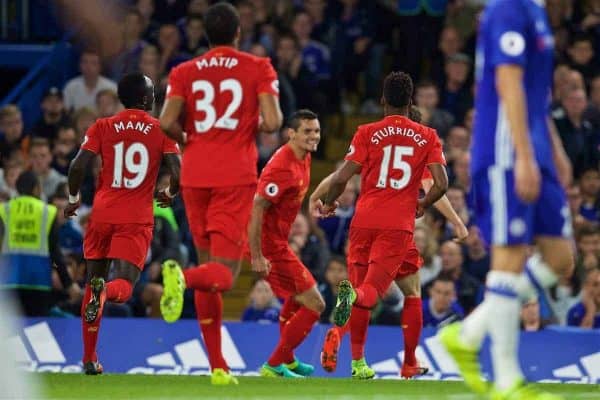 Jurgen Klopp‘s chosen XI is likely to retain a familiar look against Swansea on Saturday, but the Liverpool manager has a couple of options to consider in defence and attack before he finalises his selection.

The Reds head to the Liberty Stadium to face Francesco Guidolin’s Swansea City, looking for a fourth straight Premier League win in the early kick-off on Saturday (12.30pm BST).

Klopp’s men arrive in south Wales in fine goal-scoring form and full of belief having backed up big wins on the road by thrashing Hull at Anfield, and the task for Liverpool is to secure another maximum over struggling opponents and add to the building momentum earned by a hugely positive start.

The strength and depth of the squad at his disposal means Klopp is once again faced with some big decisions over his team selection, and the German has some key calls to make, particularly with who starts in attack.

Klopp has continually faced tough selections this early season such is the quality and depth of his squad – a crucial reason, he believes, to his side’s excellent opening.

But choosing the starting team for Saturday could prove more straightforward than recent games after last weekend’s blistering performance, which could tempt Klopp to stick as closely as possible to the set-up that mauled the Tigers last time out.

One change is likely to be made to that XI with fit-again Lovren replacing Klavan, but the rest of the team could be retained, leaving Klopp hoping for a repeat display and three more points from his strong defence, all-action midfield and blistering attack.

Liverpool would therefore look like this at the Liberty Stadium:

However, Klopp could make a slight adjustment to his attack in Wales, to ensure of a fresh performance.

The Liverpool boss could introduce Sturridge for the individual brilliance to unlock defences and goal-scoring instinct the England striker brings, but a hugely difficult call comes with who then makes way.

With Firmino and Mane’s current form making them both undroppable, Coutinho – despite his own impressive displays – would be the man to offer an incredible impact option from the bench, allowing his compatriot to play from the left and Sturridge to lead the attack.

These changes, added to Lovren’s introduction, would see the Reds look like this come kick-off time:

The Reds have worked superbly to earn such an impressive start, and it’s crucial another relentless performance is produced to earn three points in south Wales and ensure momentum is maintained.