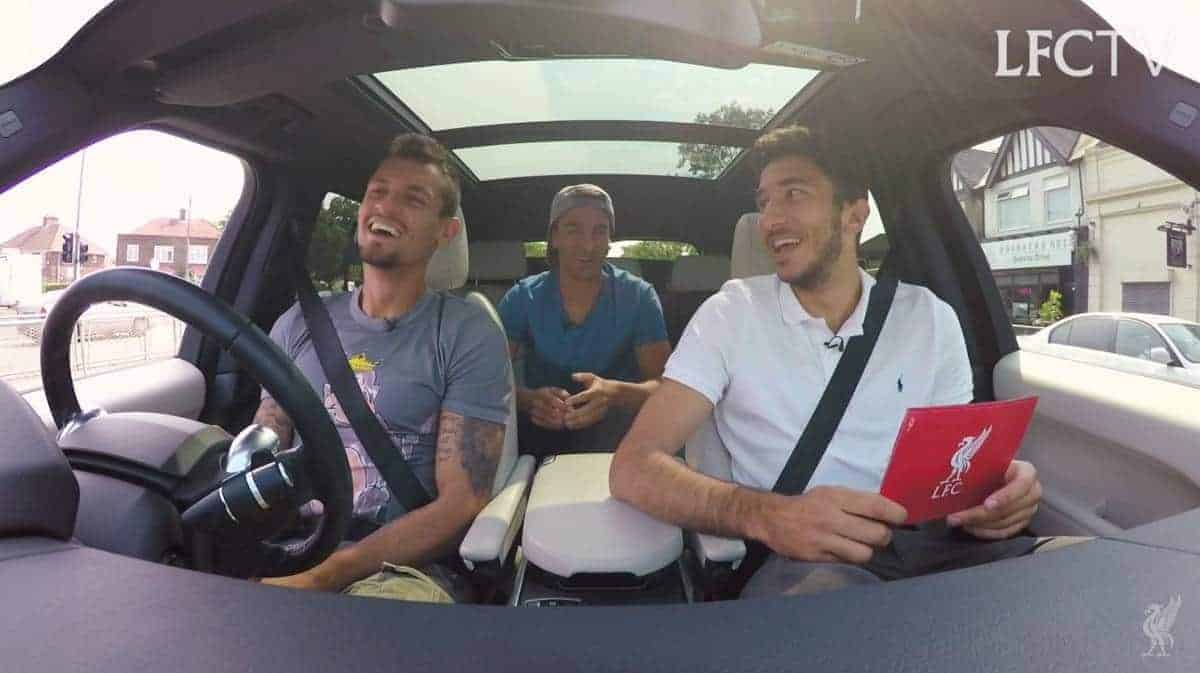 Liverpool’s Balkan trio, Dejan Lovren, Marko Grujic and Lazar Markovic took a trip round to city together this summer, talking life with the Reds.

Before Markovic’s loan move to Sporting CP, the Serbian joined his compatriot, Grujic, and Croatia international Lovren on the drive to Melwood.

With Grujic asking the questions, the trio talked their fears, hidden talents and club initiations.

Reliving Lovren’s winning header in last season’s 4-3 Europa League quarter-final victory over Borussia Dortmund, the Croatian said “from now until the end of my life, I think people will remember this goal.”

They also prank called their team-mate, Philippe Coutinho, and gave a powerful rendition of You’ll Never Walk Alone on their arrival at training.

Lovren scored his first goal of the season in the Reds’ 2-1 win away to Chelsea earlier in September, while Grujic made his full debut away to Derby County in the League Cup.

Meanwhile, Markovic’s spell with Sporting has been mixed so far, making three substitute appearances, including a loss to Real Madrid in the group stage of the Champions League.