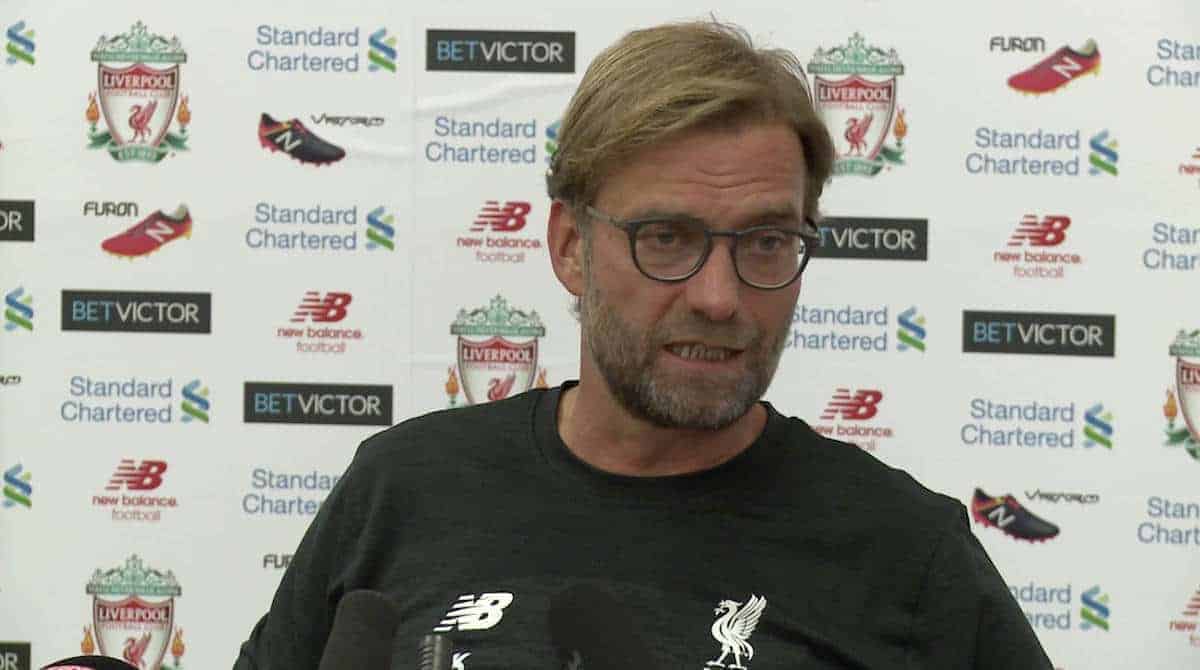 Klopp briefly discussed the Mamadou Sakho situation, saying he’d spoken to the player and the squad and now considered the matter closed.

There was a quick injury update, with only Divock Origi a doubt to the trip to Wales.

Klopp spoke about the Swans’ early season form, saying they look like a team better than the four points they have so far shows.

The manager also admitted his side deserved defeat on their last trip to Swansea in April but go there this weekend looking to deserve something else.

Kick off at the Liberty Stadium on Saturday is 12.30pm (BST).