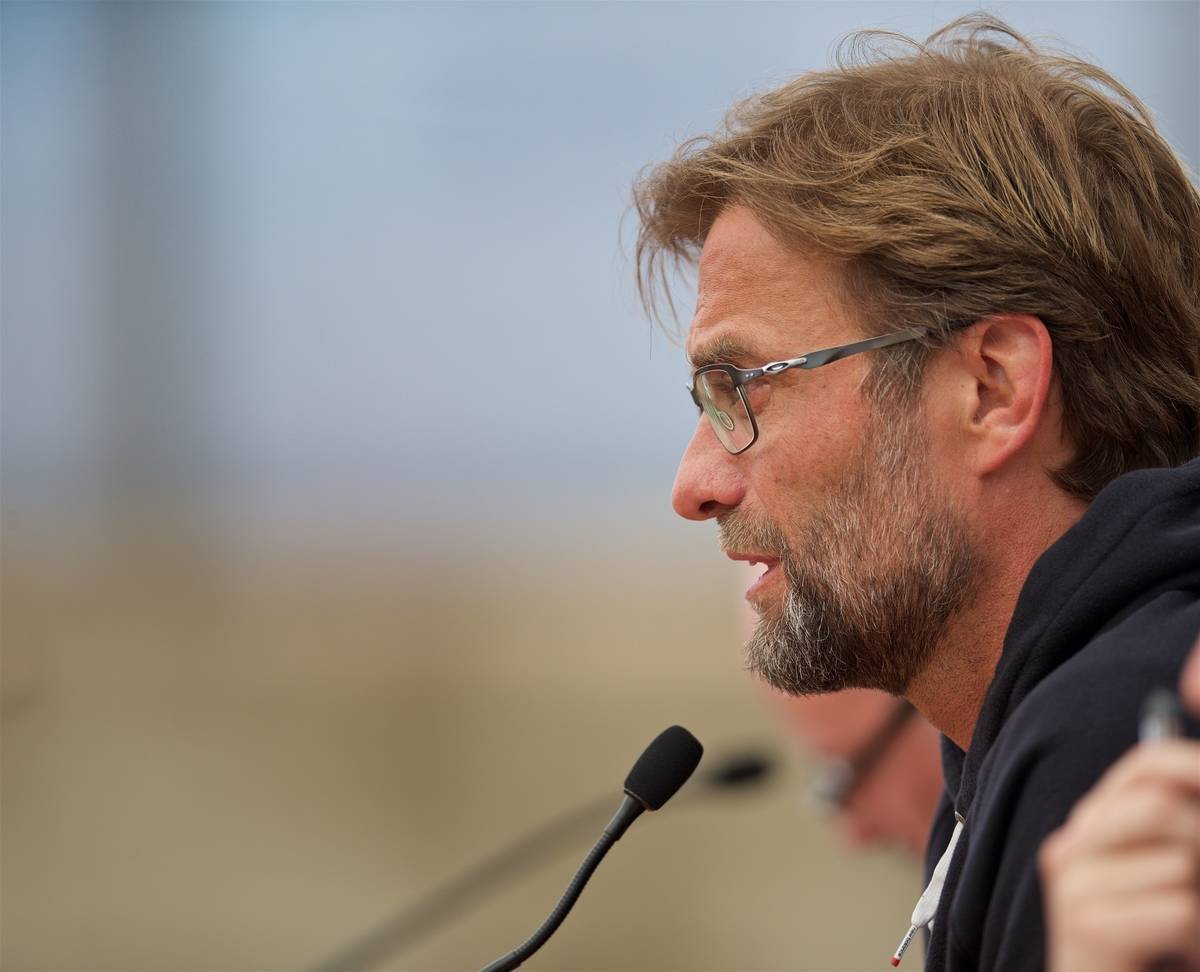 Two goals from Roberto Firmino and strikes from Sadio Mane and Adam Lallana sealed the victory for the Reds in their first outing since Anfield’s summer makeover.

The biggest crowd since 1977 watched on as Liverpool dominated the Premier League champions, with Jamie Vardy’s first-half effort the only negative on the night.

Klopp roared his side on throughout, but provided a more measured analysis in Anfield’s new press room, covering a variety of topics.

Most prominently on the agenda was the effervescence of Liverpool’s attacking line, with the likes of Mane, Firmino, Lallana and the widely unsung Daniel Sturridge in excellent form.

Klopp addressed this by saying “we really deserved the three points,” but stressed that “I’m not interested in setting standards until we have reached the final standard.”

“But I don’t like too much after a game where everybody could see that we were good that we celebrate it like something really special happened.

“That’s what I expect from us. What we did today, those are the things I expect.”

Though he is looking for his side to kick on towards Friday’s away clash with Chelsea, Klopp also discussed the importance of an emphatic performance in front of Anfield’s new Main Stand.

The German also hailed the quality throughout his squad, saying “Phil [Coutinho] didn’t start, Divock Origi didn’t come on, there were a few players injured, but it was still a good team [performance].”

It was an excellent display from the Reds, but Klopp will be hoping for more of the same in the future.