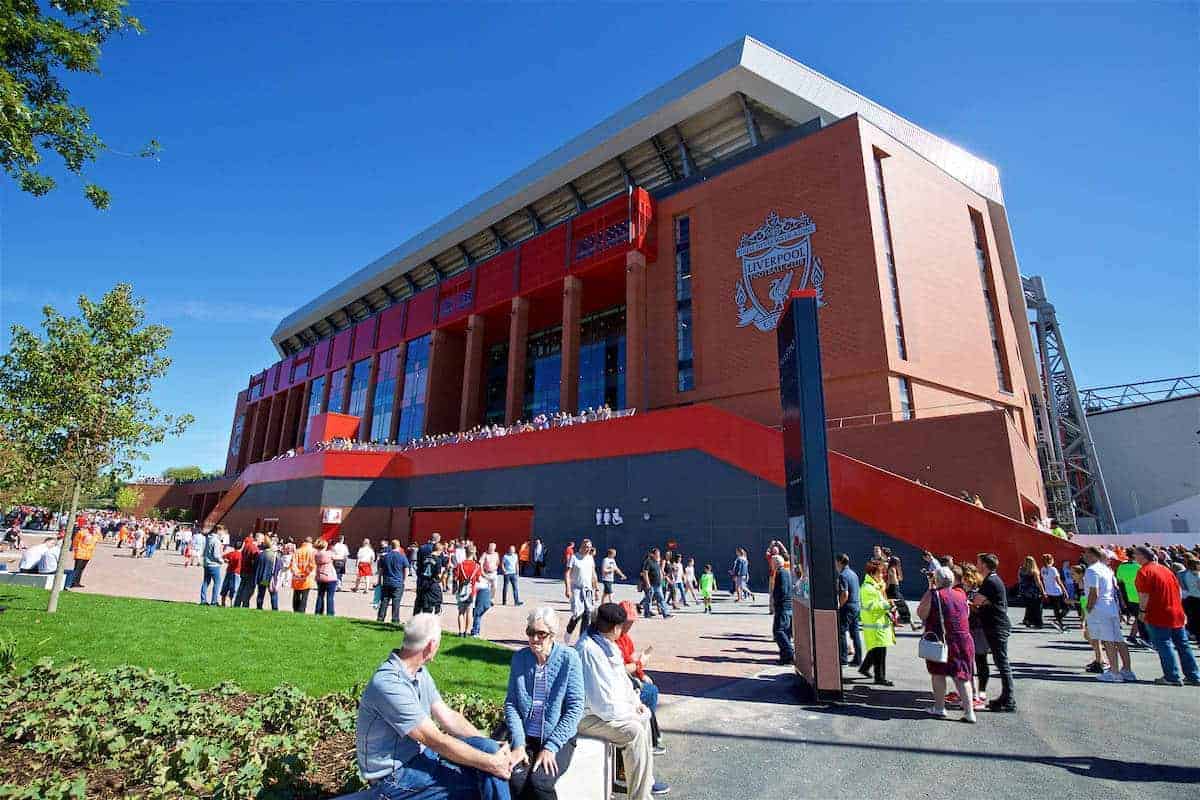 Liverpool will finally play their first home game of the new season on Saturday, after work on the new Main Stand raises Anfield’s capacity to 54,167.

Liverpool added around 8,500 new seats to the Main Stand this summer, as plans to expand the Reds’ home stadium went into their first phase.

Taking on Leicester City on Saturday evening, Jurgen Klopp‘s side will play their first game since the expansion.

Before this could take place, however, the club were required to pass a number of security checks, which saw them hold two test events for supporters at the end of August.

This provided the opportunity to experience a host of improvements made to both the interior and exterior of the stadium.

Outside Anfield, the development of Paisley Square and 96 Avenue, host to the Hillsborough Memorial and trees from Klopp’s homeland of the Black Forest, represents a major upgrade.

The player’s entrance has been moved, too, with the team bus now set to drive into a specially built entrance on the side of the stadium.

This will see Saturday’s clash with the Premier League champions record the highest attendance for a Liverpool home outing since May 1977, when the Reds drew 0-0 with West Ham.

Ahead of Saturday’s game, work has continued in and around the stadium, with the new dugouts seating installed and the Shankly Gates being re-installed in their new place, at the corner of the Centenary and Anfield Road stands.

Players will have temporary changing rooms while work continues on some internal areas through to January next year.