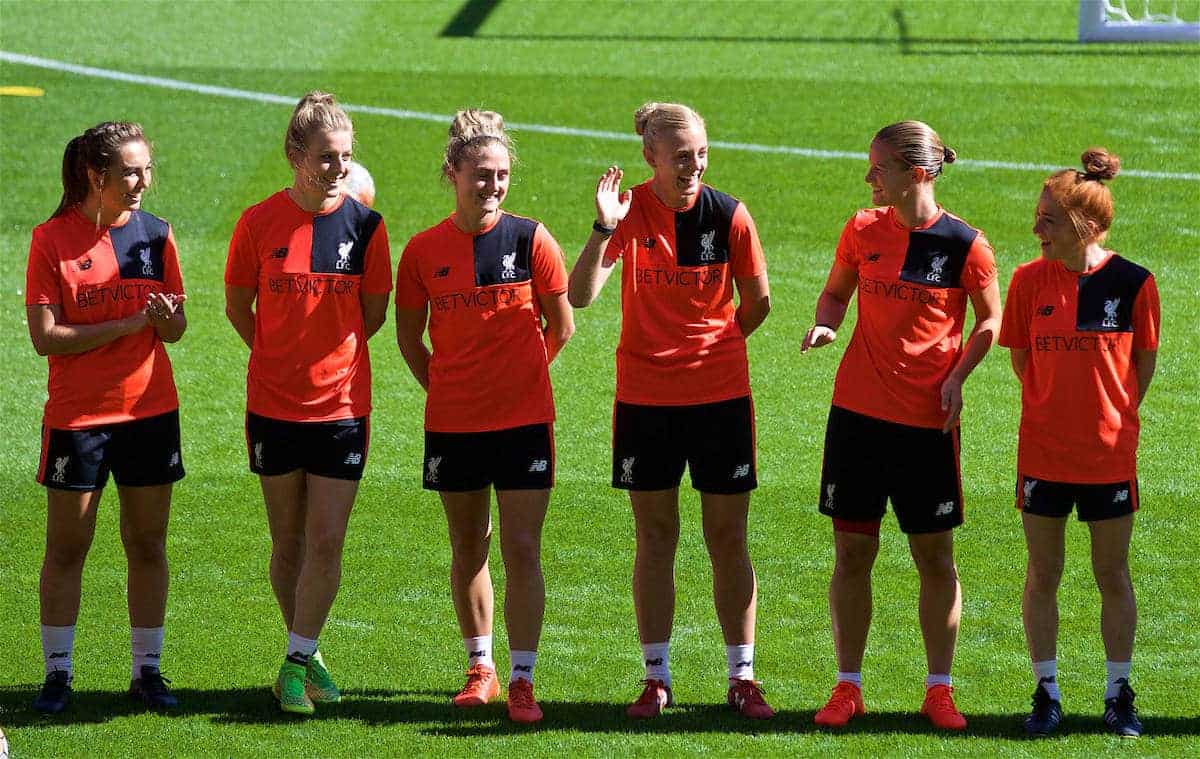 Liverpool Ladies remain unbeaten in eight consecutive games in the league and took another six points from victories against Doncaster Dovers Belles and Reading this week.

Katie Zelem’s late strike secured a win for Liverpool Ladies on Thursday night against Reading as the Reds kept their eighth clean sheet of the season.

Reading, who are yet to record a victory in the FA Women’s Super League 1 so far, dominated the majority of the second-half but it was Liverpool who grabbed the winner.

Laura Coombs and Natasha Harding had chances to put the Reds in the lead during the first half as both teams battled it out, attacking with intent.

The second half started off much the same and Reading had a penalty saved by the Liverpool goalkeeper, Siobhan Chamberlain after Lauren Bruton’s effort was a tame one.

Melissa Fletcher saw a shot rebound off the post for Reading as they continued to threaten the Liverpool goal, but substitute Zelem came on to score the winner for the Reds with five minutes to spare.

It was their second game in six days after recording a 1-0 victory against Doncaster Rovers Belles on Saturday evening.

The Ladies suffered a late loss in the FA WSL Continental Tyres Cup against Birmingham City earlier this month but made no mistake on their return to Super League action.

Striker Natasha Harding scored a stunning, curling effort to give Liverpool Ladies the victory after a dominant performance but the number of chances missed by her team was worrying.

She said: “We created about six or seven chances but we weren’t clinical enough and credit to their defence, they put their bodies on the line.

“We felt the goal was coming and the goal I scored was just like one I scored in training so my confidence was high.

“We had to be patient and sometimes teams come here and just block us but you have to hit them when you can.

“We dug out the three points and that was the most important thing. We are all confident and proud of our performances.”

Liverpool Ladies currently sit in fourth position in the Super League 1 table behind Arsenal Ladies. They take on Birmingham City Ladies on Sunday 25th September in their next fixture.