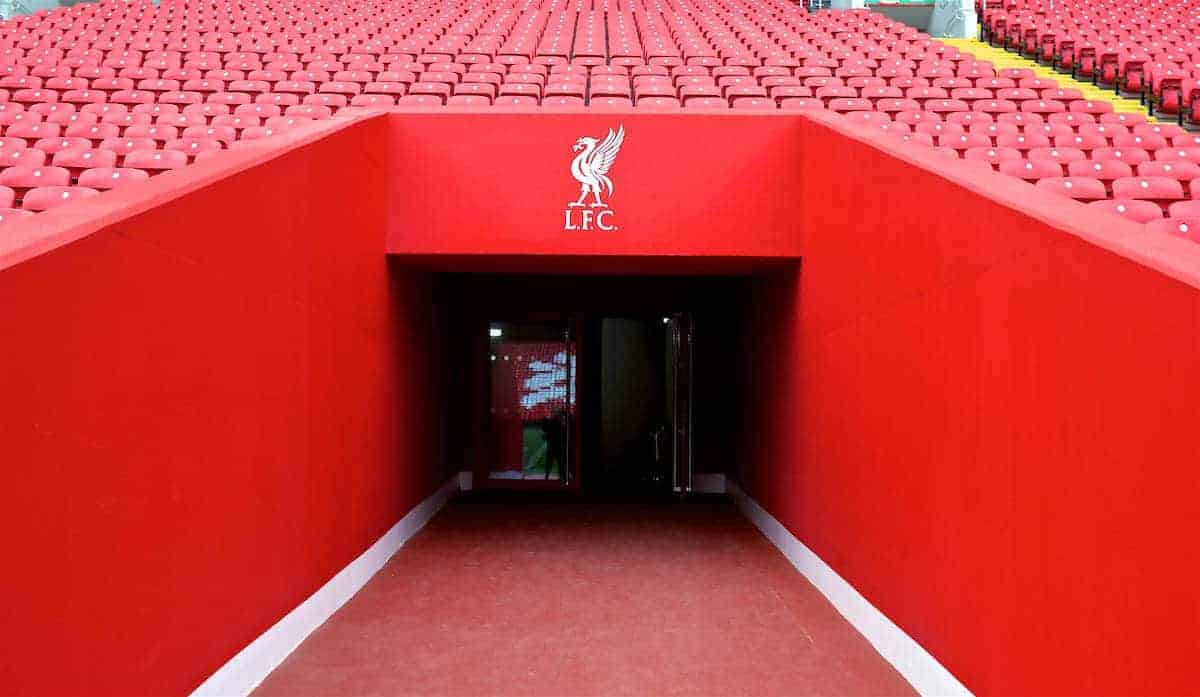 Anfield will open its doors to the public for the first time on Saturday evening, following the expansion of the Main Stand this summer.

Liverpool’s home stadium has undergone a major makeover ahead of Saturday’s Premier League clash with Leicester City, including work on the Main Stand.

This saw the addition of 8,712 seats within a phenomenal structure, with Liverpool unveiling the new-look Anfield on Friday morning.

The player’s tunnel, the dugouts and food and drink facilities have also been improved, with the This is Anfield sign still in place on the way out to the pitch.

Further work has also taken place on the exterior of the stadium, including the introduction of Paisley Square and 96 Avenue.

The latter is now home to the Hillsborough Memorial, as well as trees from Jurgen Klopp‘s homeland of the Black Forest.

The Shankly Gates have been relocated to the entrance of the Centenary Stand car park, and will be open to supporters for Saturday’s 5.30pm kickoff (BST).

Liverpool owners John W. Henry and Tom Werner will be among those in attendance, as the Reds look to improve their league form with a victory at home to the Premier League champions.

Anfield is now a hugely impressive stadium, and Klopp will be hoping to match this with his side’s performances on the pitch.