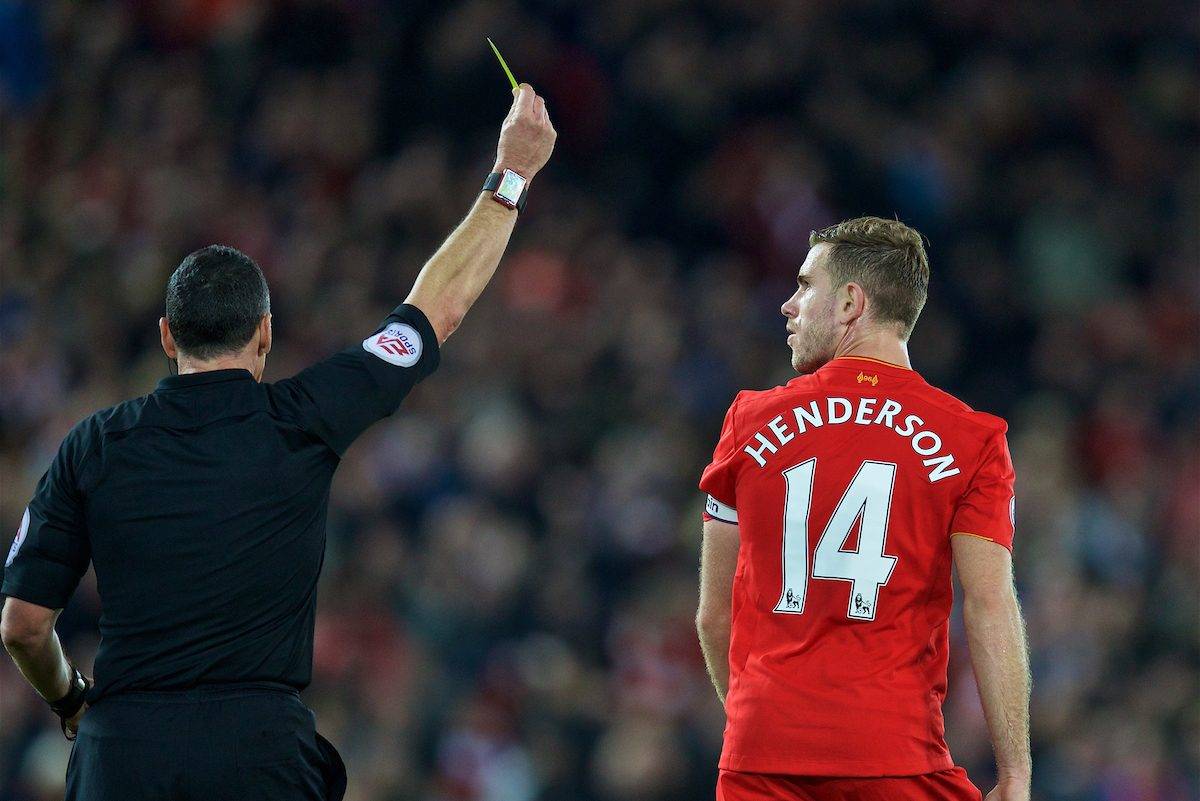 Liverpool captain Jordan Henderson is suspended for the Reds’ League Cup clash with Tottenham Hotspur at Anfield on Tuesday night.

The 26-year-old has started every game so far this season in both the Premier League and the League Cup, impressing in a new role as Jurgen Klopp‘s No. 6.

But as comes with the territory of operating as a defensive midfielder, Henderson has picked up a host of cautions, with his fifth yellow card of the season coming on Saturday evening.

Neil Swarbrick saw fit to book Henderson for dissent, deep into the second half of Liverpool’s 2-1 victory at home to West Bromwich Albion, meaning he will now miss out as Klopp’s side take on Spurs in the League Cup‘s round of 16.

This is far from a catastrophic outcome, however, with Henderson then back available for Liverpool’s league clash with Crystal Palace on October 29. Klopp has a number of players capable of filling the void left by his captain, with Emre Can, Marko Grujic, Lucas Leiva and Kevin Stewart all available.

Adam Lallana and Georginio Wijnaldum are both working their way back to full fitness after injury, ensuring Klopp is capable of navigating Henderson’s absence and still field a strong midfield trio.

Can was in impressive form against the Baggies at Anfield and could find himself be pole position to replace Henderson as Liverpool’s deep-lying midfield general.

Klopp is unlikely to rotate heavily against Mauricio Pochettino’s side, having opted for strong sides against Burton Albion and Derby County in previous rounds, but Henderson’s absence will need to be addressed.