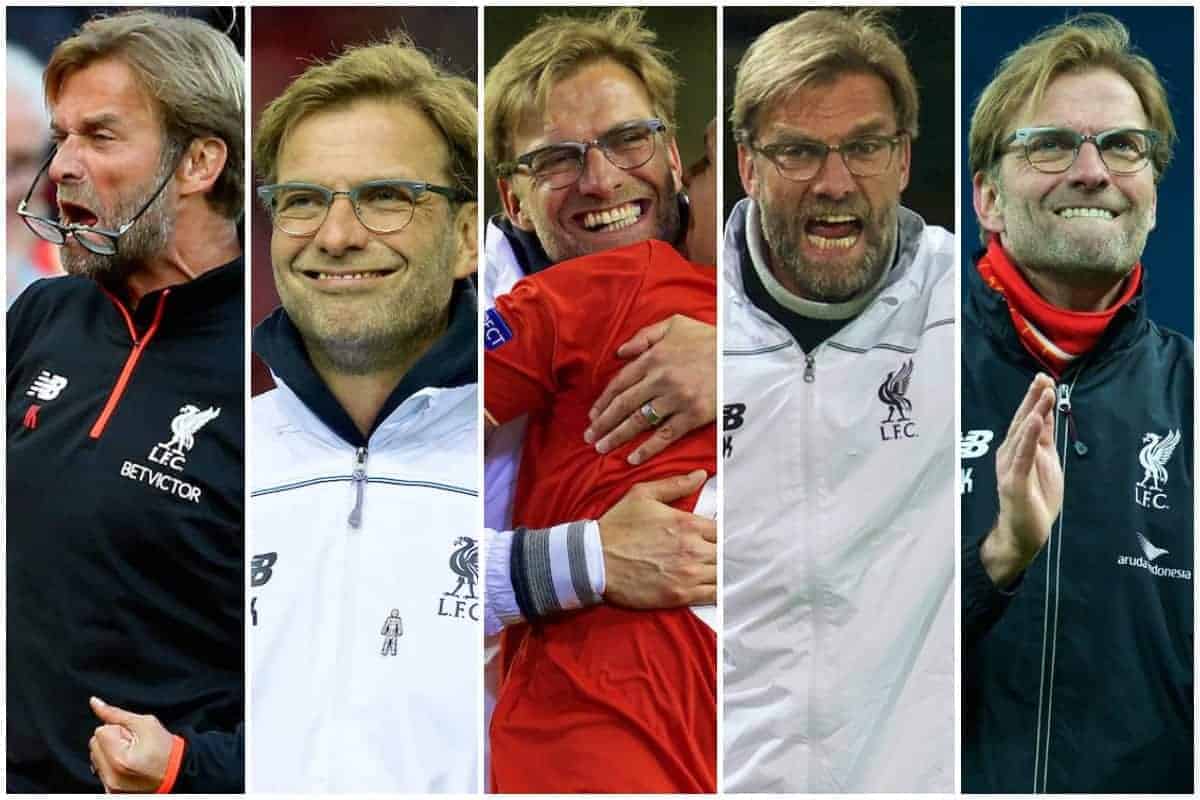 We have witnessed some brilliance on the pitch since Jurgen Klopp was named Liverpool manager, with performances of real majestic team play.

It has been a thrilling first year under the German, who has transformed things since the disappointing final days of Brendan Rodgers’ reign.

Klopp inspired Liverpool to both the League Cup and Europa League final last season, and although the Reds lost both, it was still a great achievement so soon after taking charge.

This season, things have gone up another gear, and in the middle of another international break, Liverpool are right in the title mix.

We have seen some fabulous displays from the Reds since Klopp’s arrival, but what have been the five best team performances? Here are our selections.

Liverpool strode out in front of a new-look Anfield against champions Leicester City last month, knowing that a resounding win would be a major statement of intent—and they did just that.

The Reds ripped Claudio Ranieri’s side to shreds for the vast majority of proceedings, and only Lucas Leiva‘s dreadful error gifted the Foxes a route back into the game at 2-0.

Roberto Firmino, Sadio Mane and Adam Lallana all found the back of the net, and Leicester were fortunate they didn’t concede more on the day.

The pace of Liverpool’s play was frightening at times, as was the work rate and interchanging between the attacking players. Having not beaten Man United for a couple of years, Klopp’s men welcomed them to Anfield for the first leg of their Europa League last-16 tie.

Liverpool took their bitter rivals apart on Merseyside, dominating them on and off the ball, and the gulf in quality was almost embarrassing at times.

Daniel Sturridge‘s penalty and Firmino’s close-range finish were enough to ease the Reds to victory, but 2-0 was very generous on United.

The Reds had 21 attempts on goal, while the beleaguered visitors didn’t win a single corner. Rarely has a Liverpool-United showdown felt so one-sided. A late 1-0 defeat at Villarreal in the Europa League semi-final first leg had left Liverpool with plenty to do, but they responded magnificently in the return fixture.

The La Liga outfit couldn’t cope with the relentlessness of the Reds’ play at Anfield, and as soon as Bruno Soriano’s early own goal went in, the writing was on the wall.

Although that goal meant the tie was effectively level, there was so much purpose and ruthlessness to Liverpool’s play that the result was only going one way.

Sturridge and Lallana scored further efforts in the second half, with the latter’s goal the icing on the cake on a perfect evening.

Without doubt, the most unforgettable night of Klopp’s reign so far, and one of the greatest European victories in Liverpool’s history.

Having registered a respectable 1-1 with Borussia Dortmund in the quarter-final first leg in Germany, it was all to play for back on the Reds’ hallowed turf.

Klopp’s former club made a stunning start, going 2-0 up in no time, but Liverpool actually played very well and created many chances in the opening 45 minutes.

Divock Origi‘s finish gave the Reds hope after the break, but Marco Reus’ strike then looked to have put the tie to bed. What happened next was pure sporting theatre.

Coutinho, Mamadou Sakho and Dejan Lovren all scored to complete the most remarkable of turnarounds, and it was richly deserved, after what was a fantastic performance. The way in which Liverpool took Man City to the sword last November was a joy to watch, and it remains the most complete display under Klopp to date.

The quality of football in the final third was astonishing at times, with the linkup play between Lallana, Coutinho and Firmino world class.

Coutinho and Firmino’s goals were wonderfully worked, and Martin Skrtel’s blistering finish rounded off one of the Reds’ greatest-ever away performances in the Premier League.

As has so often been the case under Klopp, if the finishing had just been a little better, Liverpool could genuinely have scored seven or eight.