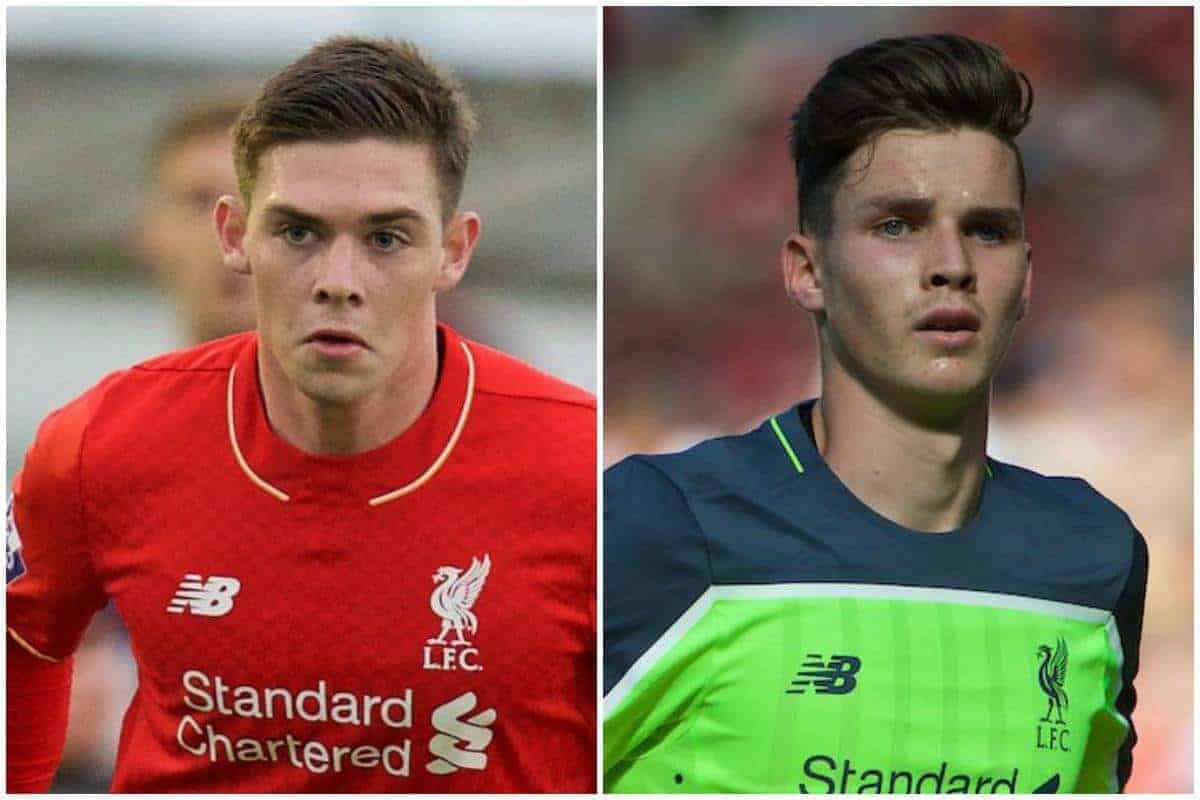 Liverpool loan duo Jack Dunn and Sam Hart were both in action in the EFL Trophy on Tuesday night, with contrasting results.

Dunn and Hart left to join Morecambe and Port Vale respectively this summer, seeking further experience as they look to establish themselves on the senior stage.

Their latest outings came in the newly revamped EFL Trophy, with Morecambe taking on Stoke City U21s at the Globe Arena and Port Vale welcoming Mansfield Town to Vale Park.

Dunn led the line for Jim Bentley’s side, and against a Potters outfit that featured a host of first-team talent, shone from the first whistle.

This failed to deter the Shrimps, however, and Dunn got his side off the mark within three minutes, showing his composure to fire past Haugaard after an error from Stoke centre-back Liam Edwards.

Edwards was sent off before the half-time mark, opening the floodgates for the Morecambe attack, with further goals from Cole Stockton and Peter Murphy ensuring Adam’s second-half strike was little more than a consolation.

Though an attendance of just 686 showcased the widely held view of the Football League’s changes to the competition, Dunn can be pleased with his performance against a very strong side. Meanwhile, Hart was named in the starting lineup for Port Vale’s clash with League Two side Mansfield, but did not enjoy as much success as his academy colleague.

Hart, who made his first appearance for Jurgen Klopp‘s first team in the Reds’ 4-0 pre-season friendly defeat to Mainz 05, took up a position on the left of Bruno Ribeiro’s defence in a 4-4-1-1 formation.

Yellow-carded just after half-time, Hart saw his side fail to break the deadlock, before Mansfield substitute Matt Green sealed the winner for the away side.

Hart played the full 90 minutes, as with Dunn for Morecambe, but was unable to influence the result as he did so positively in Port Vale’s 3-1 victory over Millwall a week previous.

Elsewhere, neither Ryan Fulton or Lloyd Jones featured for their loan sides, as Chesterfield fell to a 4-1 defeat to Accrington Stanley and Swindon Town sealed a penalty-shootout win over Oxford United.

Morecambe, Port Vale, Chesterfield and Swindon all have further chances to secure progress to the tournament’s knockout stage, however.

The next round of fixtures is set to take place on November 8 and 9.