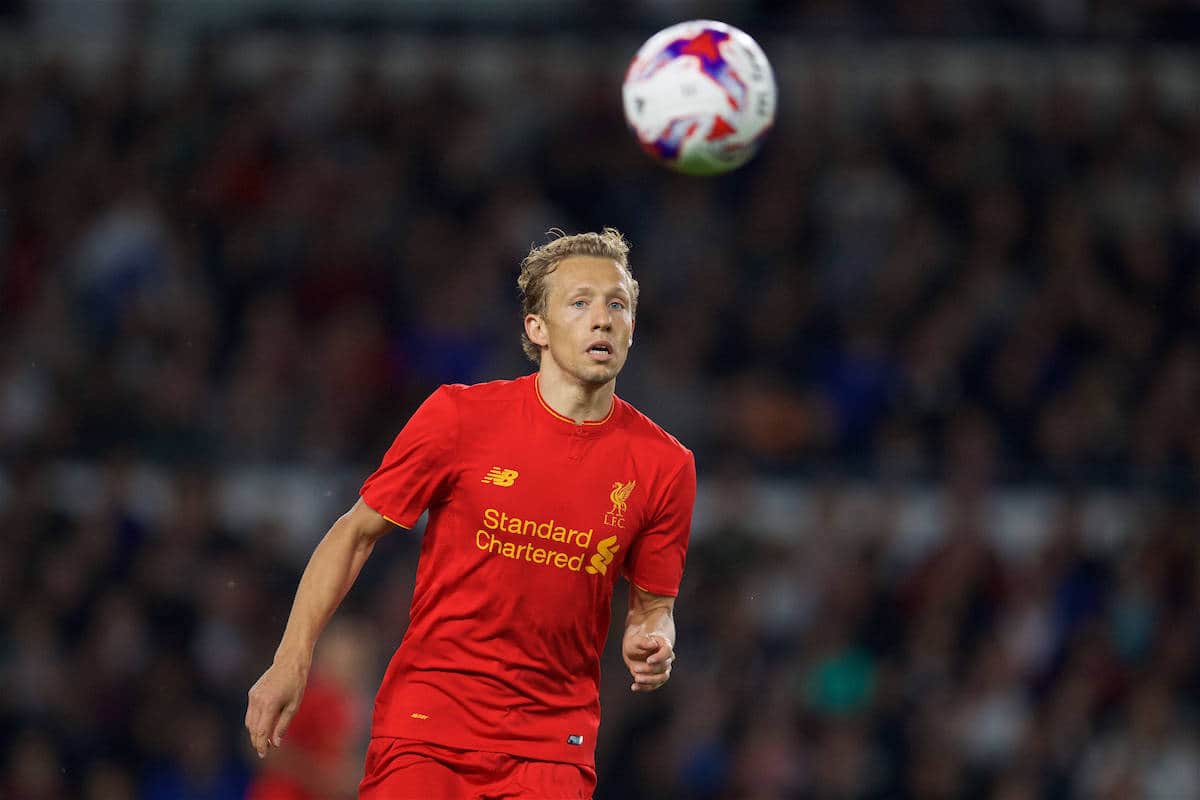 Lucas Leiva believes Liverpool can go all the way in the League Cup after a much-changed Reds side beat Tottenham 2-1 at Anfield to reach the quarter-finals.

Jurgen Klopp handed debuts to Ovie Ejaria and Trent Alexander-Arnold, changing Liverpool’s entire starting line-up in the process, but it had little effect.

The England forward miscued another opportunity from close range just after the break but slotted home his second goal on 64 minutes.

Georginio Wijnaldum almost settled the contest with a fine free-kick, which was well saved by Michel Vorm, but Tottenham hit back from the spot.

Lucas was adjudged to have tripped Erik Lamela and Vincent Janssen stepped up to convert the penalty with 15 minutes left, but Liverpool—losing finalists last term—held on.

Lucas told Sky Sports: “Last year we came very close, but we don’t have any European [games] this year and hopefully we can win all three competitions.

“It was very good experience for [the young players], and they will develop.

“I think the manager showed the trust that he has in the squad and I think it was the right decision.” Vorm made a number of fine saves, including a one-on-one stop from Danny Ings in the closing stages, to keep Tottenham in the game during an action-packed second half.

Sturridge, who also hit the bar with a deflected shot late on, was left on the bench for Saturday’s Premier League win against West Brom but was happy to feature from the start against Spurs.

He said: “It’s a nice feeling [to be back], but I’m grateful to god for helping me get through all the things I’ve had to go through and I’m happy with tonight.

“We had a lot of chances, we played some good football, so I think we deserved it in the end.”