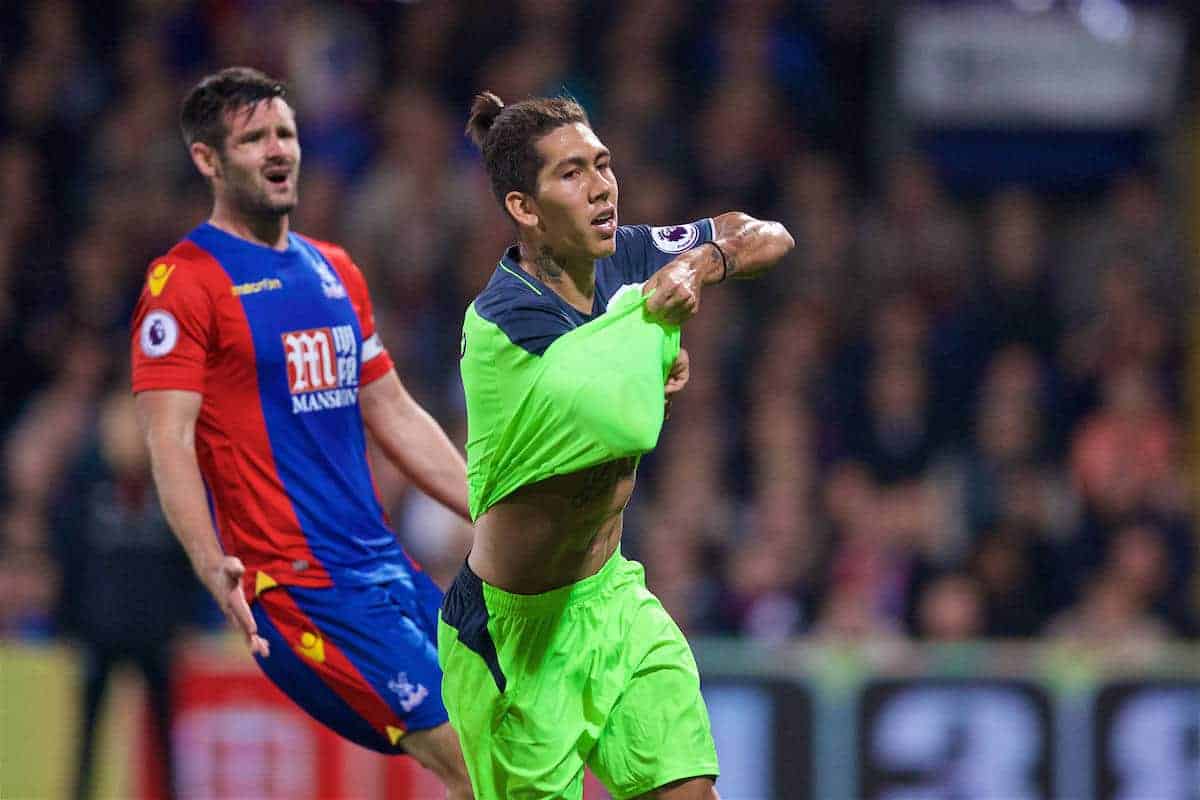 Liverpool were in sensational attacking form as they sealed a 4-2 win away to Crystal Palace on Saturday evening.

Despite conceding two James McArthur headers, the Reds were in convincing form, extending their unbeaten run to 11 games in all competitions.

Goals from four different players secured the three points for the away side, as Jurgen Klopp returned to his regular starting lineup—after making 11 changes in midweek.

A tense opening gambit played out at Selhurst Park, as Palace looked to force Liverpool out of their rhythm. But it took just 16 minutes for Emre Can to break the deadlock, slotting home after great work from Jordan Henderson, Philippe Coutinho and Alberto Moreno.

It was the German’s first goal of the season, as he continues to work towards top form following a disappointing spell on the sidelines with an ankle injury.

But a mistake from Dejan Lovren saw McArthur head Palace back into the contest just two minutes later.

However, the Croatian made amends shortly after, restoring Liverpool’s lead with a powerful header from a Coutinho corner. McArthur then netted another following a poor defensive effort from Moreno, towering over Lovren to send the ball past Loris Karius and make it 2-2.

However, Joel Matip was then on hand to put the Reds ahead before the interval, netting his first Liverpool goal after a free transfer from Schalke 04 in the summer. Liverpool looked to steady the ship after half-time, and largely controlled the second period, before a moment of magic from Henderson and Roberto Firmino put the result beyond doubt.

An inch-perfect through ball from the captain sent Firmino through one-on-one with Steve Mandanda, with the Brazilian lifted it over the sprawling Palace goalkeeper before tearing away to celebrate with Coutinho and Sadio Mane.

Klopp was rightly pleased with his side’s efforts at full-time, and crucially, the contribution of the travelling Kop, with the manager leading the Reds over to the away stand to applaud their backing.

Next up, Liverpool welcome Watford to Anfield on November 6, eager to keep the winning streak going.