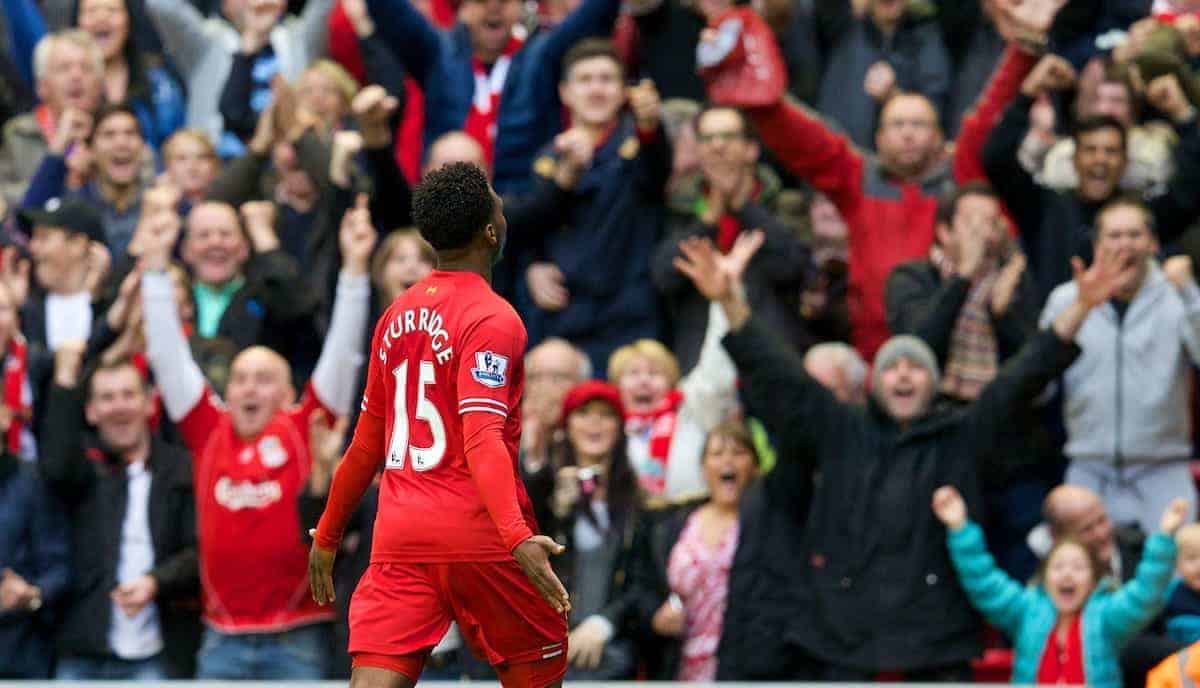 Saturday’s clash with West Brom returns to the scene of one of Daniel Sturridge‘s greatest ever Liverpool goals.

The striker, in sensational form duelling with Luis Suarez for the title of the Reds’ top goalscorer in 2013/14, lifted a long-range lob over Boaz Myhill in a 4-1 victory over the Baggies.

This was the latest in a long line of excellent chips and lobs from Liverpool players in the Premier League, as the club have showcased in a new video package.

Sturridge’s goal stands as the 10th best in the Reds’ repertoire, with Luis Suarez’s impudent chip against Tottenham Hotspur in the same season beating his to ninth place.

The No. 15’s lob over Everton goalkeeper Tim Howard also features, as well as three efforts against Manchester United: from Danny Murphy in 2002, Robbie Fowler in 1995 and Andrea Dossena in 2009.

There are two efforts from the halfway line included, with Suarez’s strike against Norwich City in 2012 edged by Xabi Alonso’s incredible goal against Newcastle United in 2006, while Emile Heskey makes the list for his goal at home to Coventry City in 2000.

Liverpool’s No. 1 lobbed goal in their time in the Premier League, however, is given to Suarez.

The Uruguayan tormented Norwich throughout his spell with the Reds, and his long-range volley against the Canaries in 2013, beating John Ruddy from all of 35 yards, is the pick of the bunch.