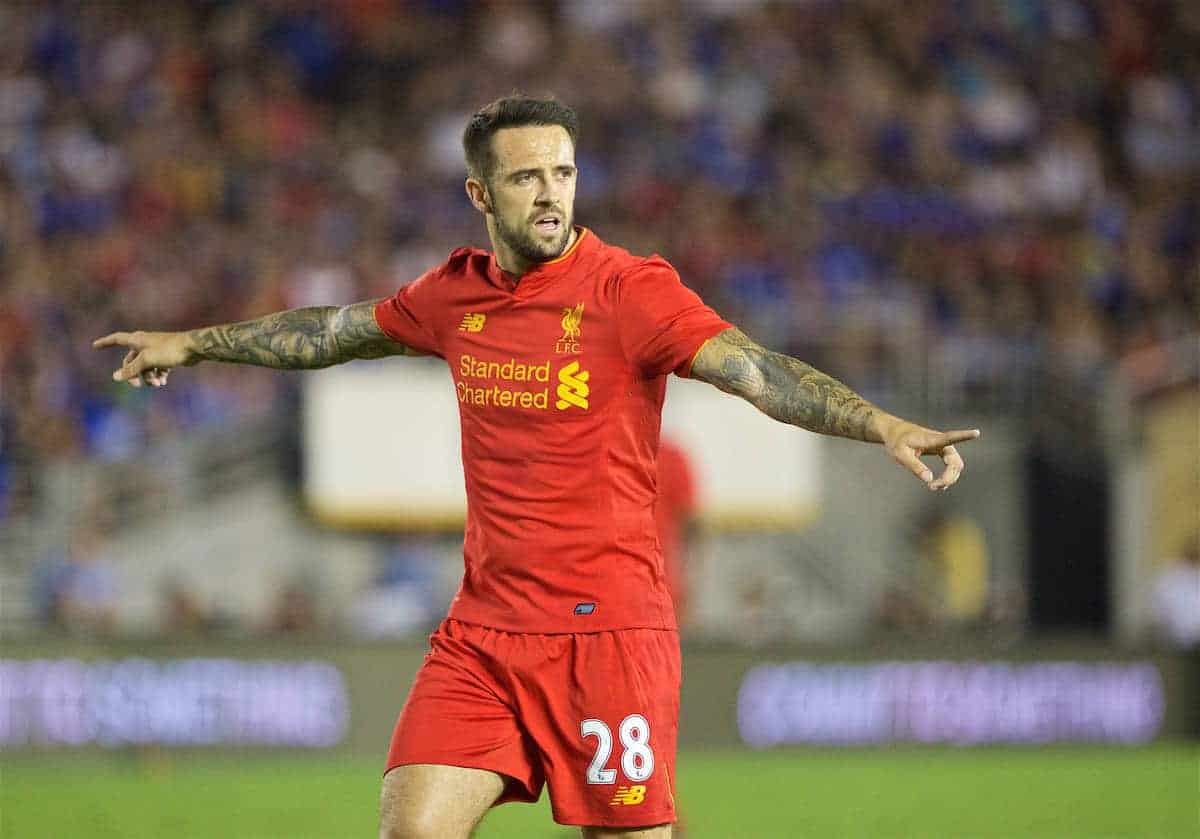 Ings is set to miss the rest of the 2016/17 campaign after suffering the injury in the Reds’ 2-1 League Cup victory over Tottenham Hotspur.

The 24-year-old will undergo surgery in London this week, with his layoff expected to last seven to nine months, with manager Jurgen Klopp revealing the extent of his injury on Wednesday.

This is Ings’ second serious knee injury in as many seasons, having spent seven months on the sidelines after rupturing the ACL in the opposite knee last October.

He was joined by Joe Gomez on the treatment table at the same time, and the young defender was one of the many Liverpool players to take to social media following Ings’ latest setback.

“He’s bounced back before and will do it again,” Gomez said, offering his support to Ings after his help in his own rehabilitation over the past year.

This was mirrored by Adam Lallana, who described Ings as “a top person, a top pro and a top player,” tipping him to “come back stronger and better.”

Captain Jordan Henderson also gave his support, telling Ings that “we are all behind you.”

Goalkeeper Simon Mignolet, who started on the bench alongside Ings in the win over Spurs, told the striker to “stay strong.”

Meanwhile, a host of former Liverpool players, including Ings’ three-time strike partner Christian Benteke, also offered their backing for the No. 28:

Sad news for this top player and guy!! @IngsDanny what doesn't kill you make you stronger ????

Gutted for @IngsDanny .still got time on his side and I'm sure he will come back even stronger #positive

Gotta be gutted for Danny ings!what a nightmare for him.Out for another season.

And his former club, Burnley, also sent their best wishes to a player who scored 43 goals in 130 games during this time at Turf Moor:

All at @BurnleyOfficial and @BurnleyFC_Com would like to wish @IngsDanny a speedy recovery following news of his latest injury setback.