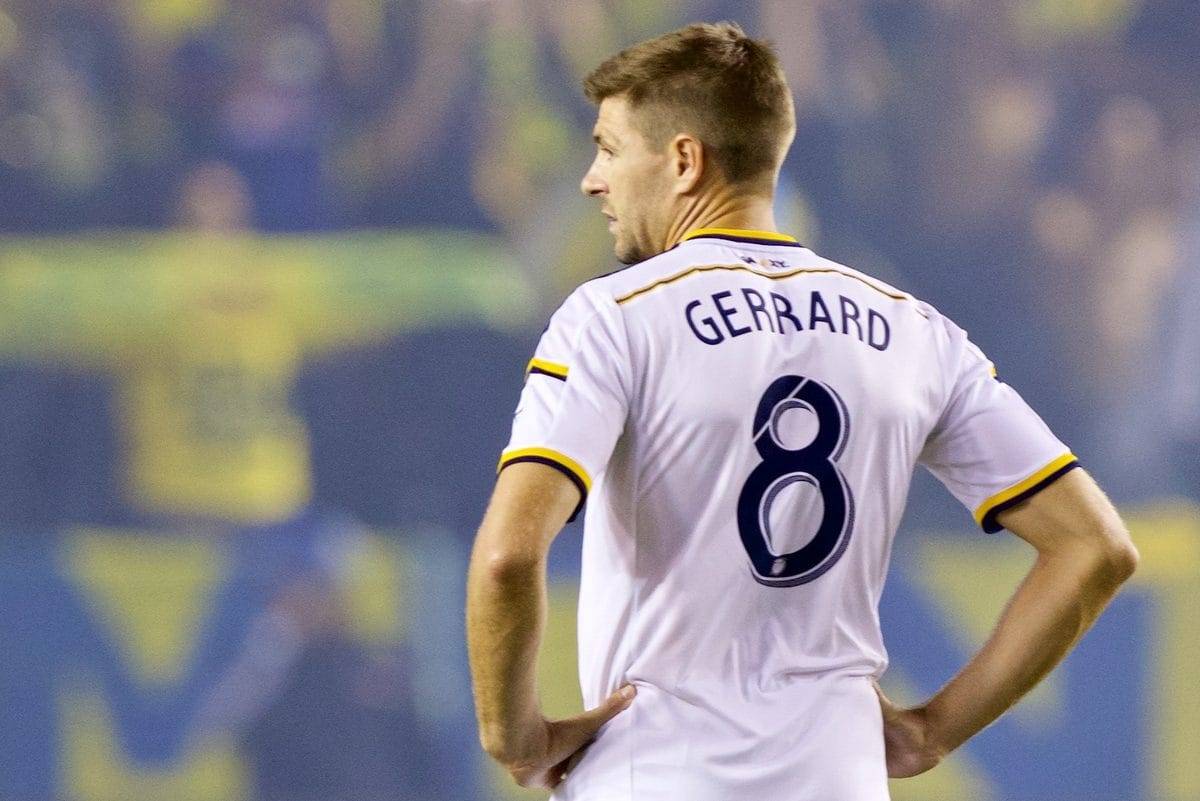 LA Galaxy manager Bruce Arena has not closed the door on Steven Gerrard as the ex-Liverpool midfielder reaches the end of his contract.

Gerrard joined Galaxy in 2015 and has completed his 18-month contract with the MLS outfit after their play-off defeat last weekend.

The 36-year-old has been widely tipped to return to Merseyside when he leaves Los Angeles and he is believed to have begun talks with Liverpool over a possible coaching role with the club.

However, there have also been suggestions that Gerrard could continue his playing career, with rumours around a reunion with Brendan Rodgers at Celtic circulating.

Speaking this week, Arena expressed a desire to keep Gerrard and Robbie Keane at the StubHub Center.

“We were honoured to have Stevie here as well as Robbie and are hopeful they continue to be part of our club,” Arena said.

“If Sunday was his last game, to finish the way he finished with that penalty and the 45 minutes he played after being out for close to two months, was pretty impressive.”

The possibility of Gerrard staying with the Galaxy seems slim, given his struggle to adapt to life in LA and regular trips back to Merseyside.

It’s even more unlikely given Gerrard’s wife, Alex, is currently pregnant and expecting their fourth child together.

Gerrard was back at Melwood shortly before his last game for the Galaxy, receiving treatment on a hamstring injury after seeking a second opinion from the Liverpool medical staff.

It is likely that Arena is simply fulfilling his media obligations, providing a public backing for two of the club’s most high-profile players.

In fact, Arena has revealed he is yet to discuss the future with either Gerrard or Keane.

“I haven’t spoken to those players and I think we need to let them have time to think about what they want to do with their future,” he said earlier this month.

“I’m sure both will at the proper time discuss their future.”

Gerrard scored five goals and laid on 15 assists in his 39 appearances for the Galaxy, but failed to secure silverware in his two seasons in MLS.