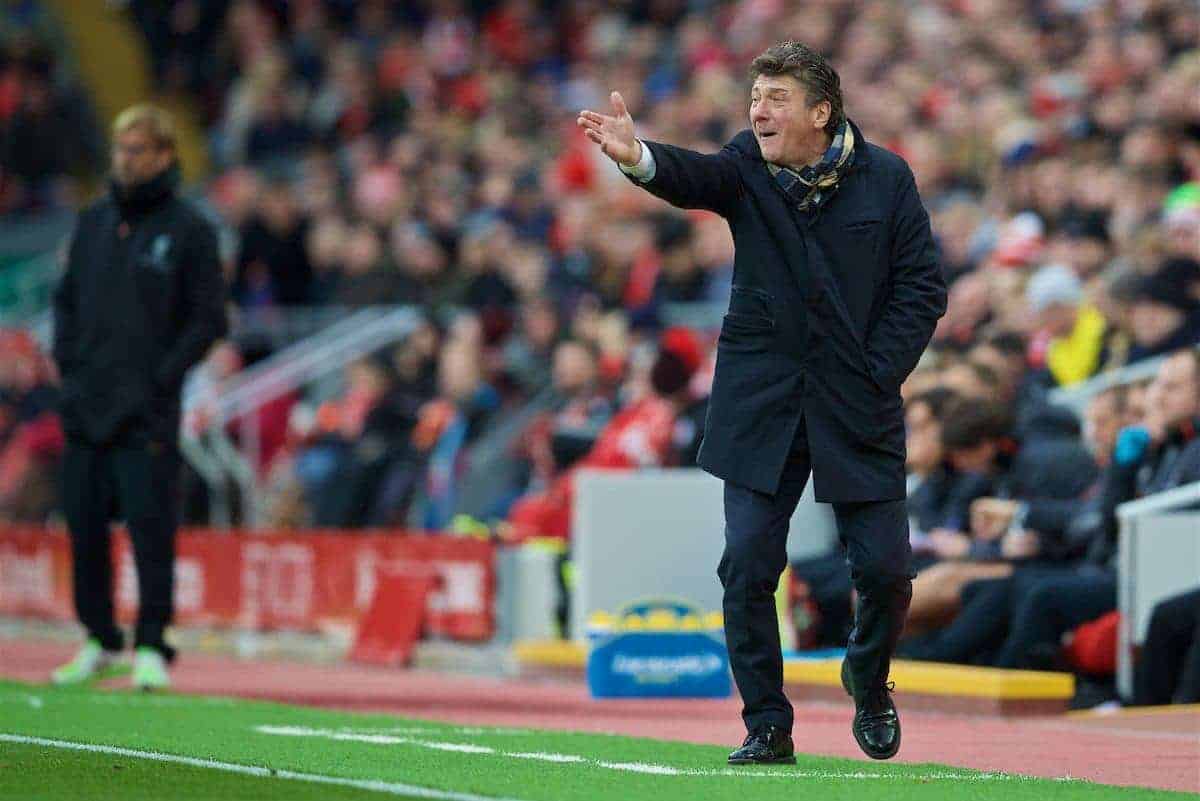 Watford manager Walter Mazzarri couldn’t help but show his admiration for Liverpool, following his side’s 6-1 defeat at Anfield on Sunday.

The home crowd was treated to yet another footballing exhibition, as the Reds took apart a team who had kept three successive clean-sheets prior to the game.

The standard of Liverpool’s attacking play was something special for much of the afternoon, and their opponents couldn’t live with them.

Sadio Mane‘s double was added to by further goals from Philippe Coutinho, Emre Can, Roberto Firmino and Georginio Wijnaldum, on a day when Jurgen Klopp‘s side reached the top of the Premier League table.

Mazzarri says Liverpool are in with a great chance of title glory in 2016/17, and admits they are the best team Watford have faced under his tutelage.

“No doubt of the teams we have played, Liverpool are the team I’m most impressed by,” Mazzarri said.

“If they continue to play like this, they are number one for winning the Premier League. I stress of the teams we have played.”

Mazzarri is the latest in a growing list of opposing managers or players to come out with superlatives for Klopp’s Reds, following a storming start to the campaign.

Last week, Crystal Palace duo James McArthur and Alan Pardew lauded Liverpool after their 4-2 win at Selhurst Park, with the former calling them a “really strong contender” for the title this season.

Hull City centre-back Curtis Davies gushed about the Reds after his team were mauled 5-1 at Anfield in October, while the likes of Danny Rose, Tony Pulis and Darren Bent have been equally praiseworthy.

There is no team in better form in the country at present, and in terms of entertainment value, Liverpool have to be right up there with the most exciting sides in Europe.

They have scored 30 goals in just 11 league matches – 40 goals in 14 games in all competitions – and Sunday’s win over Watford saw them enjoy the most number of shots in target (17) in a Premier League game since Opta starting collecting data in 2003/04.