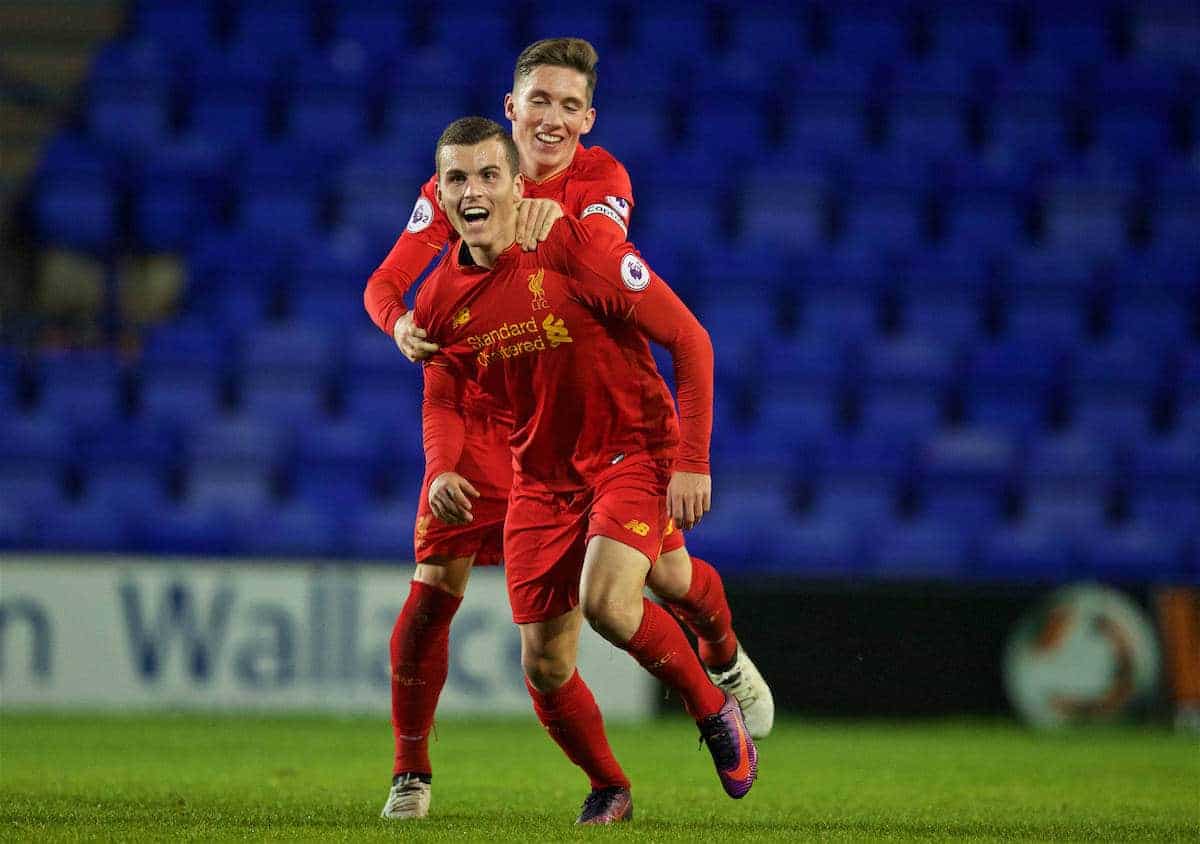 Liverpool under-23s came from behind to draw with Porto in the Premier League International Cup but were unable to get a late winner they probably deserved.

Marko Grujic was the standout name on the teamsheet, starting in the No.10 role for Michael Beale’s side.

There was a first start for summer signing Juanma, a left-back signed from Barcelona B, while Mamadou Sakho and Tiago Ilori continued at centre-back.

But there was no Trent Alexander-Arnold, Ovie Ejaria, Kevin Stewart, Cameron Brannagan or Pedro Chirivella for Michael Beale’s side though.

A good save by 17-year-old keeper Kamil Grabara early on denied the organised, patient Portuguese side the lead. The Reds fell behind shortly after the interval when Omar Govea scored a brilliant curled free-kick to put the visitors ahead and Porto were in the ascendency.

There were perhaps question marks over the Reds’ wall being set-up by Grabara, something to learn from. Other than that, Grabara had a good showing in goal.

Liverpool earned a credible equaliser when Brooks Lennon finished well after being played in by captain Harry Wilson. The young American cut inside the defender on the edge of the box and curled a lovely effort into the far corner.

All of a sudden, it was Liverpool pushing for a winner, with Ilori, Wilson, Grujic and Ben Woodburn all going close. But the Reds weren’t able to get the winner despite a late penalty shout.

With a minute remaining Wilson chipped the keeper from Connor Randall’s through ball – his shot was cleared before it crossed the line, but the keeper had taken Wilson out in the process.

Jordan Williams, making his first start since injury, impressed in midfield and boss Michael Beale will be pleased with the performance against a team who play together competitively in the professional league in Portugal.