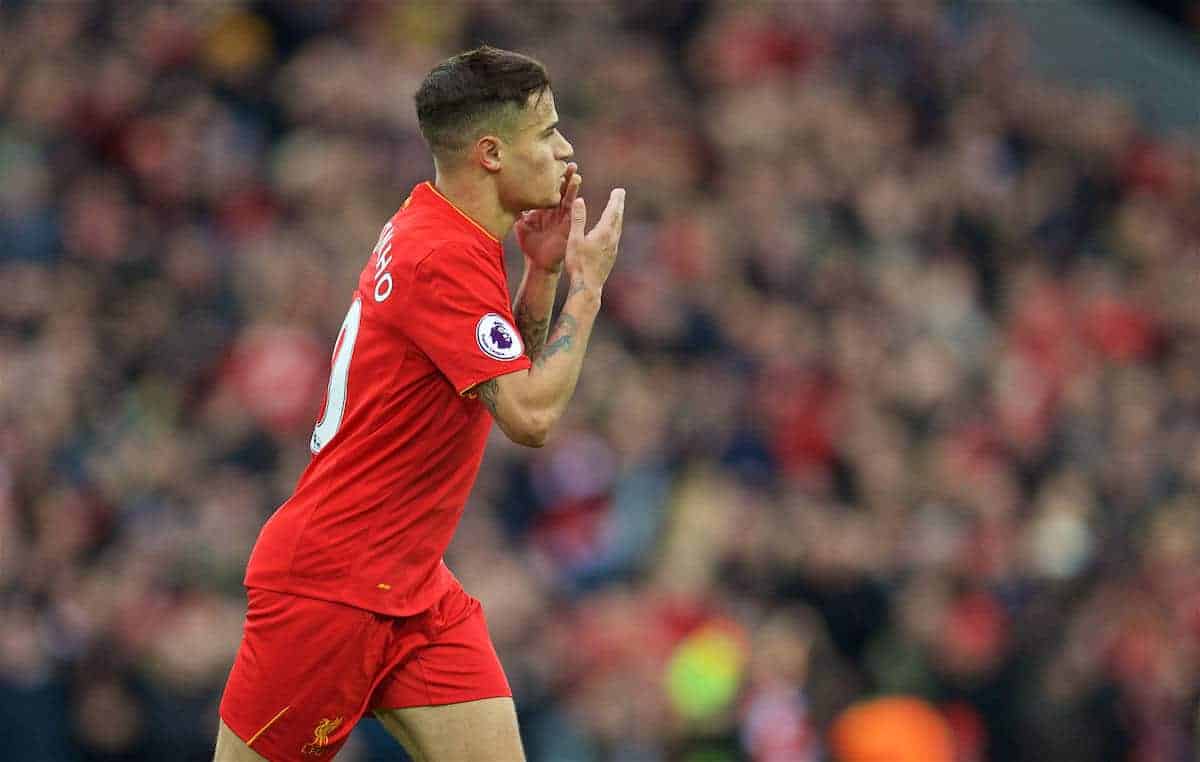 Liverpool destroyed Watford at Anfield on Sunday and man of the match Philippe Coutinho spoke of how Jurgen Klopp wants his forwards moving.

The Reds romped to a 6-1 victory and the three points were enough to see them reach the top of the Premier League table.

On a day of outstanding individual performances, Coutinho once again stood out, scoring his side’s second goal and taking home the official man of the match award.

He has received that honour five times this season – the same number of wins that Man United have managed in the league to date.

The 24-year-old says he is very pleased with Sunday’s win and praised Klopp for the fluency he has got Liverpool playing with.

“The manager asks us to move a lot and that’s what we tried to do in the game and create space for our teammates,” Coutinho said.

“That’s what we tried to do today. We had a good win, it’s good for us and we are happy with that.

“My target is to play well and help my teammates, contribute in the games and learn a lot, and that’s it.”

Coutinho’s form in the last month or so has been a joy to watch, and he is an early contender to win the prestigious PFA Player of the Year at the end of the season.

The Brazilian has arguably been the Premier League‘s star man so far in 2016/17, and his game has gone up a huge gear.

He has added more goals and assists to his game in relentless fashion – six goals and six assists already – and is now Liverpool’s undisputed talisman.

Coutinho staying fit is crucial to Liverpool’s chances of mounting a genuine title challenge, as they seek to end of 26 years of hurt without a league crown.