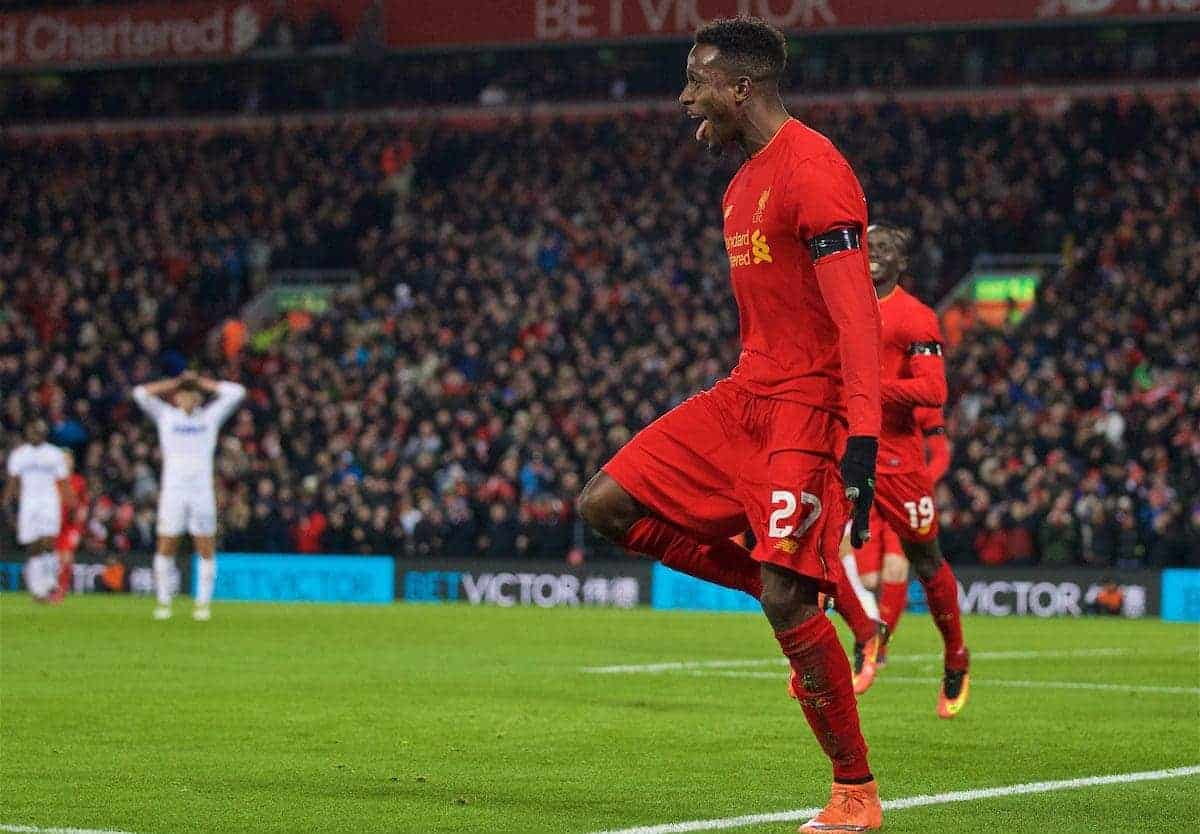 Liverpool sealed their place in the League Cup semi-finals with a 2-0 victory over Championship side Leeds United on Tuesday night.

The Reds welcome Garry Monk’s Leeds to Anfield for their quarter-final clash, with Jurgen Klopp making eight changes to the side that won 2-0 at home to Sunderland on Saturday afternoon. With Steven Gerrard watching on from the stands, Ben Woodburn was named on the substitutes’ bench for the second game running.

Lucas Leiva wore the captain’s armband, with Jordan Henderson and James Milner settling for a place alongside Woodburn.

Emre Can was one of just three players, along with Georginio Wijnaldum and Sadio Mane, retained from the weekend, and took part in a fierce battle in the middle of the park. Leeds made some dangerous strides into the final third, with the likes of Alberto Moreno needing to be on their toes in defensive situations.

Trent Alexander-Arnold and Ovie Ejaria both made their second starting appearances for the club, and were in excellent at right-back and central midfield respectively.

Liverpool were held to a 0-0 draw at half-time, but Klopp remained patient, waiting until the 66th minute to send Woodburn on for Kevin Stewart. Before Woodburn could make an impact, Alexander-Arnold sent Divock Origi through for Liverpool’s opener, bending a sensational cross behind the defence for the Belgian to nudge home.

This provided the lift the home side needed, and six minutes later, Woodburn netted the Reds’ second of the night, becoming the club’s youngest ever goalscorer. This was an emphatic moment for all of Merseyside, with Woodburn swarmed by his team-mates and, at full-time, embraced by a proud German.

Liverpool now await the semi-final draw, where they could face Hull City, who have already qualified, or any of, Arsenal, Southampton, Man United and West Ham.

Klopp’s side are now unbeaten in 15 games, with Woodburn’s strike yet another positive in a remarkable season so far.