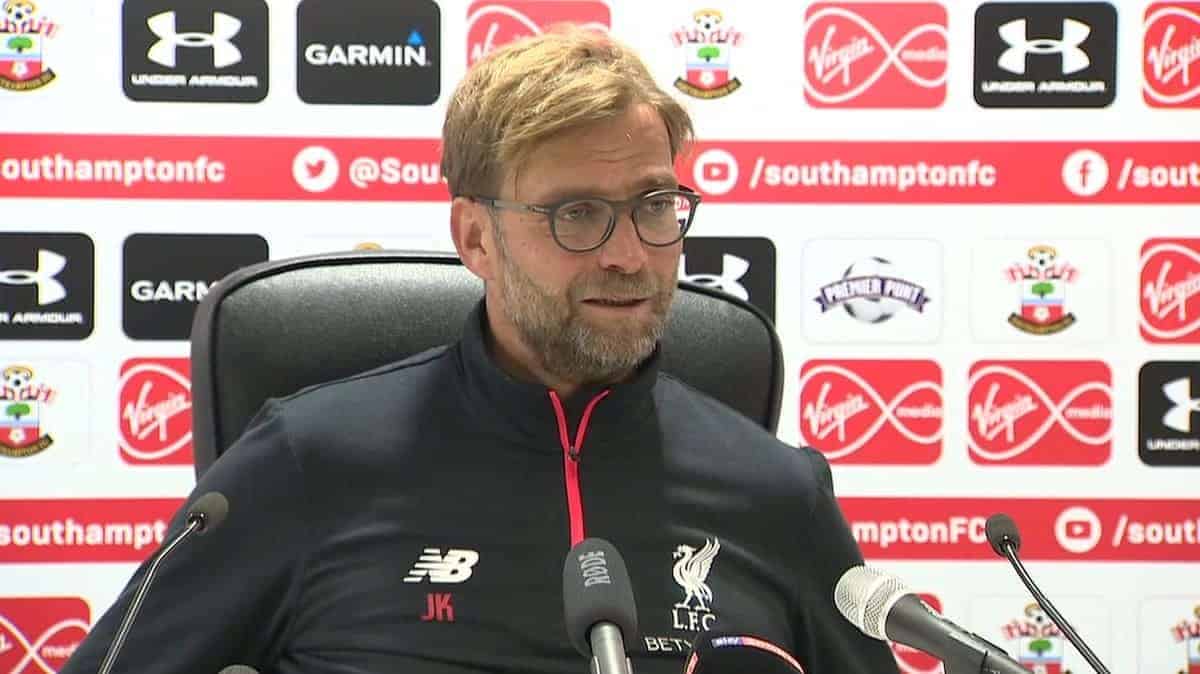 Watch Jurgen Klopp speak to the media after Liverpool failed to take their chances and drew 0-0 at Southampton in the Premier League.

Philippe Coutinho had reportedly been a doubt for the game after playing twice for Brazil and arriving back late from international duty, but Klopp said: “Phil had no big problem – it was no risk [to play him].”

“We were much better in the second half,” he said. “It was a really good performance against a good side, Southampton are a well-organised side and I think they adapted their style to our strengths.”