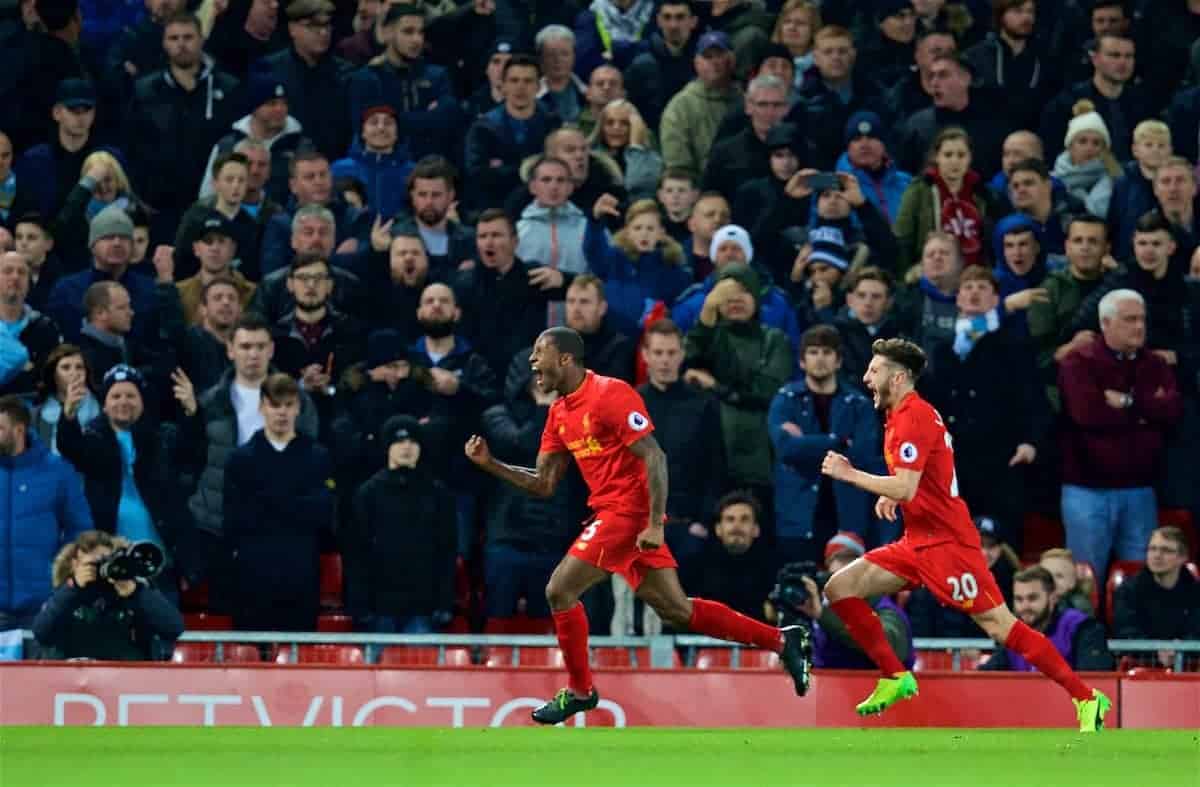 Liverpool rounded off an exciting 2016 with a hugely impressive 1-0 victory against Manchester City at Anfield on New Year’s Eve.

Joel Matip and Philippe Coutinho were both forced to sit out but Emre Can was drafted into the starting lineup to bolster the midfield.

Roberto Firmino moved back into his preferred No. 9 role which meant Divock Origi and Daniel Sturridge had to settle for a place on the bench.

It was Georginio Wijnaldum who broke the deadlock, scoring with a superb header after just eight minutes and Liverpool went on to dominate the first half.

Manchester City had to wait 53 minutes for their first shot on goal but they grew into the game and the Reds were under pressure in the second half.

Jurgen Klopp‘s side held on though, and it was a terrific tactical display which earned Liverpool a vital three points.

Here are all the best reactions from social media throughout the game.

The Gini header was an absolute belter wasn't it?

WHAT A BRILLIANT GOAL! GINI!!!

As good a goal scored at Anfield as there has been all season; Terrific pass (Firmino) brilliant cross (Lallana), perfect header (Wijnaldum)

Simon Mignolet did a bit of risky showboating…

*Never thought I'd say this*

That was great between Firmino and Sterling. A proper duel for possession.

Still can't get over Milner's ball to firmino

That's one hell of a pass from Milner. #LFC

Pinpoint pass by Milner, the guy does it all. Complete player. #LFC

Is it Lucas swansong #LFC

Liverpool held on to win 1-0 and fans were ecstatic…

Absolutely brilliant once again #LFC . Great things are on the horizon for this team, bring on 2017! Happy New Year my friends! #LFC

What a win! Dug it out, not pretty but hey, we can defend if we get men behind the ball. Wijnaldum outstanding, Lovren + Klavan also great

A different type of win, but a win nonetheless. Good end to 2016 & hopefully 2017 will continue in similar vein

Wijnaldum Man of the Match by far, brilliant headed goal, relentless work rate and nitted our play together

Not a sh*te year for #LFC though, far from it, only the start too.

GET IN!! Hanging on after an early goal ??

Jurgen showed he can play a different hand!!not pretty but affective.ynwa

Fantastic win, what a way to end 2016! ? pic.twitter.com/WRZAavHfa8

That is an absolutely huge three points. What a performance. Happy new year!