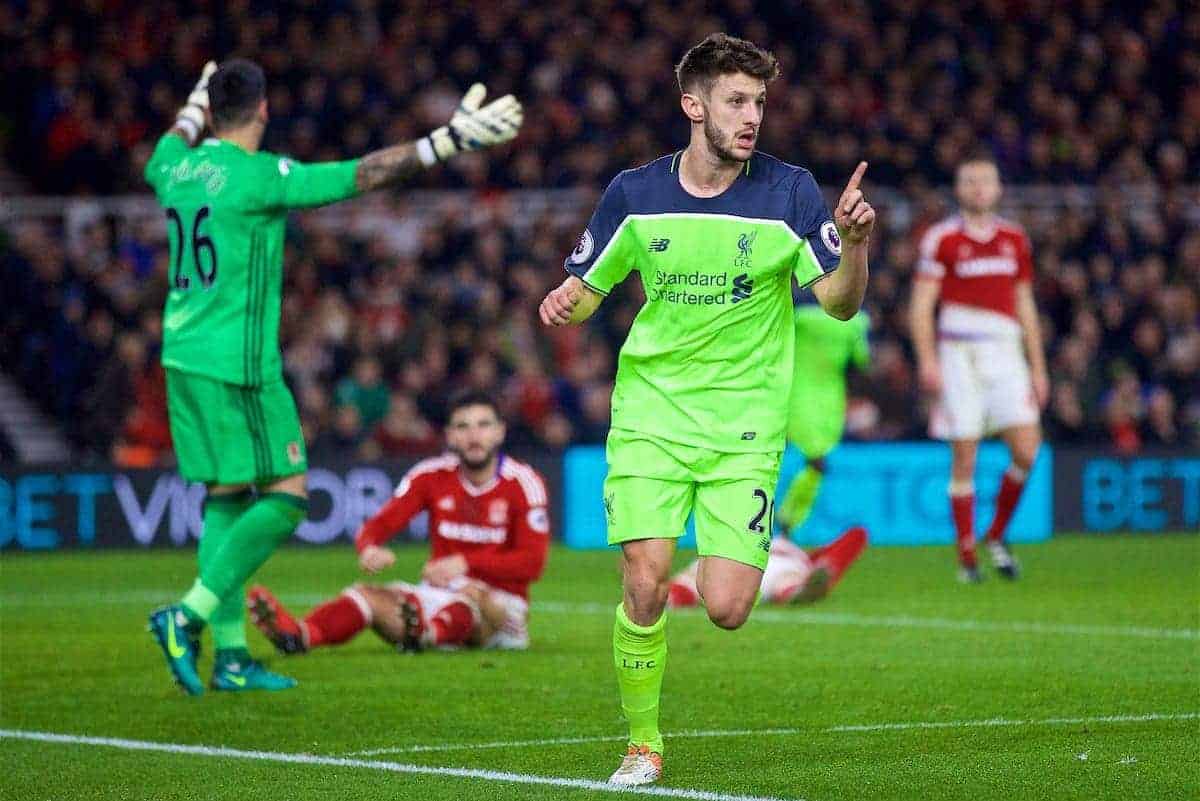 Jurgen Klopp has spoken about the excellent goalscoring form of Adam Lallana, following the midfielder’s double at Middlesbrough on Wednesday.

The Red picked up a vital win at the Riverside Stadium, cruising to a 3-0 victory thanks to two clinical Lallana finishes and a fifth goal in as many games for Divock Origi.

It was a much-needed boost, with Liverpool suffering a minor blip of late, and the three-goal win saw Klopp’s men return to second in the Premier League, in place of Arsenal.

Lallana was the star man against Boro, as has so often been the case this season, with the 28-year-old imperious from start to finish.

After the game, Klopp spoke about his neighbour’s new-found eye for goal, following his sixth league strike of the campaign.

“Adam is an important player even when he doesn’t score, but of course it is nice that he’s in this situation,” Klopp said.

“The most important thing is that about one year ago, we sat together in my office, and although I was happy with his performances, he was like, ‘I don’t finish, I don’t score’.

“It’s all about being involved, being protected by your teammates (when you go forward) and being free.

“Today, twice he was in a wonderful position, but his goals were thanks to “Clyney” and Divock [Origi], who gave him quite easy finishes.

“It’s all good—I enjoyed the game a lot.”

The way in which Lallana has grown at Liverpool is incredible, having gone from boo-boy to one of the most important players at the club in two years.

For so long, it looked as though the Reds had wasted £25million on the England international, but he has been a revelation under Klopp.

As the Liverpool manager eluded to, his new midfield role has brought out the very best in him, and at 28, he is right at the peak of his powers.

Much has been made of the importance of Philippe Coutinho in the Brazilian’s current absence, and while this is absolutely correct, Lallana’s spell on the sidelines also really hampered Liverpool’s fluency.