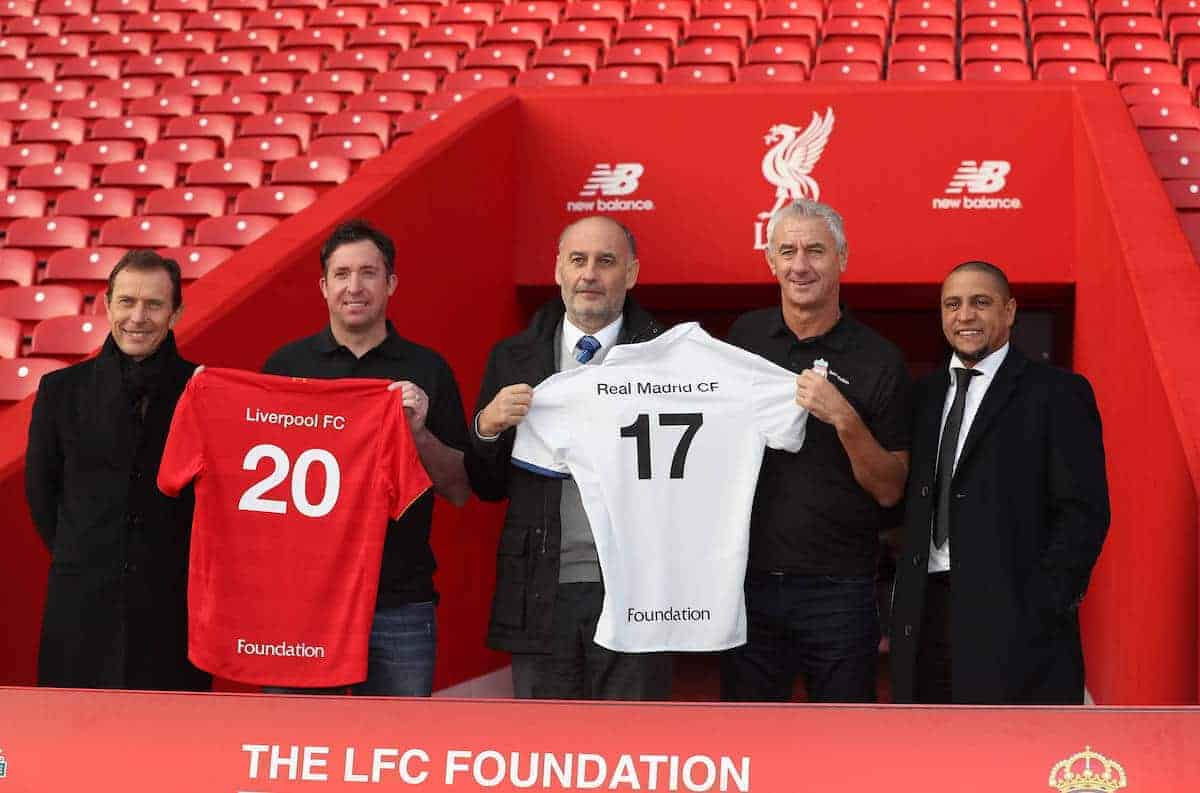 Liverpool will host Real Madrid in a legends match at Anfield in March – a game that could see recently retired Steven Gerrard back in red.

A LFC legends team will host Real Madrid legends on March 25th, 2017 – the return match from when the sides played at the Bernabeu in June 2015.

But the last time Liverpool legends played a charity match was down under in Sydney in January – a game Gerrard played in during the off-season from MLS, so despite him not being named on the official press release on Monday, fans will be hoping he’ll be added to the Reds’ squad. The match at the Bernabeu saw Zinedine Zidane line up for the Spanish giants but he’s unlikely to take to the Anfield pitch now he’s in charge of Los Merengues, although the game is during an international break. Luis Figo and Roberto Carlos will be among the the stars in action for Los Blancos though.

The match will raise funds for the Liverpool FC Foundation, the club’s official charity.

Liverpool FC Ambassador, Robbie Fowler, will captain the Reds side with the hope of claiming victory in front of the Kop. LFC’s top goal scorer, Ian Rush, will also act as player manager for the team.

All proceeds from the match will go to the LFC Foundation – the Club’s official charity. The aim of the LFC Foundation is to make a real difference to the lives of children and young people. Funds raised will support the charity’s programmes and partnerships, which aim to improve the health and life chances of children and young people in Merseyside and beyond.

Fowler said: “We’re really looking forward to playing Real Madrid next spring. We hope to put on a really good show for our fans in the first legends game held at Anfield, whilst raising funds for the Liverpool FC Foundation.”

Andrea Cooper, Head of the Liverpool FC Foundation said: “We are delighted to host our friends from Real Madrid in the return leg of the charity game held last summer. With our fans’ help we can make a really positive difference to thousands of children and young people who need it most.”