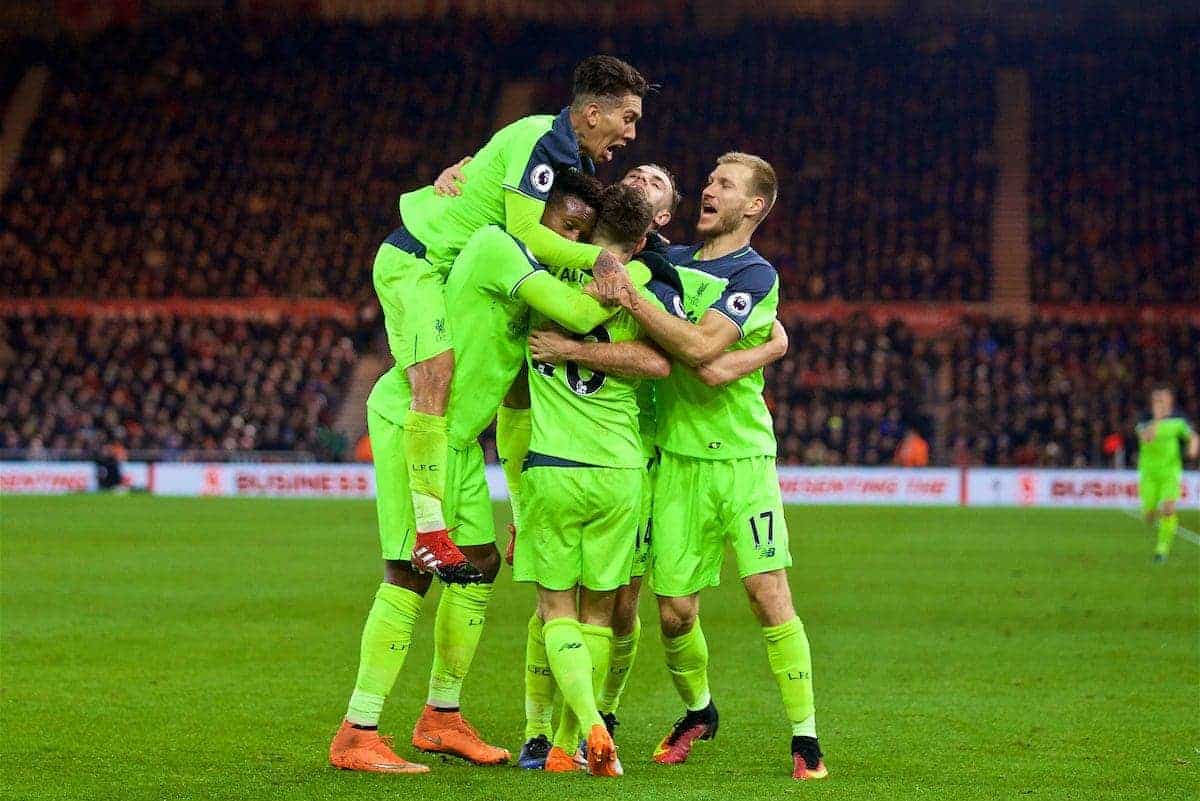 Adam Lallana scored two and laid on another as Liverpool sealed a comfortable 3-0 victory away to Middlesbrough on Wednesday night.

Having won just two of their last five games in all competitions, Liverpool travelled to Riverside Stadium on Wednesday night, a venue they had failed to secure victory at since 2002.

Taking on a Middlesbrough side hovering above the relegation zone, the Reds looked to put their poor form beside them and seal a win on Teesside, ahead of a tough run of fixtures for the rest of December.

Jurgen Klopp made a bold move in replacing goalkeeper Loris Karius with Simon Mignolet, as one of two changes to the side that drew 2-2 with West Ham United at Anfield on Sunday afternoon.

With Aitor Karanka’s side having held Manchester City to a 1-1 draw and pushed Chelsea to the limit in a 1-0 defeat in November, the Reds faced a tough challenge, and passed it with ease.

Wearing their luminous green kit once again, Liverpool came under early pressure from the home side’s forward line, with the pace of Adama Traore providing James Milner with a tough test in defence.

Mignolet was drawn into two saves within the first 25 minutes, holding onto Fabio’s long-range strike and, more impressively, Ben Gibson’s header, deflected off the shoulder of Georginio Wijnaldum inside the six-yard box.

After half an hour of probing outside the Middlesbrough box, Liverpool had their opener, with Nathaniel Clyne‘s inch-perfect cross powered home by Lallana with the header.

Lallana was then needed at the other end to deny Adam Forshaw, blocking ex-Everton midfielder’s shot after Traore beat Jordan Henderson for pace on the right flank.

Liverpool almost grabbed their second just before half-time, with Sadio Mane bursting free before hitting the post, while Divock Origi fired just wide on the rebound, leaving the travelling Reds to settle for a one-goal lead at the break.

Liverpool opted for a change in approach in the opening stages of the second half, launching the ball forward quickly for the likes of Mane and Origi to race onto.

Mane saw an early effort blocked in the penalty area, before Roberto Firmino headed wide, taking the ball away from the onrushing Lallana.

The Reds kept up the momentum as the half went on, and were rewarded with an excellent goal on 60 minutes, with Wijnaldum and Mane combining, before Lallana threaded Origi through for his fifth in as many games.

Origi then turned provider for Lallana less than 10 minutes later, curling a low cross in for the Englishman after some excellent work from Mane on the break, capping another fine team move.

With the Reds dominant throughout the second half, Klopp sent on teenagers Trent Alexander-Arnold and Ovie Ejaria late on, as they comfortably got back to winning ways in the Premier League.