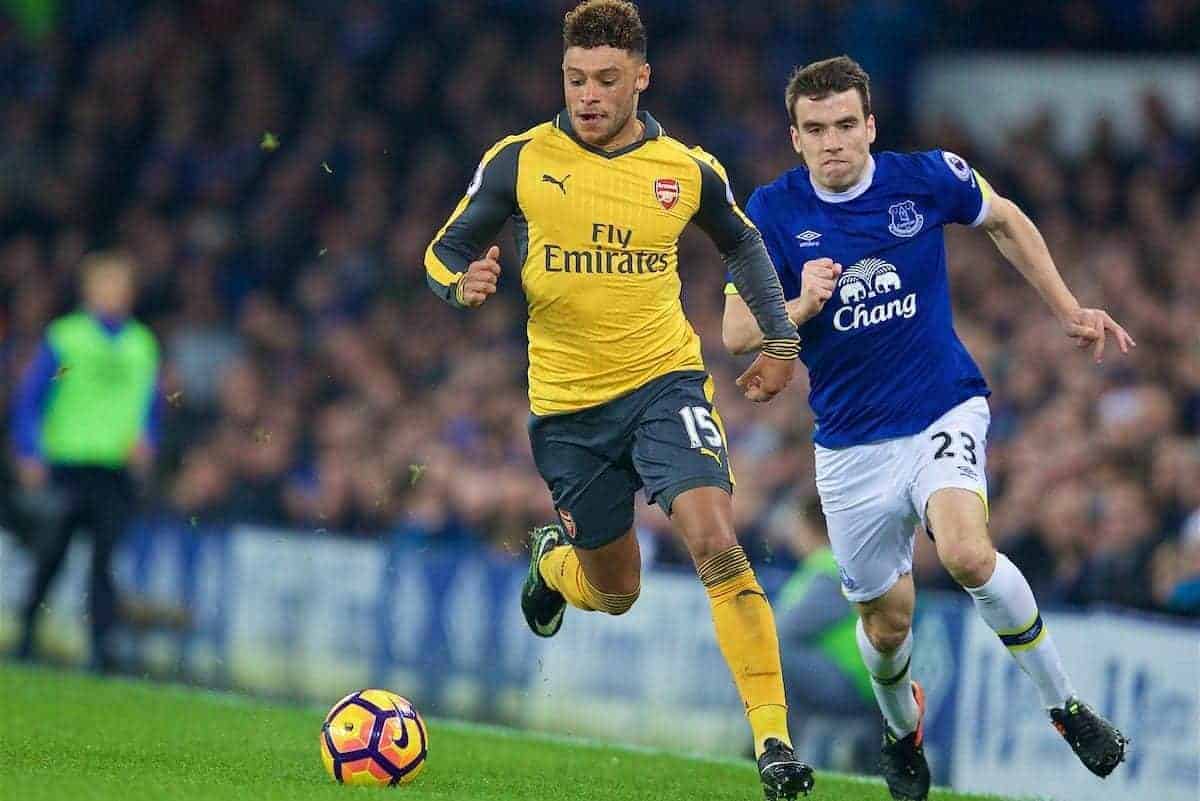 Responding to reports linking Alex Oxlade-Chamberlain with Liverpool, Jurgen Klopp has ruled out a move for the Arsenal midfielder.

Klopp, who typically refuses to comment on transfer speculation made an exception in this case, speaking at his press conference on Thursday ahead of the match against Manchester City.

Klopp said unequivocally: “Usually I don’t say anything about transfers but I will make an exception – nonsense.”

The 23-year-old was claimed to be a winter target for the Reds on Wednesday night, with both the Guardian and the Telegraph claiming Liverpool’s interest.

Oxlade-Chamberlain is believed to be valued at over £20 million, despite having just 18 months on his current contract.

Meanwhile, Arsenal have no intention in letting him join a top four rival in the middle of a season.

As expected then, this is a complete non-runner, with those original reports tellingly originating from reporters not linked with Liverpool, meaning the story was likely being pushed from the player’s side.