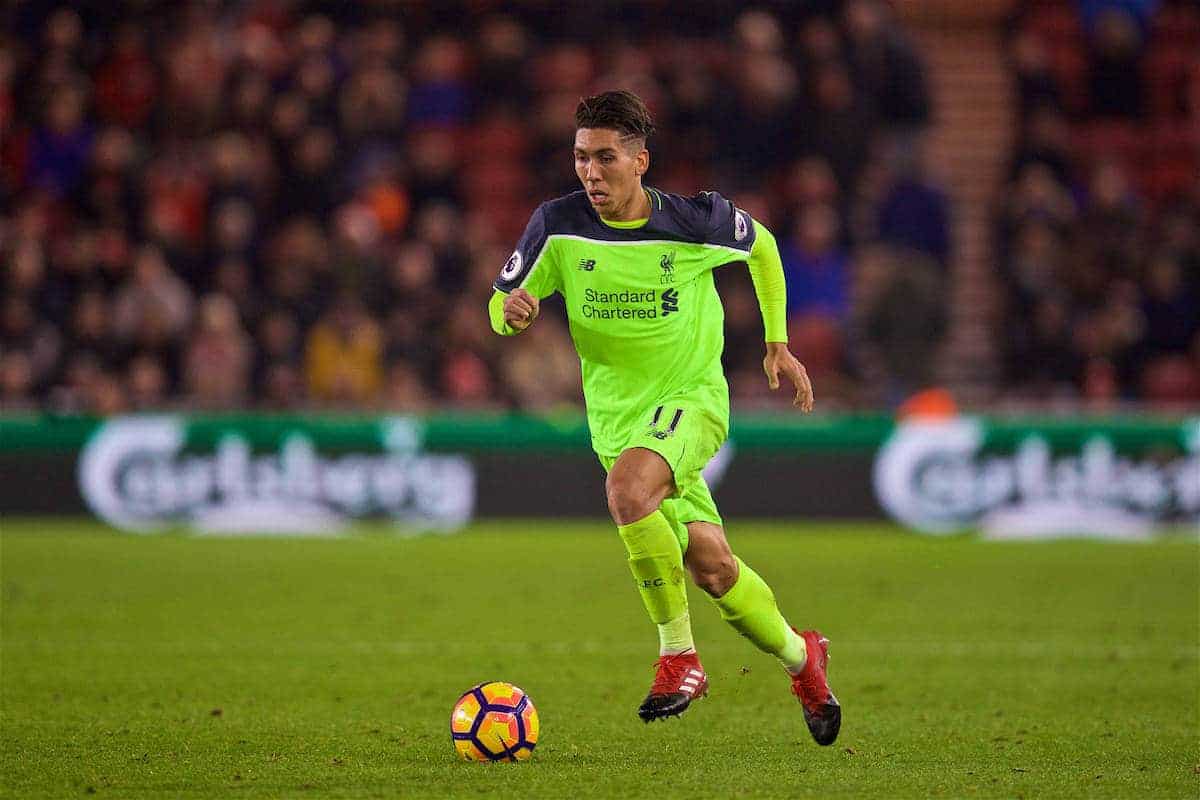 Roberto Firmino says Liverpool’s players are hell-bent on winning trophies in 2017, as they look for a first piece of silverware since 2012.

It is nearly five long years since the Reds overcame Cardiff City on penalties at Wembley, winning the League Cup in the process.

That was the last time Liverpool tasted trophy success, with defeats in the Europa League, FA Cup and League Cup all suffered since that day.

Under Jurgen Klopp, however, the Reds are looking a real force, and they currently sit second in the Premier League and have a League Cup semi-final clash with Southampton on the horizon.

Firmino believes this is a squad capable of glory in 2017, and says it is something everyone is working towards.

“Unfortunately, we lost two finals last season and that has still left me without a trophy or medals,” Firmino told Liverpool FC Magazine.

“At the moment Liverpool are doing well and that creates a willingness to win something this season and that is what we are aiming for.

“We are playing to win titles in 2017 and we are doing our best to achieve that because that will make us excel in our careers as professional footballers.

“That is what we all want for each other, for the fans and for the club.” The 25-year-old also spoke with great happiness at the nickname Liverpool fans have bestowed on him, with the Brazilian now one of the most popular players at the club.

“I love hearing the fans calling my name and at the moment they are calling me Bobby Firmino!” he added.

“It is exciting when they are shouting your name and singing for you.

“That is a sign that we are doing something well and also a sign that they love what you are contributing for the team and an indicator of their overall support for the team.”

It has been a superb 12 months or so at Anfield for Firmino, and he has recovered well after a relatively disappointing start.

He is arguably the first name on Klopp’s team-sheet, due to his magnificent off-the-ball work and quality in the final third, and he will be vital in Liverpool’s quest for glory this season.

With fellow key man Philippe Coutinho out injured and Sadio Mane heading to the Africa Cup of Nations next month, Firmino needs to be at his very best in the coming weeks.