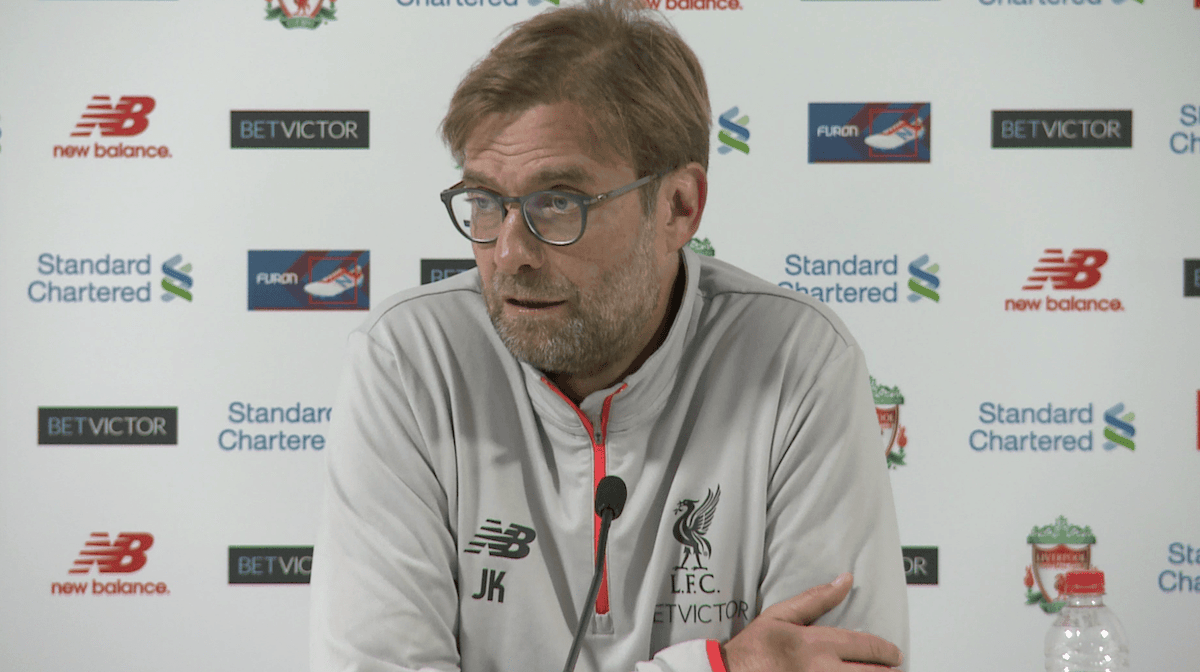 Watch Jurgen Klopp address the media after his side dropped two more points in a 2-2 draw against West Ham at Anfield.

Klopp saw his side fail to win for the third time in four league games, with Divock Origi‘s goal shortly after half-time cancelling out West Ham‘s half-time lead.

The manager though noted that while it was negative not to have won, it was another point gained.

“We started brilliant… 1-0 up all good,” said Klopp. “Then we got a little bit too ‘excited’ I would say, not a real formation for protection.

“We had 2 centre halves and sometimes Hendo. We gave the game a little bit away in this moment, not in control [of the game].”

Asked about the positioning of goalkeeper Loris Karius on West Ham‘s first goal from Dimitri Payet, Klopp claimed he had only seen it the once but that he had been asked so many times by media that his positioning must have been wrong.

With his side having been top at the last international break, dropped points to Southampton, Bournemouth and West Ham have hindered Liverpool’s progress, seeing them drop to third – six points behind Chelsea.

“It’s difficult to stay in the race with Chelsea when they win every week,” said Klopp. “We didn’t. The season’s very long.”

Klopp explained that centre-back Dejan Lovren was suffering from cramp in the hamstring area and hence his substitution at half-time.