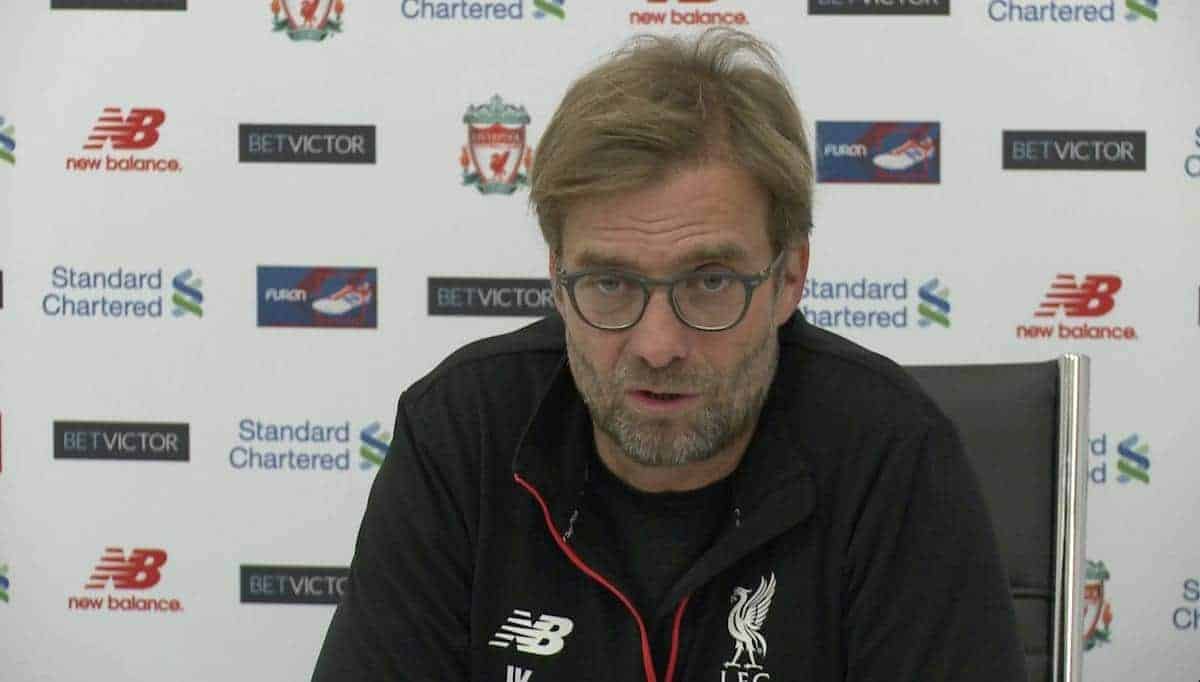 The Reds welcome their title rivals to Anfield to round off 2016, looking to continue their push for Premier League glory.

Guardiola’s City are currently one point behind Liverpool in third, ensuring this is a must-win clash for Klopp’s side, and he provided a preview at Melwood on Thursday afternoon.

First on the agenda, however, were reports of Liverpool’s interest in Arsenal attacker Alex Oxlade-Chamberlain, which Klopp promptly dismissed as “nonsense.”

“If we think we have to do something, and if there’s the player who can help us—not only in January, but February, March, April, May and the season after—then we would do something,” he continued.

“If not, then not. It’s one of the only times of the year when you can do something, so it’s of course important. But I’m not sure it’ll be important for us this year.”

Klopp also ruled both Coutinho and Joel Matip out against City, as well as casting doubt over their availability against Sunderland on January 2.

Guardiola, who was at Anfield to watch Tuesday night’s 4-1 win over Stoke City, was one of the major topics of discussion, but Klopp dismissed any suggestion of their rivalry.

“It’s not like we have a look back at the last few games against Guardiola,” he said, “because we don’t play each other.”

However, he was quick to praise his opposite number, who has has already come up against during the Spaniard’s time with Bayern Munich.

“He had a fantastic career until now. Nice start at Barcelona, really, really good at Bayern and now he’s at City,” he continued.

“I think he’s there to be successful, not to show how good he is. That’s how we all are, we want to help our team.”

Liverpool’s clash with City kicks off at 5.30pm (GMT), with This is Anfield providing coverage throughout the evening.