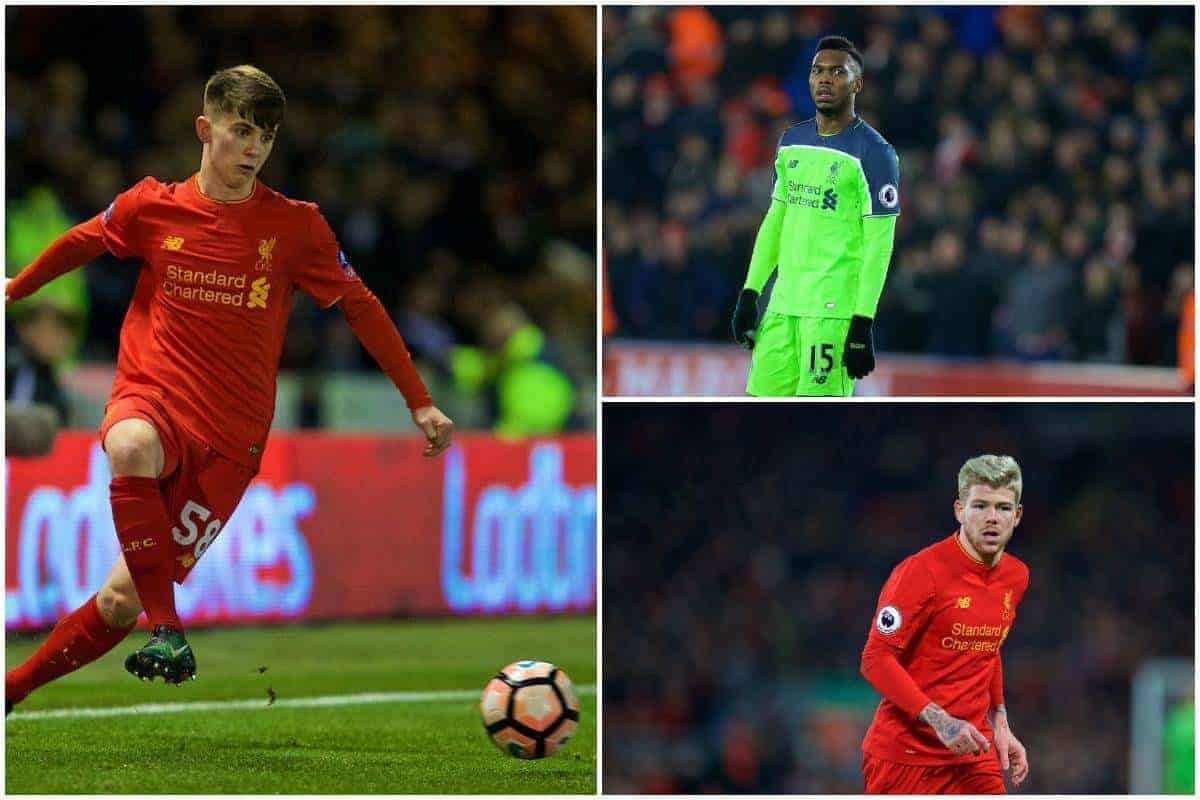 Liverpool host Wolves in the FA Cup fourth round at Anfield on Saturday, as the Reds seek to improve morale ahead of Chelsea‘s visit on Tuesday.

This is the first meeting between the Reds and their Championship opponents since January 2012, when goals from Andy Carroll, Craig Bellamy and Dirk Kuyt inspired Kenny Dalglish’s men to a 3-0 win at Molineux.

Although Liverpool are, on paper, comfortably superior to their opponents, Jurgen Klopp is expected to make changes, which could even things up significantly.

Add to that the fact that the Reds are really struggling for form, and this could be another nervy afternoon on Merseyside. Wolves will fancy their chances.

Here are five players we’d like to see start for the Reds on Saturday.

Liverpool look a tired team at present, and one of those who really looks like he’s running through treacle is James Milner.

The 31-year-old’s form has been questionable for a while now, and it makes complete sense to give Alberto Moreno a runout in his place against Wolves.

Moreno has come in for so much criticism this season, but for all his shortcomings, he is not as bad as many like to make out.

He brings more pace and natural width to the team than Milner, and his direct approach could come to the fore against Championship opposition.

Whether or not Moreno will be a long-term success story is certainly up for debate, but as the season progresses, he may be used more.

Saturday will provide him with a good opportunity to prove his worth.

With Emre Can one of Liverpool’s most out-of-form players, it was a real surprise to see him start against Southampton on Wednesday.

Georginio Wijnaldum was the man to miss out, and judging by the eventual scoreline, it was not the wisest of decisions by Klopp.

Seeing as he only had a late cameo at Anfield, Wijnaldum should be fresh enough to start on Saturday, and Liverpool cannot rely on just playing youngsters.

The Dutchman’s experience and physicality in the middle of the park will be crucial, especially as Can and Jordan Henderson are expected to start on the substitutes’ bench.

Despite playing well for much of the campaign, Wijnaldum could do with influencing things a little more in the final third—Saturday could be the day he adds to his two goals for Liverpool. As mentioned, there are sure to be changes in midfield, as Klopp keeps certain players wrapped in cotton wool for Tuesday’s Premier League showdown with Chelsea.

This should provide Ovie Ejaria with another opportunity to show his quality, having made seven appearances already this season.

The silky youngster hasn’t always stood out when given an opportunity, but there is a confidence about him that doesn’t make it a risk starting him.

He will need to get stuck in against a Wolves midfield who like a battle, but he has shown in the past that he will not shy away from it.

If Ejaria is to make it at Liverpool, these are the games in which he has to come in and look the part. So far, he has. Another of Liverpool’s most promising youngsters, Ben Woodburn has come from nowhere this season to become one of the most talked-about academy products in years.

The 17-year-old may still be very raw, and lacking physical presence, but he plays with a fearlessness that gets supporters on their feet.

With the likes Adam Lallana, Philippe Coutinho and Roberto Firmino expected to be rested, Woodburn can slot into the Reds’ attack on Saturday.

He has occupied a left-sided role when given his chance this season, allowing him to cut inside and cause problems, and it makes sense for Klopp to start him there again.

We shouldn’t be expecting too much from Woodburn right now, but every game that comes his way is another step in the right direction.

This isn’t just playing him for the sake of it, though—he can hurt Wolves.

Daniel Sturridge endured another night to forget against Southampton, with a couple of key misses ultimately proving costly in the tie.

The 27-year-old does look like a fading force, sadly, but he also deserves another match in which to try and regain his form.

There is little to no chance that he will start against Chelsea—a game that is likely to be intense won’t suit him—so allowing him to lead Liverpool’s attack against Wolves could be a no-brainer for Klopp.

He still has the ability to find the net more than any other Reds player, and Wolves‘ defence should allow him more space than some of the Premier League‘s best back lines.

With each game that passes, the more it would seem Sturridge won’t be at Anfield after the summer—we should enjoy him before it is too late.