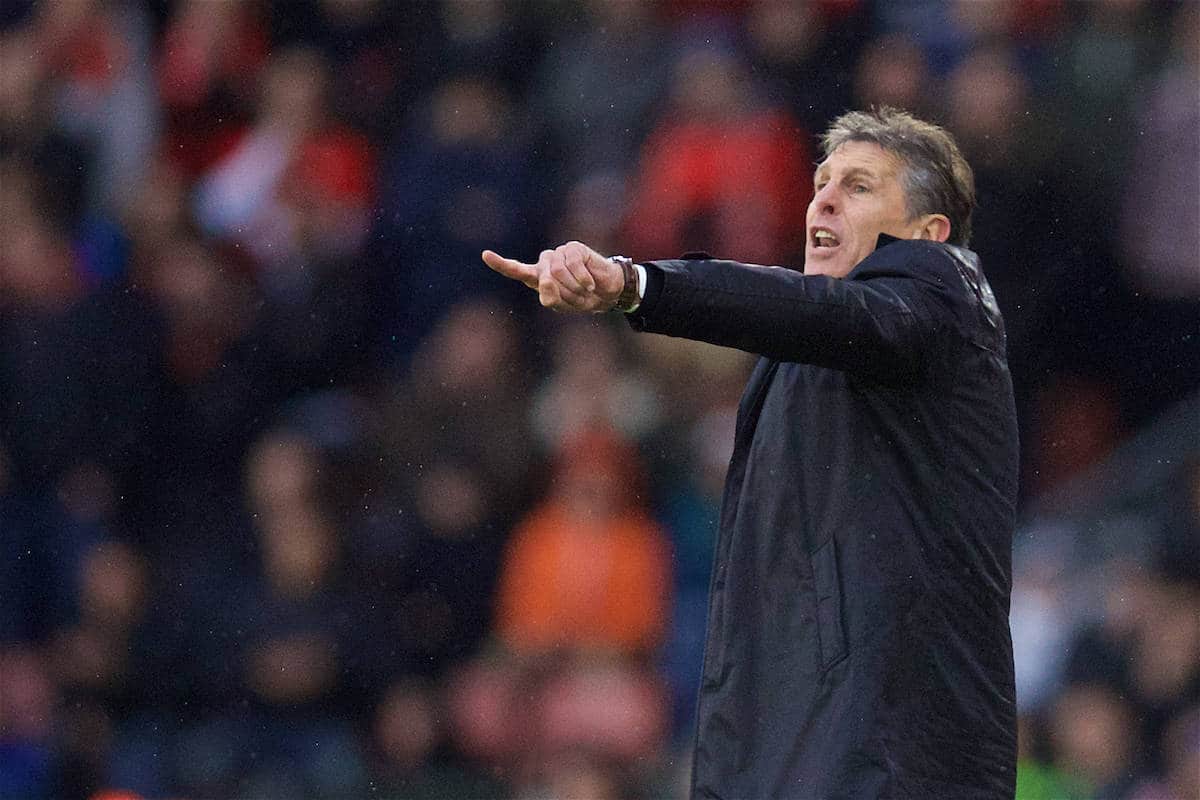 Southampton manager Claude Puel believes with a bit of improvement his side will have what it takes to beat Liverpool in the League Cup on Wednesday.

Saints held the Anfield club to a goalless draw in the Premier League in November and will be aiming to build on that as they look to gain the advantage in the opening leg of the semi-final at St Mary’s.

Jurgen Klopp‘s men have only failed to win eight games out of 25—six draws and two defeats—in all competitions so far this season, but Puel believes the point they took off the Reds late last year also marked one of their best performances as a team.

“We played Liverpool in the Premier League and it was a strong game for us with organisation,” said the Frenchman.

“We played strong and were strong in defence. We played at a good level but it will be important for this game to have more of the ball and try and have control of the game.

“Their ability to control the ball along with good pressing, with technical players, is exciting. We want to exploit them.

“The players are ready for the game. It is an exciting challenge for us. The Premier League game was strong, there are many games in January, different possibilities.

“This game is important and I think my players are ready for the game.” Southampton have so far used the EFL Cup to utilise the numbers in the squad, with fringe players such as defender Maya Yoshida and goalkeeper Alex McCarthy getting the chance to show Puel what they have to offer.

And Puel admits the competition has become important for the team because they all believe they have a strong chance of winning a trophy this season.

However, he has not started thinking about the final at Wembley yet.

He said: “The semi-final is important. It is an excellent challenge and we want to try and make the best of the opportunities.

“The competition is important. This competition is an opportunity for us to win something, we have more chance of winning this than the Premier League.

“We need some good work and we want to keep our good possibilities. The second [leg] away is difficult, it is always difficult.

“Since the beginning of this competition all players have been competing, young players and experienced players. We have used all the squad in the competition but it is an excellent challenge but very difficult.

“It is not possible now to think about the final. We want to go out there and compete our best.

“I think that it is good because all the squad can be involved in the competition and we want to get a strong result for our fans and us.”